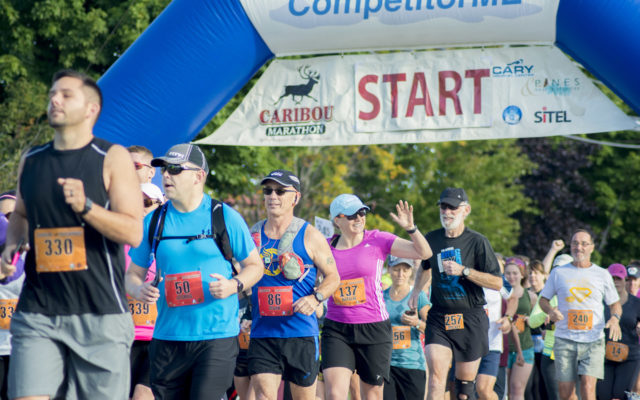 New Caribou events in 2020 to include bicentennial celebration

Chris Bouchard • December 26, 2019
While few details are available, Caribou Marketing and Events Coordinator Christina Kane-Gibson said the city will be adding a few new events next year, which will include a special celebration in honor of the state’s bicentennial.

CARIBOU, Maine — The city of Caribou is in the process of planning a special event honoring the state of Maine’s 200th anniversary, in addition to gearing up for its regular events such as Thursdays on Sweden Street and the Caribou Marathon.

While few details are available, Caribou Marketing and Events Coordinator Christina Kane-Gibson said the city will be adding a few new events next year, which will include a special celebration in honor of the state’s bicentennial.

“And we’ll still have all of our old favorites,” she added, referring to Thursdays on Sweden and the Caribou Marathon. 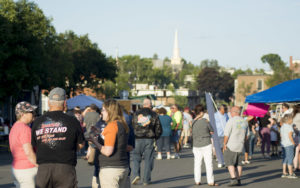 Thursdays on Sweden, a street festival held on Sweden Street in Caribou, has been running for more than half a decade and now brings hundreds of guests to each event. The street festival is focused around the summer months, beginning in early June and wrapping up in late August or early September.

In addition to these, Caribou held a series of events in 2019 surrounding local astronaut Jessica Meir’s journey into space and subsequently on the first all-woman spacewalk on Oct. 18. Caribou Public Library, Caribou Wellness and Recreation Center and Nylander Museum of Natural History all held space-themed events throughout the month, and the local schools also geared classroom activity around Meir’s outer space adventure.

The culmination of the Meir-themed events was a downlink on Oct. 29, at the Caribou Performing Arts Center, during which students were able to ask Meir questions live as she interacted with them from the International Space Station.

The city will also hold its 5th annual Caribou Marathon next year, a Boston Marathon qualifying event that brought more than 1,000 people in 2019.

Kane-Gibson was also honored by Gov. Janet Mills this year for putting Caribou on the map since returning to her hometown in 2017. In addition to recognizing her efforts with the marathon and Thursdays on Sweden, the state Tourism Award for Innovation and Creativity also recognized her work in coordinating a large event in which the city hosted BikeMaine last year.

I was mentioning to our board of directors this past week that I got a quarterly report from a large online retailer who will donate a portion of my purchases to a charity I select.
Campaign Corner END_OF_DOCUMENT_TOKEN_TO_BE_REPLACED