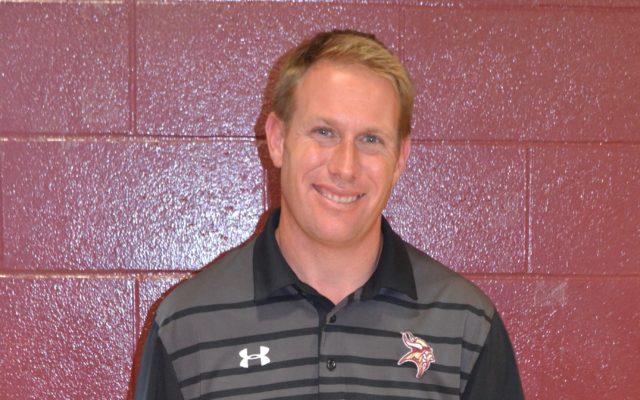 Beckum is no stranger to the job. He’s coached a total of 17 seasons of wrestling, five at Caribou High School and 12 combined with middle schools in New Sweden and Woodland.

The school hired Beckum less than a week after former coach James “Chico” Hernandez abruptly resigned in late January. School officials did not comment on the reasons for Hernadez’s resignation. Hernandez coached the wrestling squad at Caribou for the past 10 years. He also coached the school’s track and field team in years past.

“They needed another coach and I wanted to make sure the kids were able to continue throughout the season and do well,” Beckum said. “So I offered to help them out for the rest of the season.”

Since being hired, Beckum has coached the team during a Jan. 25 match at Belfast and Feb. 1 match at Mount Desert Island. Looking ahead, the Vikings host the Class B regionals at Caribou High School against 13 other teams on Saturday.

Beckum said he’s looking forward to doing well at the regional meet, adding that he’s hoping for two or three students to qualify for the state championship and to continue building the program.

“We’ve got a really young team and they can do very well,” he said. “We had five kids place at the PVC championships last weekend, and we would’ve had another one place but he didn’t make weight.”

As a coach, he said fostering a positive team environment and encouraging kids to believe in themselves is key to a successful season.

“If wrestlers have confidence and they help out their teammates and work together, they can accomplish amazing things,” he said. “The main thing is giving kids the confidence they need and making sure they believe in themselves.”

Leading up to the regional event, Beckum said he’s working with the team on the fundamentals, making sure moves are tightened and that “everything is going with the flow.”

“There are so many steps and wrestling moves that if one thing goes wrong, you get stuck,” Beckum said.

Throughout the week, Beckum and the team are practicing from 3 to 4:30 p.m., training for the big match on Saturday.

“We’re focusing on getting through the season right now,” he said of possibly continuing to coach the team during future seasons. “We’ll see what happens later on.”

Through his past experience in wrestling, Beckum said he has worked with nearly everyone on the current team.

“I’ve had most of these kids since preschool and kindergarten, either through school or through coaching,” he said. “They’re coming along just fine, and they’re good kids.”