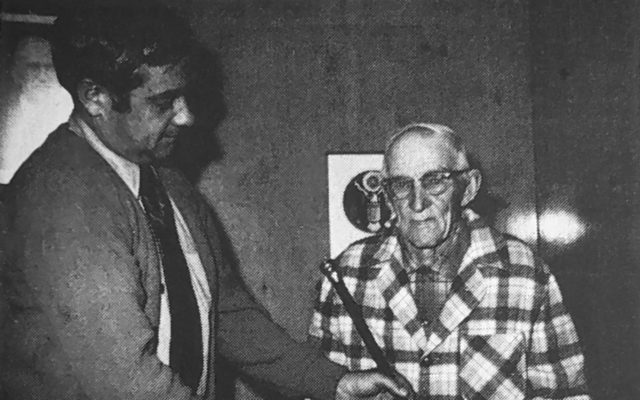 Presque Isle K. of C. Council state champs — The local K. of C. Council entertained their state championships bowling team and also the “Father Hayes Circle of Columbian Squires” at a supper in the private dining room of the Northeastland Hotel. Patrick Hayes, Chief Squire of the local circle, thanked the Grand Knight E.A. Gagnon and the K. of C. Council members for their help in organizing the circle at Presque Isle.

Bronco star at Easton — Debbie Rooney received a special visitor at Easton Junior High School May 18 when John Juard of Waterville, middle linebacker and defensive captain of the Denver Broncos, answered a letter in person. Debbie had written to Huard asking him about physical fitness in today’s educational system.

Brian Cronin is new coach — Brian Cronin, a teacher of health and physical education at Skyway Middle School in Presque Isle since 1987, was named the new baseball coach at the University of Maine at Presque Isle. Cronin, a native of Boston, Massachusetts, took over for Mike Brown, who returned to his home state of Vermont after a one-year stint with UM-Presque Isle. The Owl squad was winless in 20 games in the previous season.

Signing up — An eager group of children registered for the bike-a-thon portion on Saturday’s DARE Challenge. More than 200 people participated in the program, which included walkers, bikers and rollerbladers. All proceeds from the event went to the Drug Abuse Resistance Education program in Presque Isle.