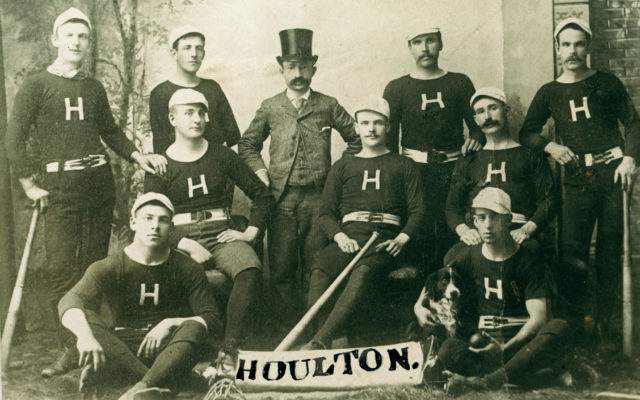 Meg York, Special to the Pioneer Times • May 20, 2020
The Houlton Rotary Club held their sixth Zoom meeting on Monday, May 11. Everyone seems to be getting more accustomed to the virtual meetings, and the sight of those little squares of faces is becoming more familiar every week.

The Houlton Rotary Club held their sixth Zoom meeting on Monday, May 11. Everyone seems to be getting more accustomed to the virtual meetings, and the sight of those little squares of faces is becoming more familiar every week.

Some faces are hazy, some are shadowed by a heavy light streaming in from the window behind them, and some have elaborate backdrops such s Aroostook County, San Francisco or the Caribbean. Some Rotarians join by phone only.

As everyone continues to settle into this new normal, seeing each other’s faces and hearing one another’s voices fulfills the human need to connect and converse at least on some level. Receiving snippets of news and listening to a presentation brightens the week for most members.

Rotarian Henry Gartley was Monday’s presenter, and he guided the group on a virtual tour, providing everyone a glimpse of a little slice of Houlton’s fascinating past in rarely seen photos. It was an entertaining escape, as Gartley introduced members to characters from the past that came alive on the screen with their early 20th-century garb and stern expressions.

Two such characters were Charles West and his wife with his horse and buggy on Main Street in 1902, and Ransford W. Shaw, an attorney (Shaw later founded the Houlton historical museum), who was posing in his law office in 1906 with the calendar showing the date, and the clock showing the time of 11:18.

Several photos from the late 19th century and early 20th century revealed the interesting interiors of barbershops or stores and offices, indicating a strong Victorian influence. Perhaps clutter was overlooked if not preferred, as many pictures on the walls were placed haphazardly, and there were many little glass bottles and vials on shelves and windowsills. Somehow despite the bestrewn look of some of the interiors, there was beauty in the authenticity and the classic quality of each handcrafted item placed closely together. 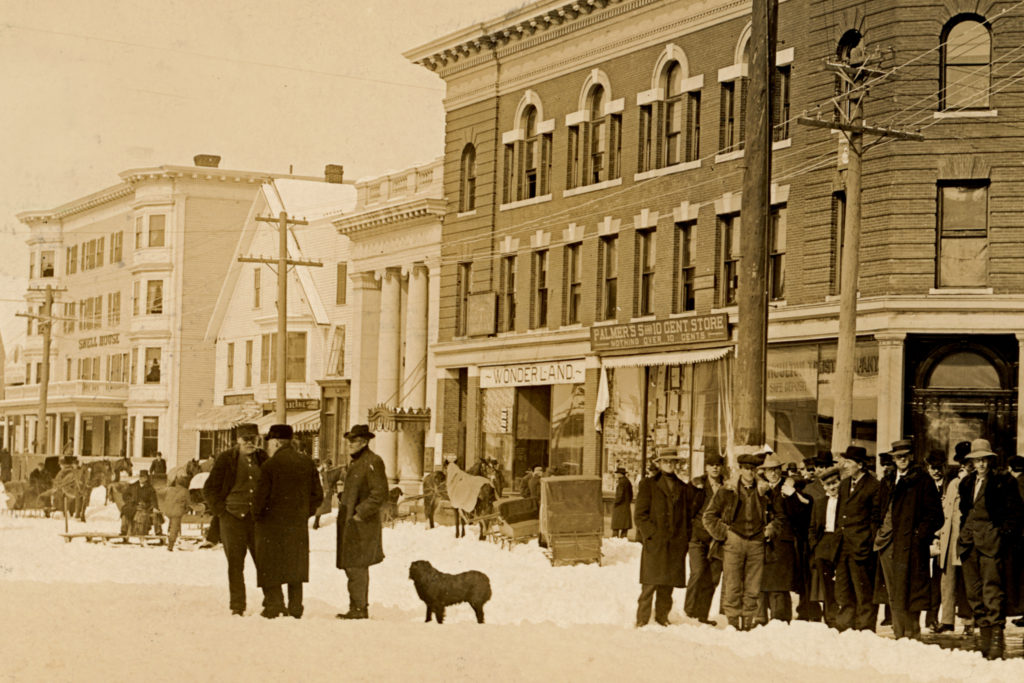 This undated photo of Market Square by Klein was included in Henry Gartley’s virtual tour of vintage Houlton during a recent Rotary meeting.
(Courtesy of Henry Gartley)

Several different photos dating from the 1800s to the early 1900s depicted Market Square and Union Square at different times of the year. It was a fun challenge for Rotarians to identify where specific photos were taken, especially when many of the buildings from the photos no longer exist.

Houlton was affected by viruses just as we are experiencing now, such as the Spanish flu in 1918, which took many lives. However, the damage and destruction from devastating fires were much more significant and disastrous for Houlton residents. The town was ravaged by several fires throughout the years, and Gartley showed the group an interesting photo of a building in Market Square with a uniquely slanted roof. The roof of this building could only be seen after the 1893 fire, but just before the restructuring of new buildings beside it which hid its odd-shaped roof, making its location in the late 19th-century photo difficult to identify.

A photo taken just after the Great Fire of 1902 looking up Main Street, though, shows the barren ruination that early fire wreaked on the town. The fire in 1902 destroyed many of Houlton’s older wood-framed buildings which eventually led to the design and structure of many of the beautiful brick and masonry buildings which still characterizes historic Market Square today.

Gartley ended his presentation with links to the Houlton Historical Museum’s website: https://houltonmuseum.wixsite.com/acham and Facebook: https://www.facebook.com/HoultonMuseum. This website features videos starring Rotarian Leigh Cummings, who takes viewers on virtual tours of the museum, and highlights many scenes from Houlton’s rich history. The museum also offers QR codes which are linked to YouTube videos and promote several synopses of segments in history, such as information about Black Hawk Putnam or tutorials on period candlemaking.

Gartley works closely with Leigh as well as Rotarian Linda Faucher, director of the Cary Library, to piece together puzzles from photos of historical Houlton and the surrounding area.

A few years back the Ark was gifted with something that we never dreamed possible. It is a gift that left us speechless and opened a whole new door for us.
Campaign Corner END_OF_DOCUMENT_TOKEN_TO_BE_REPLACED