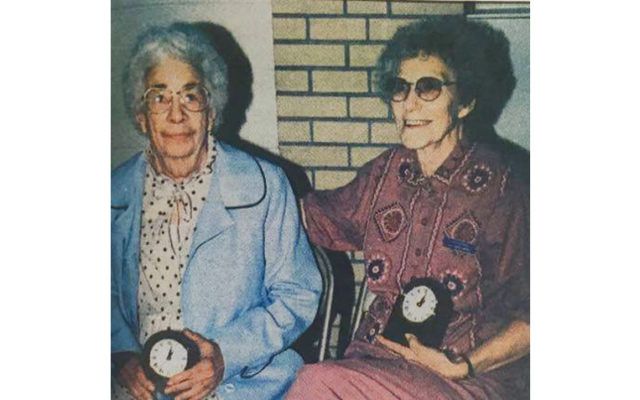 Lanette Virtanen • May 27, 2020
100 Years Ago - June 2, 1920      Gone to Boston — H. G. Dibblee left Monday evening for Boston where he will join a party of Cole agents for a trip to the factory in Indianapolis, where he will get his allotment of Cole cars for delivery.

Gone to Boston — H. G. Dibblee left Monday evening for Boston where he will join a party of Cole agents for a trip to the factory in Indianapolis, where he will get his allotment of Cole cars for delivery.

Attend opening of new bridge — Mr. and Mrs. A. E. Carter accompanied by Hon. and Mrs. Frank A. Peabody left Sunday for Bar Harbor by auto where they attended the opening of the new State bridge, which was dedicated on Memorial Day. They returned Tuesday.

Resigned — Clyde C. Stinson, who has been science teacher and track coach at Houlton High School for the past 16 years, has resigned effective the end of this school year, to accept a position on the Old Town High School faculty as teacher of physics and chemistry and track coach.

Ricker gets $2,000 gift — The Ricker Restoration Fund was strengthened this week by a large contribution presented by Ernest E. Wheeler of South Royalston, Mass. This contribution was made in bonds, the value of which is estimated to be $2,000. And is presented to the campaign fundy by Mr. Wheeler to perpetuate the memory of Vesta E. Chadwick, Ricker ‘94, and her sister, Mary D. Chadwick ‘88. The Misses Chadwick had been teachers in the public school system of Boston for a number of years. They were both born in Houlton.

‘Maddest attire’ — Al Crittenden of Woolworth’s and Jackie Foster of Grant’s were awarded dinners for two at Ivey’s Motel for having worn the ‘maddest’ costumes during the Midnight Madness promotion of the Chamber of Commerce. Sales clerks in most participating stores dressed in slumber attire for the promotion.

Teacher honored — Mrs. Edith Gray, principal of Bowdoin Street School, was honored by the PTA at a party Tuesday evening of last week at the school. Mrs. Gray is retiring this year after 48 years in the teaching profession. She was presented with an overnight case, a decorated cake and a corsage. Presenting the case was Superintendent of Schools Hamilton S. Giverson, and Gordon Duncan, president of the PTA.

Presents check — DARE officer Maurice Ellis, of the Houlton Police Department accepts a check in the amount of $183 from members of the Aroostook County chapter of the Maine Harley Owners Group. The proceeds were raised from a recent motorcycle show in which nearly 50 Harley Davidson bikes were on display in the Presque Isle area.

Tribute — Post Commander Ken Sercerchi was part of the gathering at Evergreen Cemetery honoring area servicemen who gave their lives for their country.

Just when we thought we were out of the woods with kitten season, it has hit full force.  The past few days have been difficult answering the phone and hearing the stories of why people have litters of kittens they need to surrender.
Campaign Corner END_OF_DOCUMENT_TOKEN_TO_BE_REPLACED