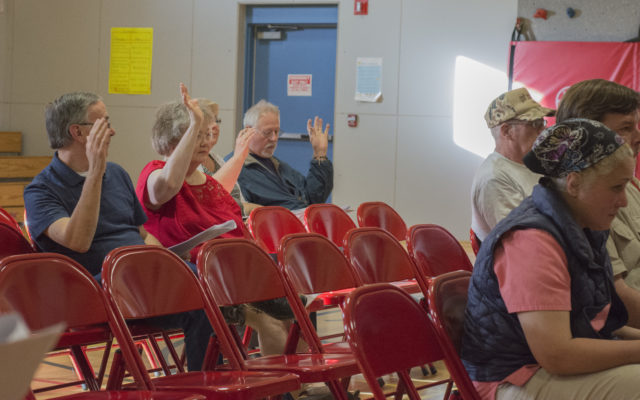 Chris Bouchard • May 30, 2020
The towns of New Sweden and Stockholm are tentatively planning to hold their municipal elections on July 14, with annual town meetings coming in the following days.

NEW SWEDEN, Maine — The towns of New Sweden and Stockholm are tentatively planning to hold their municipal elections on July 14, with annual town meetings coming in the following days.

The town of New Sweden held an emergency selectmen meeting shortly before COVID-19-related state restrictions on mass gatherings were put in place, and decided to hold the annual election in accordance with state guidelines. The election has been rescheduled for July 14.

Stockholm also indicated that its municipal election is scheduled to fall on the same date.

Officials from both towns said the date could change, depending on state recommendations.

For New Sweden, David White is running for a three-year term on the board of selectmen. And while the town office said that no residents submitted papers to run for the school board by the town’s deadline, voters will be able to write in one candidate for a three-year term.

The Stockholm Town Office said on May 26 that it cannot release the names of those running for the board of selectmen because one candidate has not been verified yet, but that voters will be able to elect one candidate for a three-year term and another for a one-year term.

The towns may be able to hold annual town meetings where residents — who vote on the town’s business, including the annual budget — are in spaced seating, or outside of their respective town offices, depending on the turnout.

According to the United States Census Bureau, New Sweden’s population as of 2018 was 575 and Stockholm’s 2010 population was 253.

In the event of a relatively large turnout in New Sweden, the town office indicated that the meeting could be held at Thomas Park.

The Stockholm town office said that town’s meeting could occur in the gym of the community center with chairs spaced six feet apart, adding that no permanent plans have been established yet.

As of May 26, New Sweden’s town meeting is scheduled for July 16 and Stockholm’s is set for July 15.

We include them in our family portraits, make room for them on our beds, tell them our deepest secrets and miss work when they’re sick. And whether they paw, fly or swim their way into our hearts, pets are an important part of our lives.
Campaign Corner END_OF_DOCUMENT_TOKEN_TO_BE_REPLACED