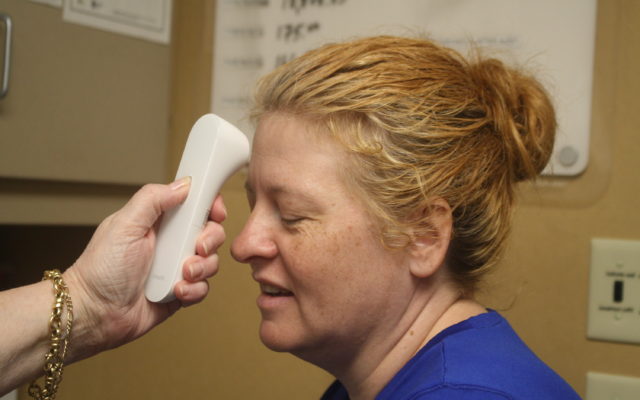 Presque Isle hotel industry sees many from Maine, but barriers for out-of-state travelers

David Marino Jr. • June 30, 2020
Summer has long been a vibrant time for Presque Isle’s many hotels and lodges, with travelers coming from across the country to vacation in scenic County spots and attend the Star City’s many festivals.

PRESQUE ISLE, Maine — Summer has long been a vibrant time for Presque Isle’s many hotels and lodges, with travelers coming from across the country to vacation in scenic County spots and attend the Star City’s many festivals.

The Maine Centers for Disease Control and Prevention has not documented a single case of COVID-19 in Presque Isle. Yet, like other locations across Maine, the state’s hotel industry continues to be hampered by rules restricting out-of-state travelers.

Non-essential visitors coming from outside of Maine were previously required to quarantine for 14 days once they arrived. Beginning on Friday, June 26, they had a new alternative: signing a form saying they were not experiencing COVID-19 symptoms and had tested negative for the virus within 72 hours of their visit.

Jan Lucas, the director of sales at Presque Isle’s Hampton Inn, said the hotel had received steady business since it opened to non-essential travel on June 1 — with many visiting for work trips. The hotel was consistently sold out Monday-Thursday, but weekends had become quieter compared to past years.

Many Mainers from downstate were now driving north to take “Mainecations,” Lucas said. She said they were encouraged by The County’s low COVID-19 rates compared to more populated parts of Maine.

Out-of-state visitors had become less frequent both because of the reduction in County festivals — including the cancellation of large scale events like the Maine Potato Blossom Festival, the Crown of Maine Balloon Fest and the Northern Maine Fair — and state regulations on travel.

Rules on traveling had complicated plans for residents from states besides New Hampshire or Vermont — both excluded from travel regulations. Many prospective visitors were unaware of Maine’s strict rules on out-of-state travel, Lucas said.

“It’s just so difficult when there’s not a national mandate,” Lucas said.

Though there had been some cancellations because of the rules, Lucas said out-of-state travelers who purchased rooms seemed willing to follow them. She was confident that the requirements for out-of-state travel — along with regular symptom checks of employees and diligent cleaning — would keep the hotel safe from the virus.

Central Aroostook Chamber of Commerce Executive Director LaNiece Sirois said there are many questions about how out-of-state visitors would follow new hotel rules.

With more than 10 million people between them, Sirois said visitors from Massachusetts and Connecticut are among the most common out-of-state travelers during Presque Isle’s summers.

While she said a swab test would be preferred to a two-week hotel quarantine, rules on testing could prohibit travel. Testing regimens vary widely by state, but state and federal authorities have consistently recommended that people only get tested if they are showing symptoms or are in an at-risk group, such as health care workers.

Those trying to get tested for tourism very well could experience issues receiving a test, or at least having their insurance cover its cost.

“People are willing to get tested,” Sirois said. “But the issue is: they can be willing all they want, but if their state doesn’t offer it, that’s going to be difficult.”

We include them in our family portraits, make room for them on our beds, tell them our deepest secrets and miss work when they’re sick. And whether they paw, fly or swim their way into our hearts, pets are an important part of our lives.
Campaign Corner END_OF_DOCUMENT_TOKEN_TO_BE_REPLACED