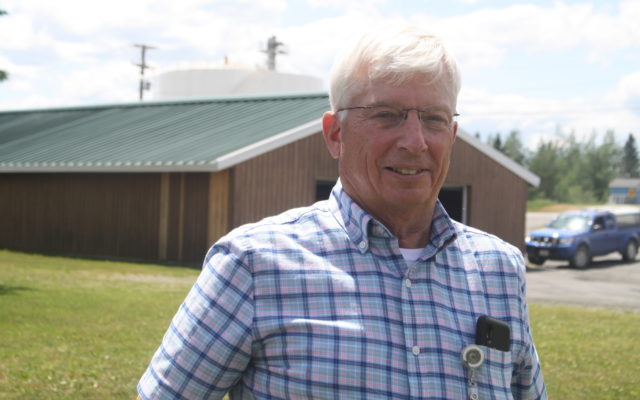 David Marino Jr. • July 7, 2020
A hallmark government employee in The County has retired, leaving behind a long legacy of environmental protection and community service.

PRESQUE ISLE, Maine — A hallmark government employee in The County has retired, leaving behind a long legacy of environmental protection and community service.

Nick Archer had been the regional director of the Northern Maine Regional Office — which encompasses Aroostook County — at the Maine Department of Environmental Protection since 1986. He retired from that position last month to spend more time with his family.

That position was the culmination of a career in environmental policy spanning more than 40 years. Like many environmental workers of his generation, Archer said he had entered the field less out of ideological zeal than because of the number of new jobs that had sprung up when he entered adulthood.

As the federal government tightened environmental regulations in the 1970s, including the creation of the Environmental Protection Agency in 1970 and the passage of the Safe Drinking Water Act in 1974 — a litany of new jobs were created to preserve America’s water, soil and air.

Yet, Archer was aware of the importance of preserving a clean environment early on as he grew up in Presque Isle. His first environmental memory was around the age of 9 when his father told him that they could no longer go fishing in the Presque Isle Stream because the starch factories had started up.

Archer said those factories would regularly dump raw potato pieces into the water, either killing trout or driving them away.

“That’s how things were back then,” Archer said. “The rivers were the sewer and municipalities and commercial entities were discharging raw material and just killing the rivers and streams.”

Archer — who majored in wastewater technology at Southern Maine Community College — first landed a job at the wastewater treatment plant at the Portland Water District in 1978. Wanting to move closer to home, he worked in a wastewater facility in Millinocket before landing at a treatment facility in Presque Isle.

He became regional director in Presque Isle in 1986 after the serving director asked him if he was interested in taking the position. Thirty-four years later, he said he had worked hard to make his office an integral part of The County — an aspect of his tenure he said he is especially proud of.

“We are part of the community,” Archer said. “Not just this dark, secret environmental law enforcement agency that only pops out when somebody’s in trouble.”

While the DEP’s Presque Isle office performs several inspections to certify licenses, many of the agency’s investigations stem from tips the office gets from residents around Aroostook County. Examples of calls include those on soil erosion, septic system discharges and illegal disposal of demolished buildings, Archer said.

“The citizens of Aroostook County are very environmentally aware,” Archer said. “For the small percentage who don’t follow the laws, there’s a larger population keeping an eye out.

Archer said “obvious gross discharge” such as pollution of water and land with unlicensed materials had been much more common early in his career. Such incidents still arise, but many environmental harmers are much harder to detect, including PFOS and PFOA — “forever chemicals” found by the DEP in Presque Isle’s wastewater sludge last year.

The agency sought to minimize violations under Archer’s tenure by building relationships with local businesses and individuals, who he said often used the DEP as a resource as they tried to follow environmental laws.

“You build relationships, and 99 percent of the time, you’ll never see the person you had an issue with again,” Archer said. “You worked your way through it, and now they’re part of your understanding — they call you all the time.”

People or companies who fail to comply with the DEP can face steep penalties — Archer said one stormwater-related issue ended in a $175,000 fine. That money was later used to fund the removal of Washburn’s Mill Pond dam and berm, opening up 80,000 acres of brook trout habitat.

Archer said he primarily decided to retire to spend more time with his wife and grandchildren. He has four grandchildren — ranging from 5 years to only a few weeks old — that he will get to see more often when he moves closer to them in a lake house in Waterford.

He said he would still make frequent trips to Aroostook County, including for his longtime work in the Presque Isle Fish and Game Club’s Spring Sportsman’s Show.

Longtime Maine DEP employee Bill Sheehan has taken on Archer’s regional director position. As Archer retired, he said he was proud of what he and his team accomplished during their decades of work and will miss many aspects of his job.

“I could have retired seven or eight years ago. And I just wasn’t even interested,” Archer said. “It’s the best job in the state of Maine.”