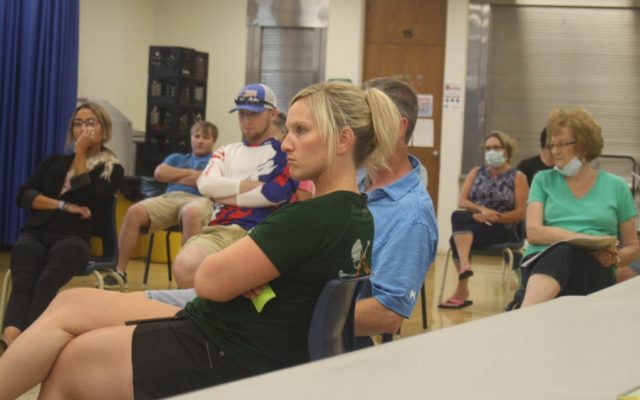 A little more than 50 people attended the gathering at Central Aroostook High School in a wide-open music room with chairs spread out for social distancing. The meeting had been scheduled for March 23 but was delayed by the COVID-19 pandemic.

Every article except one passed with little controversy. Residents unanimously voted against Article 20, which would have appropriated $13,500 to Mars Hills’ recreation department, including $1,500 to its ski program.

Many residents felt that they shouldn’t provide the money because they believed Mars Hills’ recreation department didn’t want to give Blaine town leaders a role. 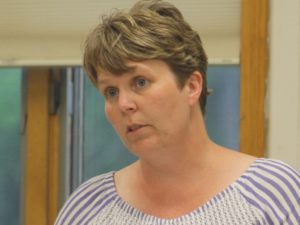 “We have zero input on what programs are offered,” Selectman Kevin Grass said.

After the vote, some residents were concerned about how the development would affect the involvement of Blaine students in Mars Hills’ programs. Town Manager Janet Bradbury said residents could take action on the matter in a future special town meeting.

Blaine residents voted in two selectmen for three-year terms: incumbent Michael Tweedie and Paul Deschaine. Both were elected unanimously, as they were the only candidates for each seat.

Incumbent Stephen Robinson was re-elected for a three-year term on SAD 42’s school board. He was also elected unanimously as the only candidate.

One voter did ask why more money was being put toward animal shelter funding — $1,380 — than fighting child abuse — $100 — in one article. Bradbury explained that each number was the amount requested by the relevant agency and was not chosen by her or the Blaine Board of Selectmen.

The town council also approved the distribution of a $160,000 Community Development Block Grant overseen by the Northern Maine Development Commission for KuriouCity Childcare. The developers of that business will use it to revamp a building previously used as a church into a daycare center for infants and preschool children.