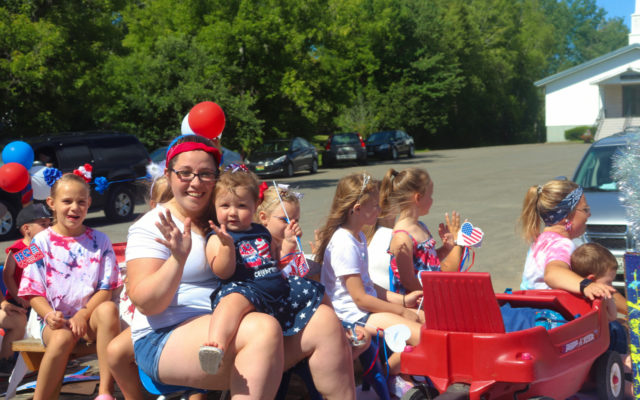 Alexander MacDougall • August 3, 2020
Though COVID-19 may have limited the ways in which people can come together and celebrate, it wasn’t able to stop the town of Danforth from holding its annual Summerfest celebration, albeit in a much more limited manner.

DANFORTH, Maine — Though COVID-19 may have limited the ways in which people can come together and celebrate, it wasn’t able to stop the town of Danforth from holding its annual Summerfest celebration, albeit in a much more limited manner.

The festivities kicked off Friday evening with a cornhole tournament, a popular summertime game which conveniently allows for people to remain distanced from one another, as well as an Open Air Mic led by local musician Johnny Straws. 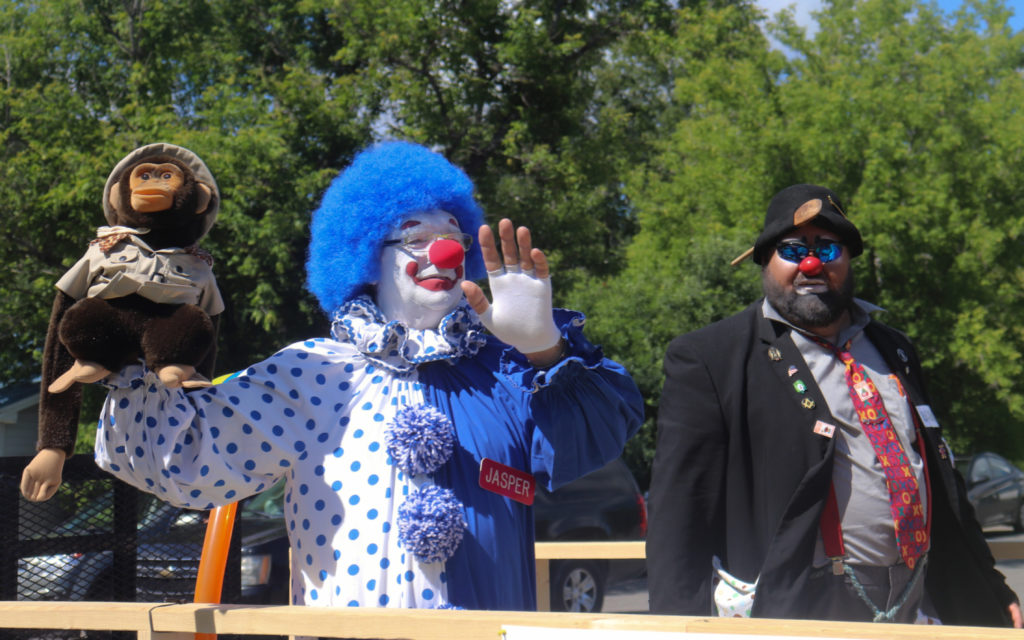 Members of the Anah Shrine Clowns partake in the Danforth Summerfest Parade on Aug. 1, 2020. (Alexander MacDougall)

The celebration continued Saturday morning, with a parade featuring fire and ambulance trucks, as well as people dressed in costume as figures such as Mickey Mouse and Smokey Bear. The parade started on Bancroft Road behind the Mill Yard convenience store and restaurant, and looped around to the Houlton Road entrance side, a distance of approximately one mile.

But some of the usual aspects of Danforth’s parade were missing from this year, in order to limit social contact. The usual parade custom of handing out sweets to children was not done this year. Nor were there any marchers, with all participants either being on a float or in vehicles. Many spectators also chose to view the parade from the safety of their cars or homes. 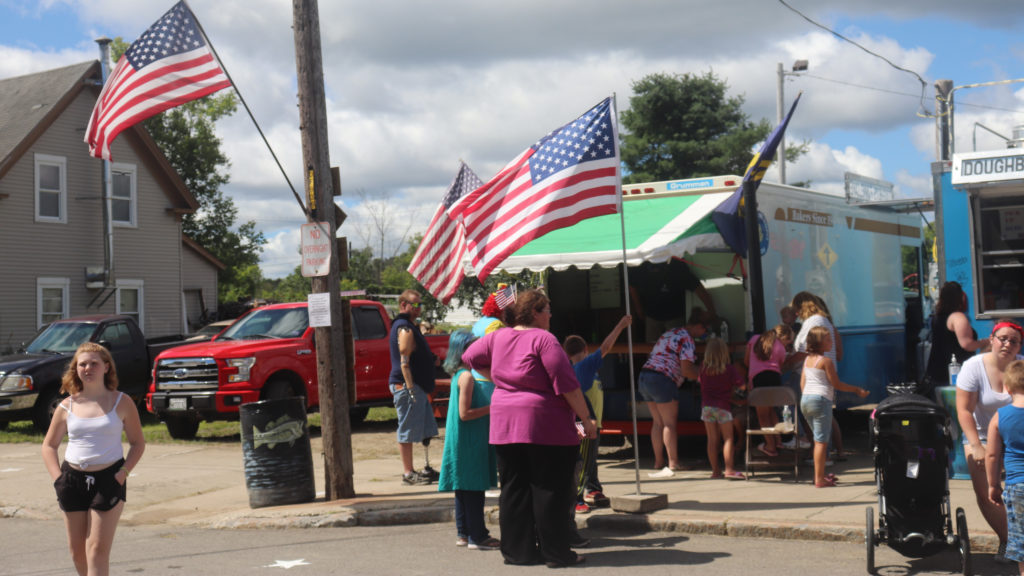 People order snacks such as doughboys and hot dogs on Central Street in Danforth during Summerfest. (Alexander MacDougall)

The parade’s theme this year was “Patriotism,” with many participants wearing red, white and blue colors. Lori Farr, who organizes the parade segment, said she was limited in her time to plan the event, because of the uncertainty on whether the town’s Summerfest would still happen due to the pandemic.

“I usually start planning in January,” said Farr. “I got three weeks notice that we were doing this parade.” 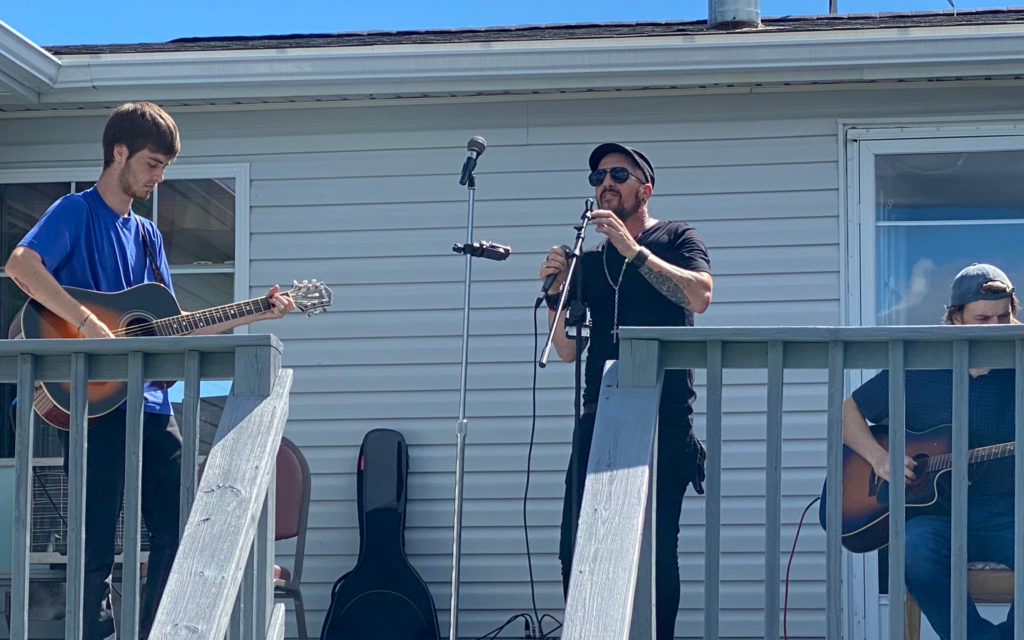 Johnny Straws and his backing band perform at the Danforth Summerfest on Aug. 1, 2020. (Alexander MacDougall)

Following the parade, people gathered around East Grand School for another live performance by Johnny Straws, as well as to participate in a family scavenger hunt, divided into two different routes in order to limit social contact.

The Danforth Fire Department also held a chicken barbecue, which this year was takeout only. People also gathered around Central Street in Danforth, where vendors sold doughboys, funnel cakes and hot dogs, as well as people holding yard sales.

Events held later in the day included an “Amazing Race”-style road rally, a rubber ducky derby, and ending the day with fireworks downtown at 9 p.m. — the traditional ending for the Summerfest.

“We were able to accommodate the perimeters for safe social distancing,” said Farr. “And we’re still having some fun.”

For the first time since 2019, there is competition for open seats on the Houlton Town Council
Pets END_OF_DOCUMENT_TOKEN_TO_BE_REPLACED