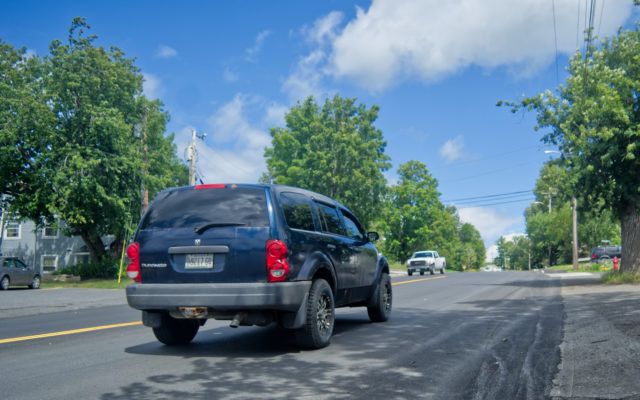 Chris Bouchard • August 6, 2020
Nearly all of the Caribou Public Works Department’s paving projects for the current season are finished, with the exception of Glenn Street -- which is closed off due to the Caribou Community School construction project.

CARIBOU, Maine — Nearly all of the Caribou Public Works Department’s paving projects for the current season are finished, with the exception of Glenn Street — which is closed off due to the Caribou Community School construction project.

The work on North Main Street, which included a stretch of road just over a mile long that begins at the Caribou Public Library and ends at the roundabout next to Cary Medical Center, was the department’s largest project this year, and Public Works Director Dave Ouellette said it’s about 98 percent finished.

The project involved mill and fill work in addition to the installation of underground pipes and basins underneath the road to ensure future stability.

At this point the only work left on the road is to install detectable warning pavers in the sidewalks at intersections. These pavers assist the blind while crossing intersections and are necessary for the project to be ADA compliant.

The project totaled roughly $400,000, with the Maine Department of Transportation covering half of the costs and the city covering the other $200,000, with a sizable portion of that $200,000 including in-kind services from the Public Works Department.

He said that while the city typically uses chipseal on country roads, they opted for the first time to go with asphalt paving this year. The Public Works Director said that while in the past the cost for one mile of asphalt was equivalent to the cost for four miles of chipseal, asphalt is now going for half the price.

“It is my opinion that you can get more than double the life out of asphalt than with the chipsealing process,” he said. “We’ve had good results so far and seem to be getting really good reviews from citizens who travel on those roads.”

While chipseal roads last six to seven years, Ouellette said he is anticipating the asphalt roads to last 12 to 14 years. He said that while chipseal covers up the road and makes it water tight, it does not actually strengthen the road, whereas the road will gain structural strength with asphalt.

In addition to the work on rural roads, Ouellette said they conducted some minor repairs to Sweden Street, from the corner of Prospect Street to the Woodland Center Road, did some light overlay work on Main Street from Hatch Drive to Lyndon Street, and also did a little patching on Herschel Street.

Altogether, these rural and urban projects outside of the large North Main Street project totaled roughly $450,000.

Throughout the process, Ouellette said the public has been very supportive as he and his crew worked this season.

“We gave notices through the police department’s Facebook page and let everyone know what was happening,” he said. “We didn’t have any traffic problems, and people seemed to be very appreciative of what was happening. I’d like to give a big thank you to the citizens from the Public Works Department.”

On Thursday, Rep. Harold “Trey” Stewart III, R-Presque Isle, announced he will run for a state Senate seat in the 2020 legislative election -- an important change for one of the most powerful representatives in the Maine House.
Pets END_OF_DOCUMENT_TOKEN_TO_BE_REPLACED