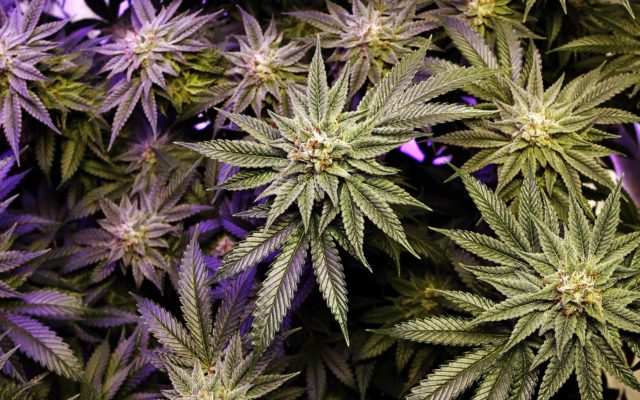 Melissa Lizotte • August 6, 2020
Full Bloom Cannabis, a medical marijuana facility with locations in Grand Isle and Fort Kent, is the third such business the council has approved to open its doors in the Star City.

PRESQUE ISLE, Maine — Full Bloom Cannabis, a medical marijuana facility with locations in Grand Isle and Fort Kent, is the third such business the council has approved to open its doors in the Star City.

Presque Isle city councilors unanimously approved a marjiuana license for Steve and April Rusnack, the owners of Full Bloom Cannabis during its meeting on Wednesday.

Their Presque Isle facility will be located at 483 Main St., the former home of Cafe Demoiselles, which closed this spring amidst the pandemic. For many years the location housed Marston’s Hallmark store, and in more recent years Star City Coffee.

Before the council’s vote, City Manager Martin Puckett noted that the chosen building has been reviewed by the city’s code enforcement office and meets city code requirements.

The Rusnacks attended Wednesday’s council meeting, which included a public hearing on the business’s license approval. No councilors or community members spoke against Full Bloom Cannabis’ plan to open a shop in Presque Isle.

Although an opening date for the business was not announced, Steve Rusnack addressed councilors and thanked them for their support.

“We’ve had good success in the Valley and are excited to branch out to Presque Isle,” he said.

Star City Wellness, co-owned by Joe Pelkey and Chase Norton, is on track for a fall opening. The latter business will be located in the building of the former JP Market & Deli at 694 Main St.

These businesses are coming to Presque Isle at a time when councilors have approved measures that make it easier for medical marijuana businesses to establish themselves in the city. In January, the council unanimously approved an ordinance that allows the production and sale of recreational marijuana.

Council Chairperson Kevin Freeman expressed support for the Rusnacks and their new business venture in Presque Isle during Wednesday’s meeting.

“Welcome to the Star City. We wish you success,” Freeman said.

Recently we took in a cat named Joe. He is a very sweet cat with a multitude of problems. He was rescued from the streets here in town, but Joe turned out to be a very sick kitty and was surrendered to The Ark because the resources were not there to help him.
What's Happening This Week END_OF_DOCUMENT_TOKEN_TO_BE_REPLACED