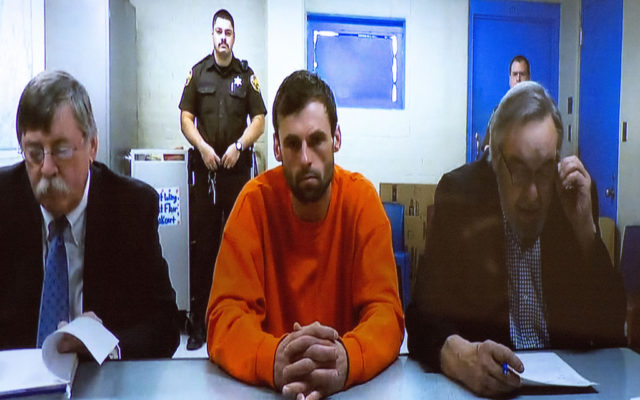 David Marino Jr. • August 18, 2020
PORTLAND, Maine -- The Maine Supreme Judicial Court has unanimously upheld the conviction of an Easton man sentenced to 60 years in prison for shooting and killing his stepfather in January 2018.

PORTLAND, Maine — The Maine Supreme Judicial Court has unanimously upheld the conviction of an Easton man sentenced to 60 years in prison for shooting and killing his stepfather in January 2018.

In a ruling issued on Aug. 13, the court said that the Aroostook County Superior Court had not brought improper bias to the jury by allowing the testimony of County law enforcement agents in the trial of James Peaslee. It also said that evidence presented by Peaslee’s lawyer linking Peaslee’s brother, George, to the crime was untrustworthy and would not change the result of the case if presented in a new trial.

Paul Hilenski Sr., 79, died from a gunshot wound to the chest after James Peaslee arrived at his Bridgewater home and fired several shots at him, according to previous court testimony. The shooting was captured by security footage at Hilenski’s home. An Aroostook County Superior Court jury in Houlton convicted James Peaslee for the crime in June 2019 and he was later sentenced to 60 years in prison.

James Peaslee’s lawyer John Tebbetts argued in June that James Peaslee should receive a new trial because of improperly admitted testimony from police officers who were familiar with his client and the court’s refusal to accept new evidence regarding the potential role of George Peaslee in the murder.

The Superior Court had allowed three law enforcement agents — including Aroostook County Sheriff Shawn Gillen — to testify about the identity of a man recorded in security footage at Hilenski’s home on the night of the murder. All three officers said James Peaslee was the man in the video.

Tebbetts argued the video was “so unmistakably clear” that the testimony was unnecessary for the jury. Additionally, he said the court had portrayed James Peaslee as a criminal by relying on testimony from officers who had extensive contact with him.

The court ruled that the officer testimony met the standard for admission because the officers had interacted with James Peaslee on several occasions in different contexts. It said that such familiarity was helpful to the jury as it sought to determine if James Peaslee was the subject in the low-quality black-and-white security footage.

The justices said that Tebbetts’ argument that the admission risked unfair prejudice was not persuasive, as the court prohibited the officers from testifying about their contact with James Peaslee as members of law enforcement.

Furthermore, the officers had not only testified about identifying James Peaslee in the video, but also their role in the response and investigation of the shooting. The court cited a previous ruling in the 1999 Maine v. Miller case, which concluded that the likelihood of unfairly influencing the jury was reduced when a law enforcement witness testified about other aspects of a case.

George Peaslee was unable to testify at the hearing of James Peaslee’s motion for a new trial because a psychologist had determined George was suffering from mental illness, and said his testimony would not be based in reality.

Because of George Peaslee’s mental state, him having halted his medication at the time of his alleged confession and his demeanor during the confession, the court ruled that testimony from the witness to George Peaslee’s statement did not meet the standard for admission.

Even if George Peaslee’s statements were accepted into court, the court ruled that due to the insurmountable evidence against James Peaslee — including video footage, a confession to a witness and fingerprint evidence — James Peaslee would likely still be convicted of murder in a new trial.