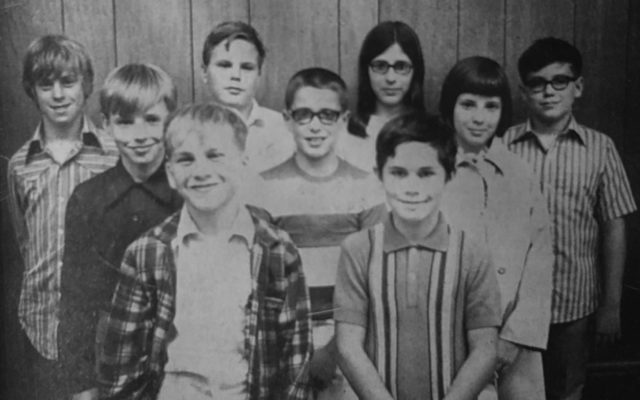 Cited for “superior performance of duty and the achievement and maintenance of a high standard of military and professional proficiency,” the unit received the award from Major General Maxwell J. Murray, South Pacific Base Commander.

Local Shriners’ gathering — Nearly 50 Shriners from Presque Isle and the surrounding vicinity got together for a banquet in the private dining room of the Northeastland Hotel. The banquet and meeting were presided over by Assistant Ralph H. Sprague. It was voted to have the same continued once each month, and H.J. McGuire was appointed chairman of a committee to make arrangements for the same, and each Shriner was to be notified of the date, after the committee had made the necessary arrangements.

Local man — During racing activities, a Presque Isle man won the stock class feature at Spud Speedway in Caribou. Car No. 3 was driven to victory in this particular class by Rodney (Chink) Maynard of Presque Isle. Other winners of the event were Ernie Levesque of Madawaska, second, and Phil Grass of Mars Hill, third.

Dinsmore awarded fourth Bronze Star — Aroostook County’s Army Recruiter received his fourth Bronze Star from Officer Lt. Col. Alfred McCaffrey at the headquarters recruiting station in Concord, N.H. The award was made for distinguished service during military operations against hostile forces while serving as District Intelligence and Operations Advisor, Cu Chi District, Vietnam. Sgt. Dinsmore held three other Bronze Stars, one for valor; the Air Medal with four clusters, the Army Commendation Medal for Valor, a Presidential Unit Medal, the Vietnamese Cross of Gallantry with Palm and the Vetnamese Bronze Star. He graduated from Camden High School in 1956 and enlisted in the Army in July of that year. As Army recruiter for Aroostook County, he lived in Presque Isle with his wife, Helen, and their four children.

State Hotshot winners named — Several youth from Aroostook County turned in excellent performances at the Maine Recreation and Parks Association’s 1995 State Hotshot Competition held in Waterville. Ryan Cottle of Houlton, Laura Ordway of Patten, Torey McPherson of Mapleton and Dusty Gardiner of Presque Isle came away with titles in their respective age divisions, while Ryan Lockhart of Houlton and Marc Bard of Madawaska were runners-up.

Presque Isle woman recognized for work with children — Susan Jarvis of Presque Isle was awarded a Child Development Associate (CDA) Credential in recognition of outstanding work with young children. The credential was awarded by the Council for Early Professional Recognition in Washington, D.C., which represents the early childhood profession.

Teacher of the year — Judy Kenney, a multigrade teacher at Mapleton Elementary School, was honored as Maine’s Agricultural Teacher of the Year. She was congratulated by the national director of the USDA’s Agriculture in the Classroom Project. Kenney was recognized for her commitment to Maine’s natural resource industries and her innovative teaching strategies which incorporate important agricultural information within the curriculum.