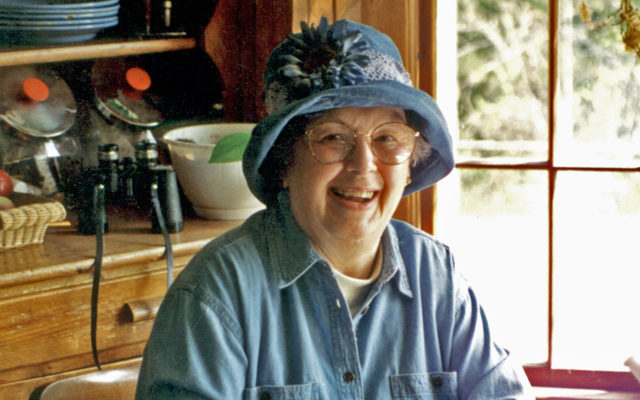 The beloved teacher, writer, theater director, mother, grandmother and great-grandmother, who published her first book at age 90, enjoyed her independence while giving back to others, family members said.

Her granddaughter Jasmine Smith of Gorham recalled one particular moment that exemplified her grandmother’s independent spirit.

“I have this image of her dancing in a red dress on a dance floor and saying something sarcastic about how a ‘woman her age’ shouldn’t act like that,” Jasmine Smith said. “She really embraced her independence and broke the mold of what was expected of women at that time.”

“She never liked it when people called her ‘young lady’ or ’90 years young,'” said Melbourne Smith, Glenna’s youngest son and Jasmine’s father. “She was proud of being an old woman because she saw it as an accomplishment. She always said, ‘There has never been a decade I haven’t enjoyed.'”

Before Smith populated literary and teaching circles in The County, she experienced challenges that tested her determination, including unsatisfying college years and struggles to adjust to farm life.

Smith was born on June 15, 1920, in Lincolnville, and grew up in the Hancock County town of Ashville. After graduating from high school in Sullivan in 1937, she attended the University of Maine at Orono. She shunned the idea of teaching home economics, as many women of that time were encouraged to do. 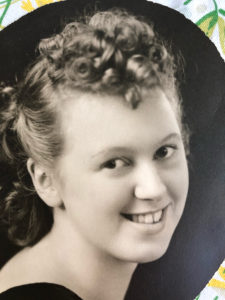 Glenna Johnson Smith is pictured in her high school yearbook in 1937.  Smith died on Aug. 8 at the age of 100. (Courtesy of Melbourne Smith)

In 1941, she met and married Easton native Donald Smith, a fellow UMaine student. The couple moved to Presque Isle and operated their own potato farm, where they raised their three sons — Steven, Byron and Melbourne. But Smith often struggled with the demands of being a young farmer’s wife, mother and schoolteacher.

In her obituary, which she dictated to her son Melbourne not long before she died, Smith said she was “devastated” when she and her husband divorced after 30 years of marriage, but later realized she was better off financially and personally.

During her 40-year teaching career, Smith taught in Easton, Mars Hill and Fort Fairfield, but her years teaching English and directing drama at Presque Isle High School were among the most rewarding.

Along with Dan Ladner, she founded the Shipmates Playhouse at Presque Isle High School, directing drama and musical productions and writing plays. One of her most well-known plays, “The Voices of Aldenville,” brought the Shipmates to victory at the regional, state and New England one-act play competitions.

“They talk about how much confidence she gave them, how she had a way of encouraging all writers to embrace themselves,” he said.

The earliest example he found of his mother’s writing was a picture book she created as a child, possibly in the late 1920s or early 1930s.

“Her parents were very quiet and this was a period when people would say, ‘Children are better seen and not heard.’ So she found ways to entertain herself,” Melbourne Smith said. 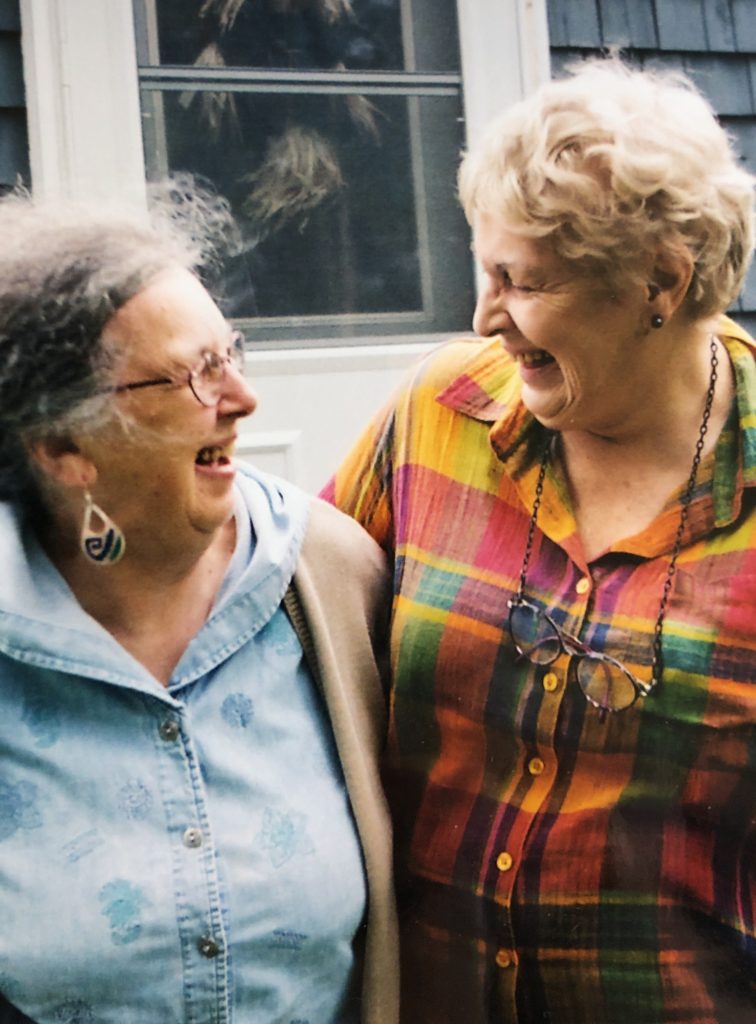 Glenna Johnson Smith (left) shares a laugh in 2003 with longtime friend Louise Findlen of Fort Fairfield, who passed away in 2012.  Smith, a beloved writer, teacher, and theater director in Presque Isle, died on Aug. 8.  She was 100 years old. (Courtesy of Melbourne Smith)

Smith wrote throughout her life, but found public success when her friend Kathryn Olmstead, editor of the former Echoes magazine, invited her to contribute poems to the publication in the late 1980s. She also wrote personal essays and in 1991 began the popular Echoes column “Old County Woman,” which chronicled her life and adventures with growing older.

Olmstead helped Smith compile some of her columns into the 2010 book “Old Maine Woman: Stories from the Coast to The County,” when Smith was 90. A sequel, “Return of Old Maine Woman: Tales of Growing Up and Getting Older,” followed four years later.

Olmstead last saw Smith in December 2019, before Smith moved from Northern Light Continuing Care in Mars Hill to a facility in Portland. Her fondest memories of her friend revolve around her sense of humor and optimism.

“She was so honest and she wrote exactly what she thought, without any pretenses,” Olmstead said. “She had a wonderful sense of humor and was OK with laughing at herself, especially as she got older.”

Granddaughter Jasmine remembers spending summers with her grandmother as a child. Their bond grew even stronger as Jasmine got older and she often turned to Smith for advice.

In 1997, Jasmine, who grew up in Gorham, moved in with Smith while attending the University of Maine at Presque Isle. Although she had planned to transfer, she loved living with her grandmother so much that she remained at UMPI as an elementary education major.

“I remember sitting at her table studying while she was writing ‘The Voices of Aldenville,'” said Jasmine Smith, who now works as a children’s therapist at Opportunity Alliance in Portland. “We would stay up until 3 o’clock in the morning and she would tell me stories. She was my best friend in college and throughout my life.”

She said Glenna influenced her love of teaching children. When she was a student teacher at Mapleton Elementary School, her grandmother helped her develop the children’s book “Where the Wild Things Are” into a play and even co-directed the production. 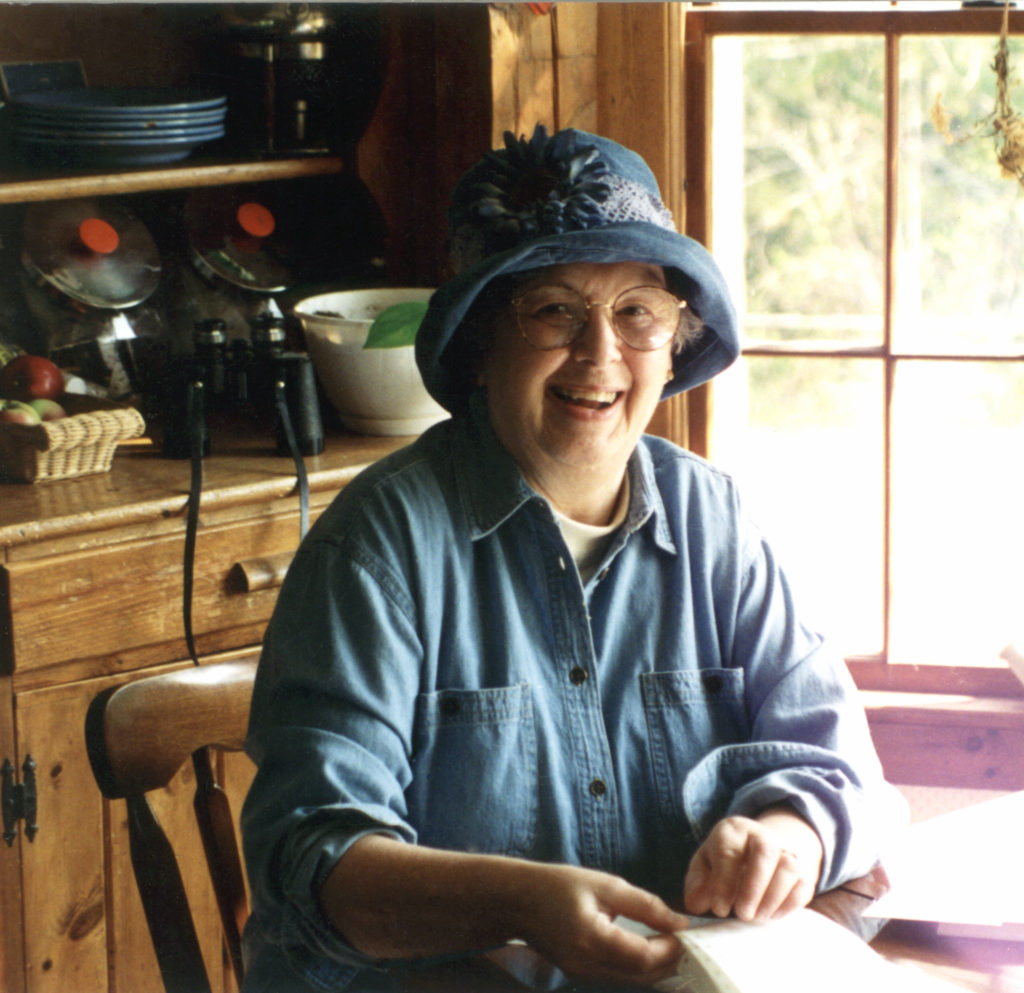 Jasmine Smith remembers a woman dedicated to her family. Even when she could no longer care for herself at home, Smith cherished having her sons and granddaughters take turns visiting and staying with her around the clock and embracing little moments.

“She was there for first bike rides and trips to the beach. She spent so much time during the last four years of her life soaking in everything they wanted to do,” Jasmine Smith said. “I think that sound of the kids running around and laughing brought her a lot of peace and comfort [near the end of her life].”