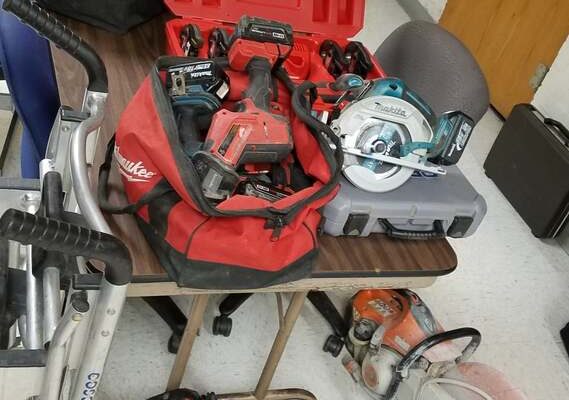 Dodd is being charged in connection with a stolen motor vehicle, burglary of vehicles and thefts from Aug. 23, in addition to burglary, aggravated criminal mischief and theft at two Bennett Drive businesses on Aug. 28, according to Caribou Police Chief Michael Gahagan.

Police posted a photo of several tools that were recovered after Dodd’s arrest.

Caribou police were assisted by the Maine Warden Service and the Aroostook County Sheriff’s Office in arresting Dodd.

Members of the Houlton Band of Maliseets will head to the ballot box in order to determine who will be elected as their new tribal chief.
Pets END_OF_DOCUMENT_TOKEN_TO_BE_REPLACED