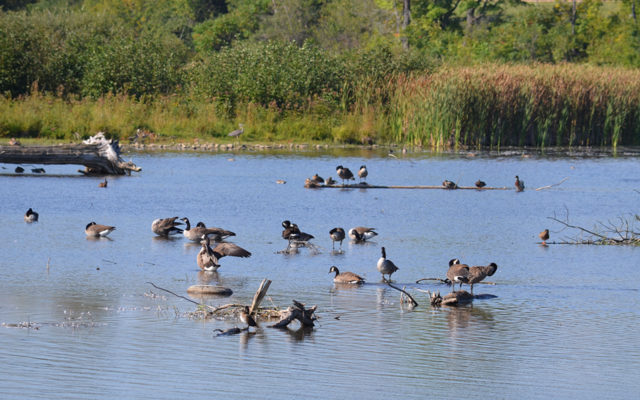 Get out and scout because early goose season is underway

Bill Graves, Special to The County • September 9, 2020
Maine’s early Canada goose season got underway Sept. 1 and will extend through Sept. 25, and Aroostook County offers the most consistent and dependable hunting in the entire state.

Maine’s early Canada goose season got underway Sept. 1 and will extend through Sept. 25, and Aroostook County offers the most consistent and dependable hunting in the entire state.

Perhaps the most enticing feature of the native goose season is the liberal six goose daily limit. With so many lakes, ponds, rivers, and streams available for roost waters and vast expanses of farm fields for food, birds are everywhere.

The geese in our current population are several generations removed from the original few dozen transplants of the mid-1980s. Nuisance birds were captured from other New England states and trucked north, then distributed in small bunches to diverse, remote sites throughout northern Maine. While relocating wild animals always has a question of success, the current large population and widespread habitat offers most area waterfowlers good gunning within 15 to 20 minutes of their home.

Native geese tend to stay in smaller family flocks, unlike the big groups of migrating honkers that will begin arriving in October. As the season progresses and colder weather arrives, the local birds and the migrators will group together. As for this September season, there are advantages and disadvantages to the smaller family flocks. There are always singles and doubles flying around, but most groups will consist of 6 to 15 geese.

Fewer geese per flock means fewer keen-sighted eyes inspecting a hunter’s blind and decoys for any reason to flare away. Also, there are a lot of younger birds just born this spring, and there are more receptive to flagging, calling and realistic decoys since they have never been shot at yet. The downside lies in the flocks being smaller and fewer, and fields they have to choose from for feeding being so many and widespread.

The answer to improve a hunter’s odds of being in the right place at the right time is really very simple: get out and scout! Locating a roost water, the lake, pond, or placid spot on a river where a specific flock spends the night or rests between morning and evening feeding forays is usually fairly simple. There are so many roosting spots it’s a matter of driving around and using binoculars to spot geese on the water. When a bunch takes flight to feed, it’s time to drive and follow their course until you see them land in a field. It helps to have a driver and a spotter with binocs. Sometimes you’ll have to wait midway for a second or third group of geese to come along to determine their final destination. 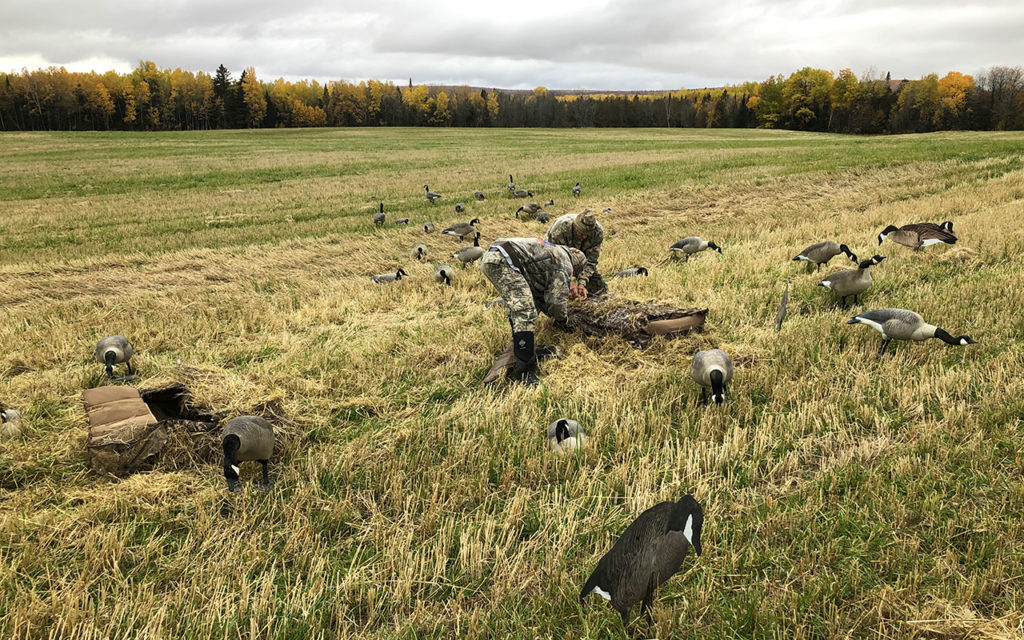 PRESQUE ISLE, Maine — September 9, 2020 — After scouting which field the native geese are feeding in, then it time to set out a few decoys and layout blinds to coax the honkers in close. (Courtesy of Bill Graves)

Once a favorite feed field is located, it’s then just a matter of being there at dawn or a couple of hours before dusk to set out decoys and blinds and await their next visit. Another option is to figure out a flock’s regular flight pattern when they leave a roost water and set up decoys in a likely field they fly over daily. Some of the flights will usually come closer to investigate and even try to land. Don’t set up too close to a roost pond or set out decoys on the pond or jump shoot that resting spot. The geese will move to another location permanently and you’ll have to waste time finding more.

Because of the increased chance of decoying geese and the higher limit of this early season, it’s a good time to introduce youngsters and novice adults to this exciting wing shooting sport. Add to that the fact that, when properly prepared, Canada goose is delicious table fare.

September honker hunting is fun, exciting, challenging and tasty. I’ve seen newcomers to the sport go afield with only a dozen decoys and lay under a piece of brown burlap sprinkled with straw and bag a couple of birds. 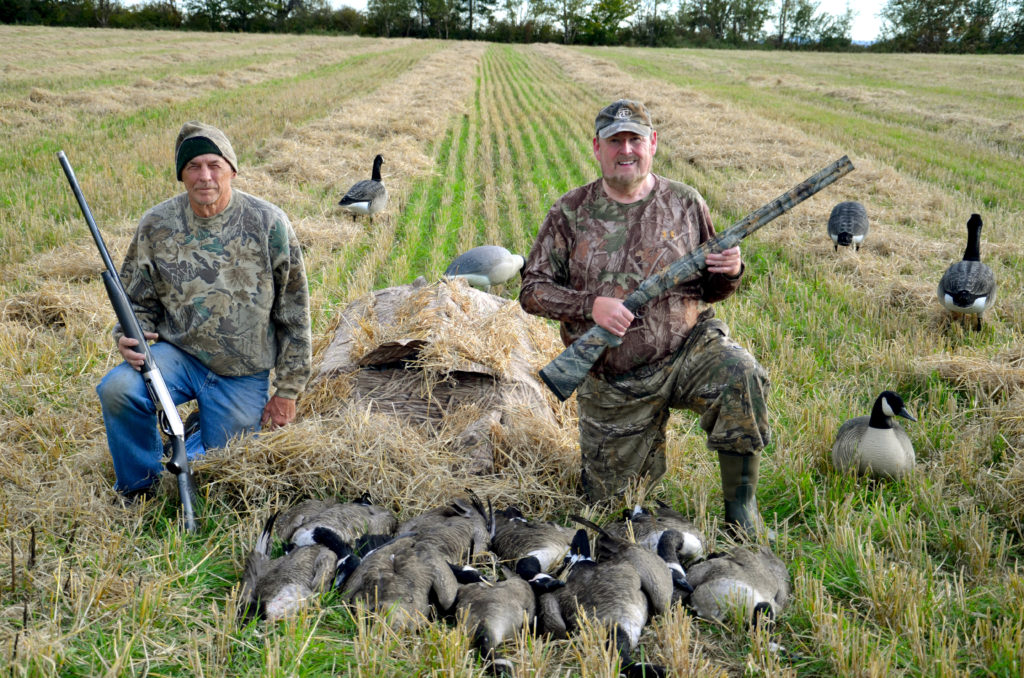 Don’t forget; Canada geese are considered migratory waterfowl, and therefore each hunter is required to purchase an annual federal stamp from the post office and a state stamp from the town office or city hall. Also, lead pellets are illegal. Steel or non-toxic shot is required for all ducks and geese.

Most years there are a lot of individual hunters, groups of gunning friends and even guides with clients form southern Maine and some from out of state who visit Aroostook just to hunt September geese. There can be a fair amount of pressure for good shooting sites and local sportsmen may feel a bit crowded some days. With COVID-19 and its associated rules, regulations and cautions, it’s likely that a notable decrease of outside hunters will be traveling north.

Social distancing is certainly possible with goose hunting, so do some scouting and enjoy some exciting wing shooting for this challenging quarry. The limit is large, the birds are big and the excitement is grand, so get out early and often for native goose season.