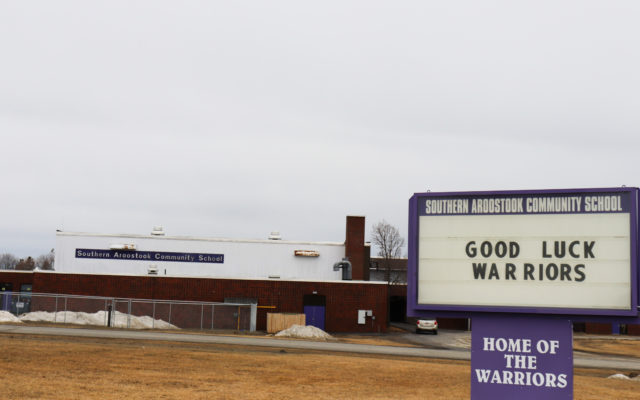 DYER BROOK, Maine — RSU 50 is in need of a new business manager following the resignation of longtime administrator Holly Vining.

Superintendent Jon Porter said Sept. 9 that Holly Vining has tendered her resignation from the district, effective Sept. 25. The full school board will receive the resignation when it meets on Monday, Sept. 14.

Vining is stepping down from her post to take a new position as finance manager for the Aroostook Regional Transportation System (ARTS) in Presque Isle. She starts in that position on Oct. 5.

“School has been like a second home to me, but I’m ready for a change and new challenges,” Vining said.

Both of her children, Kylie and Gavin, attend the University of Maine at Presque Isle, where they are active in sports.

“Holly has worked for the district for 15 years,” Porter said. “In that time she has held multiple roles here at SACS [Southern Aroostook Community School]. Her primary role as business manager has allowed her to be a consistent and strong advocate for students and school programs.”

Porter added Vining has been a valuable member of the Southern Aroostook Leadership group during her tenure with the district. She also served as varsity girls soccer coach for numerous years with her teams capturing the Class D State Championships in 2008 and 2009.

“I have no immediate coaching plans, but I think I would consider it in some capacity again in time,” she said.

“I know, as do the faculty of this school, the parents of Southern Aroostook Community School, and the students who have participated, that the success of these endeavors has been due in an extremely large part to Holly and to her tireless work ethic and competent leadership,” Porter said. “Holly has gone above and beyond to make a difference for the people of this school community.  We wish her well in her future endeavors.”

The district is advertising to fill the position and Porter said he hopes to have someone on board prior to Vining’s departure.