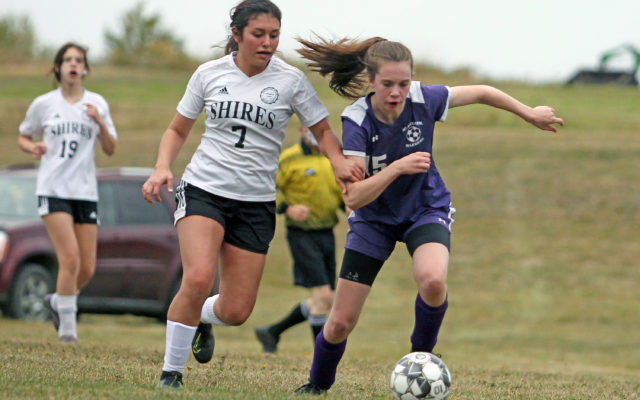 Joseph Cyr • September 24, 2020
The fall soccer season began in earnest Tuesday, Sept. 22, as the Houlton and Southern Aroostook varsity squads took to the field for the first time.

DYER BROOK, Maine — The fall soccer season began in earnest Tuesday, Sept. 22, as the Houlton and Southern Aroostook varsity squads took to the field for the first time.

The Houlton girls traveled to Dyer Brook to take on Southern Aroostook and parlayed a strong second-half surge into a 6-3 victory over the Warriors. At Houlton later that evening, the Shire boys notched a 3-0 shutout over SACS.

With a shortened eight-game season, caused by the COVID-19 pandemic, Aroostook County squads had little time for practice leading up to the season. What was prevalent, however, was the excitement to be playing a meaningful game.

“The kids were super excited to play,” SA coach Audrey Violette said. “Some of the new rules have been tough, because they want to play like they usually do. We have a lot of new kids, with some speed. We just need to communicate and gel.” 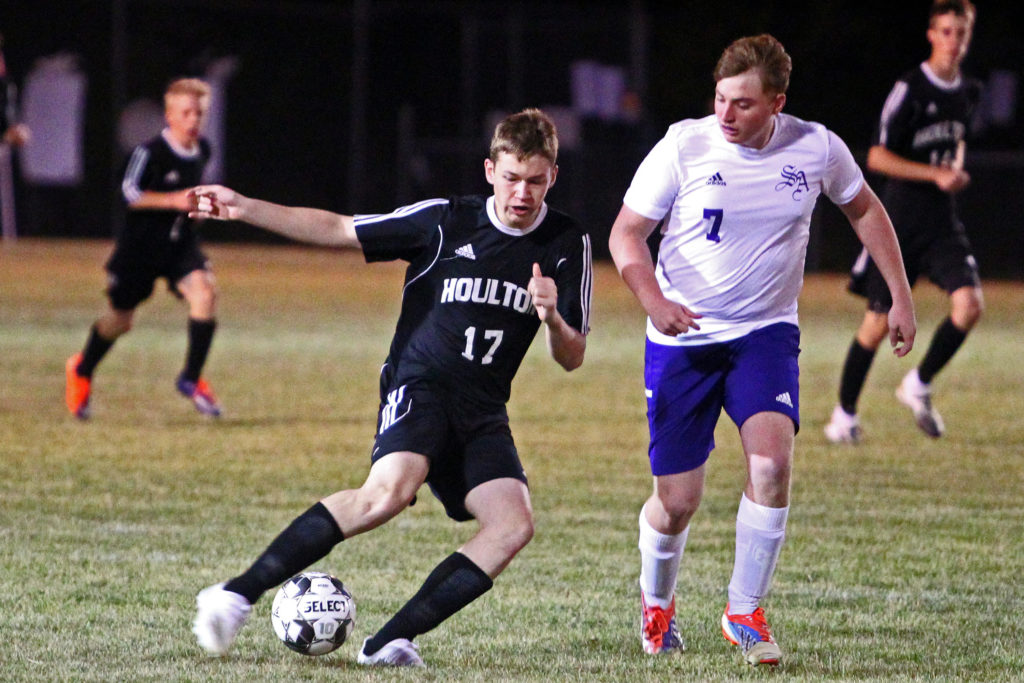 Among the new rules this fall is a mandatory break after the 20-minute mark to disinfect the soccer balls. Contact is also being minimized as much as it can be, while still allowing for the game to take place.

“We are really happy to be back and have any sort of season,” Houlton coach Marina Cameron said. “We have a big incoming freshmen class this year, with nine new kids. We were not sure what to expect coming into the game, since we only started practicing last week.”

In the girls contest, Houlton’s Bre Barton and Isabella Ardell paced the Shires with two goals each, while Maddie Marino and Gabby Gentle each had solo goals.

For SACS, Emma Nadeau had two goals, while Maddie Russell added one.

Freshman Alexandria Collins, in her first varsity action in goal, had four saves, while Jenna Brooks made 11 saves in net for the Warriors. Houlton held a 21-11 advantage in shots.

SACS took a 2-1 lead into the halftime break, but Houlton surged ahead in the second half, using its deep bench to keep legs fresh. The Shires boast a roster of 20 players, while the Warriors have 15. That depth was tested, however, as two players were inactive for the game, while a third — Samantha Johnson — injured her ankle in the first half and was unable to return.

“Conditioning levels probably are not where they should be just yet, but thankfully we have a deep team,” coach Cameron said. “We were able to sub in and out to keep everyone fresh.”

In the boys contest held at Houlton, junior Isaiah Gentle booted in all three goals, including the final goal at the buzzer, to spark the Shires to the season-opening victory. Shire senior Drew Foley recorded the shutout in goal with three saves.

“Honestly, I didn’t think we were going to play,” Foley said. “For two weeks, I was wondering if I should just go back to work or keep my schedule open in case we got to play. I decided to wait for soccer and thankfully calmer heads prevailed and we are playing.”

Jacob Brooks and Brennan Burpee shared time in goal for the Warriors, notching a combined 12 saves on 15 shots. 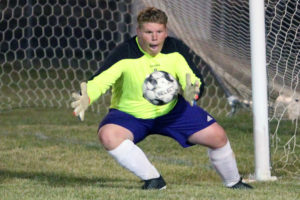 Goalie Brennan Burpee of Southern Aroostook focuses on the ball as he prepares to make a save during a Sept. 22 night game in Houlton. The Shires beat SA 3-0. 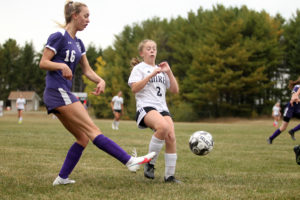 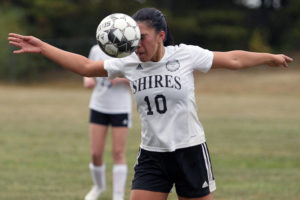 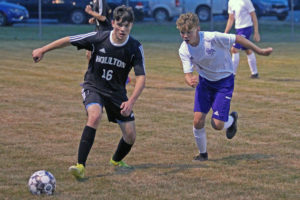 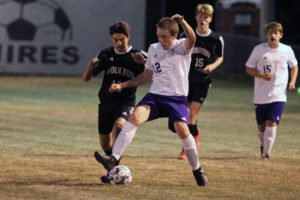 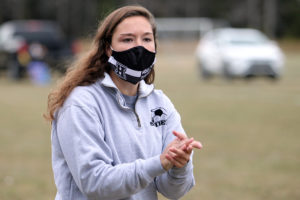 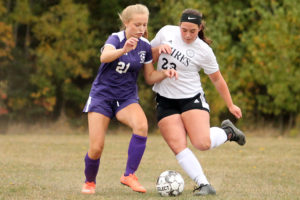 Two political newcomers are looking to fill a seat in the Maine House of Representatives for House District 144 after the current representative dropped out of the race.
Pets END_OF_DOCUMENT_TOKEN_TO_BE_REPLACED