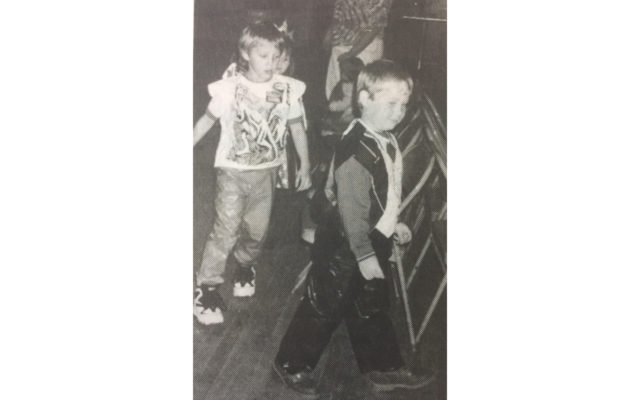 Beth Lacombe, Special to The County • November 5, 2020
100 Years Ago - Nov.  11, 1920 Fast horse -- Millie Irwin, owned by George Osbourne of Limestone, is the fattest trotter now owned in Maine, with her record of 2:05 sweeping the board as far as the Pine Tree State is concerned. This horse is also the eighth trotter in the world this season. Her earnings so far are $7,780.

Fast horse — Millie Irwin, owned by George Osbourne of Limestone, is the fattest trotter now owned in Maine, with her record of 2:05 sweeping the board as far as the Pine Tree State is concerned. This horse is also the eighth trotter in the world this season. Her earnings so far are $7,780.

New church — The Catholic Society of Stockholm will purchase a lot on School Street and will build a church this coming Spring.

Local 14-year-old secures first deer — The first deer catch reported this season was made by 14 year old Aubrey Fenlason of Caribou. Aubrey was plowing a field when he spotted the deer. Being a good shot he only needed two bullets to bring the animal down. He is the son of Mr. & Mrs. Abiah Fenlason Sr. of Caribou.

New plant — The new Birds Eye Snider plant now under construction on Dollar Street, is going to be a boon to farmers in this area. The new plant is bringing to Caribou a new industry. At completion it will offer some 500 jobs to people in the main plant.

Collect $137 for UNICEF — Young people of Limestone collected $137 for needy children around the world in their trick or treat for UNICEF. Upon their return, refreshments were served at the Limestone United Methodist Church dining room. They express gratitude to all who participated.

Prize winners — Winners of prizes given by the Sportsmen Inc., at their hunters breakfast at their Axel Siding Lodge for almost 500 people were Basil Chapman Jr. of Caribou, a gun; Bob Cyr of Caribou, a camping stove; Alfred Caron of New Sweden a sleeping bag; and Mrs. Herbert Ketch of Woodland, a pair of hunting boots.

Bag manufacturer expands to plastic — “We had been looking at machines to buy, but we kept coming back to this one,” said Robert Umphrey, President of Northeast Packaging Company (NEPCO) in Presque Isle. The machine was imported from Italy and prints thousands and thousands of plastic bags an hour. The company has printed paper bags since 1973 in all shapes and sizes. The new machine is the only one in northern Maine.