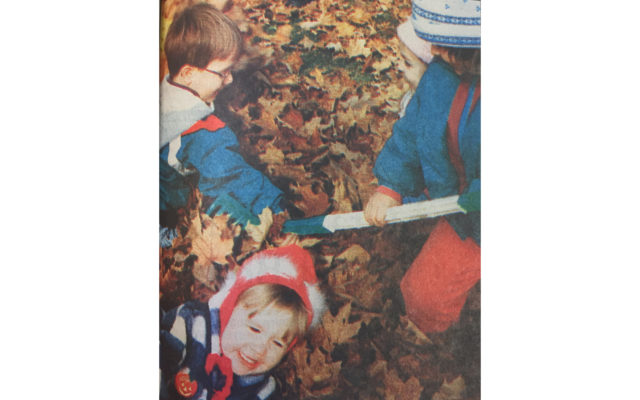 Lanette Virtanen • November 5, 2020
100 Years Ago - Nov. 10, 1920      Honored — A special service was given in honor of the Boy Scout troop of the church. The service was in commemoration of a heroic deed at Grand Lake. Last summer while the Boy Scouts were camping, Harry Manuel rescued the life of a drowning man.

Honored — A special service was given in honor of the Boy Scout troop of the church. The service was in commemoration of a heroic deed at Grand Lake. Last summer while the Boy Scouts were camping, Harry Manuel rescued the life of a drowning man.

For this deed Mr. Barnes, with a befitting speech, presented him with a bronze medal on behalf of the Boy Scouts of America.

Accepted position — Percy Rowe of Island Falls, who is a registered Pharmacist, has accepted a position with the Hatheway Drug Co.

Receives honor — Miss Elsa Bostrom was the recipient of a recent honor when she was appointed to work with the faculty on assemblies for the school year at the boston University where she is a student.

Purchased grocery store — Ted Grant and his son, Ralph Grant, recently discharged from J. M. VanTassell, his grocery business located on Mechanic Street and owned and operated for many years by Knox Brothers. Mr. Grant, long associated with the firm of Grant and Daigle, has been inactive in business since that store was sold to Way Brothers a few years ago.

Grand opening — Aroostook TV, owned by John Fowler, will have its formal grand opening this Friday at their store at 142 Military street. Mr. Fowler has announced that his new store will feature Motorola television sets, stereos, tape players and other equipment, and that all will be on display for the open house on Friday.

Receives award— Police Chief Donald Dow accepted an engraved plaque from Roland Henderson, safety coordinator of the National Child Safety Council, a non-profit organization dedicated to the safety of children. The local Police department was cited with this community service award ‘in recognition of outstanding service to the safety education of children.’

Grossmans to Close — A decision by Grossman’s Inc. to close three of its Maine stores, including its Houlton outlet on the Bangor Road, was necessary, according to a corporate spokesman Friday. All three stores were underperforming, he said.

Donation — Frank Zeaman, plant manager of the National Starch and Chemical Company in Island Falls, presented a check to Heidi Suitter, Pine Tree Camp representative for the Smoki – Haulers Snowsled Club, in the amount of $600.00. The company has donated to this for years, helping those who want to attend the camp.

Members of the Houlton Band of Maliseets will head to the ballot box in order to determine who will be elected as their new tribal chief.
Pets END_OF_DOCUMENT_TOKEN_TO_BE_REPLACED