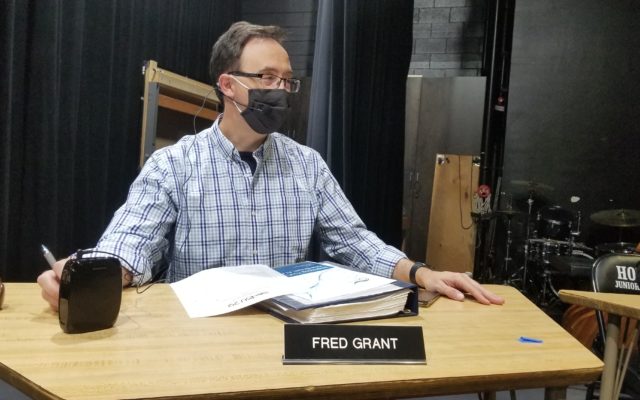 Joseph Cyr • November 6, 2020
Like most educational systems throughout the state, and the country, school officials from RSU 29 have tried to make the most of a difficult educational process.

HOULTON, Maine — Like most educational systems throughout the state, and the country, school officials from RSU 29 have tried to make the most of a difficult educational process.

RSU 29 Superintendent Ellen Halliday gave her board an update Nov. 2 on how the first few months of school have gone during the COVID-19 pandemic, and apprised them of some of the technology being used in the classrooms.

Wearing masks has proven difficult in the classroom as teachers were struggling with students hearing their lessons. To combat that problem, the district has invested in portable microphones with speakers so their voices can be amplified.

“A couple of our teachers at Houlton Elementary School were trying to come up with a solution to their voices being muffled,” she explained. “They tried a couple of these portable amplifiers, which were far less expensive than a full room amplification system.”

Based on their success in the classroom, the district opted to purchase the portable amplifiers for every teacher that desired one. The amplifiers were purchased with federal funds the district received through the CARES Act, so no local tax dollars were used for the purchase.

“This is a year like no other,” Halliday said. “Like every other business or institution, we have had to change how we do things.”

“There are many districts in the state that are doing a hybrid system, which means those students are probably receiving in-person instruction for at most two days a week,” she said. “There are many schools around the country that are only able to offer remote instruction. We have 1,150 students doing school in person, five days a week and that is a wonderful thing.”

Halliday said providing that education is not easy, as there are a multitude of social distancing restrictions and COVID-19 protocols that need to be met on a daily basis. She also applauded the efforts of the students.

“We have hardly had any infractions,” she said. “The kids forget they even have a mask on in some cases.”

It marks the first time since Halliday took over as superintendent in June 2015 that the district has seen a decline in enrollment figures.

“This is a trend we are seeing all over the state and the country,” she said. “It is concerning and it is something that [Maine] superintendents have been trying to emphasize with the Department of Education and the commissioner that it could have a negative impact on state subsidies.”

One factor for RSU 29’s lower enrollment was the decision to cap the number of pre-kindergarten students it would accept this school year.

Members of the Houlton Band of Maliseets will head to the ballot box in order to determine who will be elected as their new tribal chief.
Pets END_OF_DOCUMENT_TOKEN_TO_BE_REPLACED