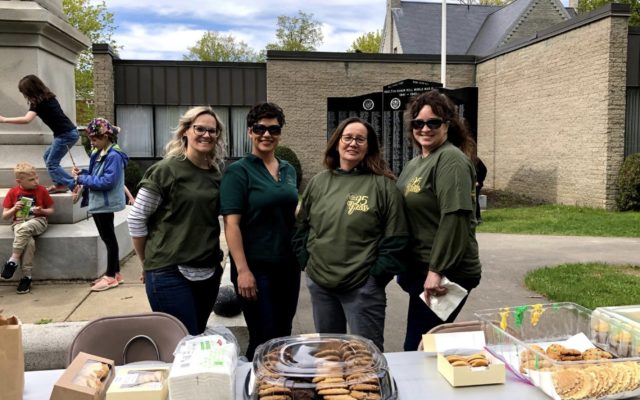 Alexander MacDougall • November 16, 2020
Members of the United States Customs and Border Patrol often find themselves transferred from location to location, oftentimes to vastly different parts of the country.

HOULTON, Maine — The U.S.-Canada border is the longest land border in the world, while the U.S.-Mexico border is the busiest. Subsequently, members of the United States Customs and Border Patrol often find themselves transferred from location to location, oftentimes to vastly different parts of the country.

These moves can also have an impact on the spouses and families of CBP officers.

Jenni Lowe is one such spouse who is familiar with drastic relocation. A year and a half ago, she and her husband, a CBP officer, lived in San Diego, California, where one of the busiest ports of entry exists with the Mexican city of Tijuana. Suddenly, she found herself on the complete opposite side of the country, relocated to rural Houlton, Maine, near the border of New Brunswick.

“It was a long trip, that’s for sure,” said Lowe. “I’m originally from Ohio, so it’s not too bad for me. My husband is from Vegas, so it’s been an adjustment for him.”

But Lowe was also a member of the Border Patrol Agent Family Network, a group made by and for spouses of Customs and Border Patrol officers to help them adjust and find community when relocating to a new area.

The group was founded 10 years ago by Nuri Vitiello, a native of southern Texas who currently lives in Washington, D.C., with her husband, a retired CBP officer.

“When we started this, we started just basically to communicate with each other on Facebook,” Vitiello said. “I recognized that people were starting to relocate to different states, asking questions like, what do you like about those communities?”

Vitiello said that the organization also works to address issues important to CBP spouses, such as higher-than-average rates of divorce and suicide, as well as help support surviving spouses of CBP officers who have fallen in the line of duty.

Such support can be crucial for spouses, because the Department of Homeland Security, the federal umbrella department that includes Customs and Border Patrol, does not offer any benefits or family support system for relocation to a new area. Oftentimes, spouses are on their own to figure out how to afford moving to a new area and providing for their families.

“I can reach out to some of the spouses [in a certain area] and ask them hey, can you try to get people to get donations, like diapers, daycare resources, to help somebody out that is in a situation like that where you have no family around to support you,” Vitiello said. “So it’s a primary support system for each other.”

Vitiello also said she hopes the network can help dispel some of the negative stereotypes around CBP officers, who she feels do not receive enough positive coverage in the media.

“I sometimes feel my husband is negatively viewed because he has a uniform on. He’s done nothing wrong,” she said. “So we started to promote more positive stories.”

Lowe is the first BPA Family Network member to arrive at the Houlton area, and has helped other spouses who have moved to the area adjust to their new lives in Houlton.

“When someone says they’re moving to Maine, I reach out and basically let them know, and ask what do you need? How can we help you?” Lowe said. “We let them know what realtors to use, where to get your power, that kind of stuff.”

The Houlton members have since helped organize other spouses to perform several activities throughout the Houlton area. They baked cookies for the 95th anniversary of the U.S. Border Patrol, helped to give out candy in Houlton’s Market Square during Halloween, and helped write Christmas cards to surviving spouses.

“She was one of my big volunteers out in California,” Vitiello of Lowe said. “So having her go to Maine, which really did not have an active group there, it has been such a positive thing for the families out there.”

For the first time since 2019, there is competition for open seats on the Houlton Town Council
Pets END_OF_DOCUMENT_TOKEN_TO_BE_REPLACED

We hope everyone enjoyed a wonderful holiday season and is looking forward to the new year.  December was a busy month at the Central Aroostook Humane Society with so many people and businesses bringing in much-needed supplies and monetary donations, which help us to take care of the special temporary pets in our care.
What's Happening This Week END_OF_DOCUMENT_TOKEN_TO_BE_REPLACED