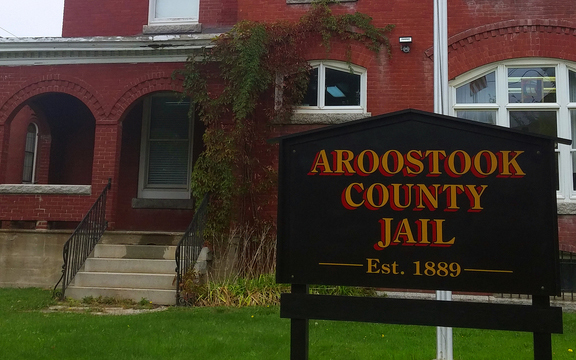 Joseph Cyr • November 19, 2020
The Aroostook County Jail earned high marks on its bi-annual inspection, despite operating an aging facility during the COVID-19 pandemic.

HOULTON, Maine — The Aroostook County Jail earned high marks on its bi-annual inspection, despite operating an aging facility during the COVID-19 pandemic.

Aroostook County Sheriff Shawn Gillen told members of the Aroostook County Commissioners board Wednesday that the County Jail earned a score of 100 percent on its recent review.

He apologized that the full report was not available for review by the commissioners because of a delay in compiling the data. The full report is expected to be presented to the group at their next regular meeting Dec. 16 in Fort Kent.

“We did score 100 percent and even exceeded certain standards in the jail, so we are extremely pleased,” Gillen said. “I was a little worried because we have been overcrowded and the jail is failing in terms of the physical plant. But we have a good crew over there.”

The ACJ has scored 100 percent on each of its last four reviews, according to Gillen. County Jails are reviewed every two years and the Houlton jail is believed to be the only county Jail in the state to accomplish this feat.

The jail population has fluctuated over the past few months because of the backlog of court cases. Gillen said the jail, which is only rated for 117 inmates, has been averaging about 120 inmates.

“It really makes it difficult to quarantine any new inmates coming in,” Gillen said. “But we have the new rapid test that we give any inmate arriving that has symptoms. We can find out in 15 minutes if they are positive [for COVID-19].”

An inmate who tests positive would be secluded and administered a more stringent test to rule out any false positive cases, he said. All of the testing is handled in-house.

“We don’t have any cases, so that is good,” Gillen added. “The inmates just aren’t moving [though the court system]. The biggest problem is the Department of Corrections can say they are not taking any new inmates [at the state prison]. We are sitting on DOC inmates that we are paying for because they can’t be transferred.”

In other jail-related news, Gillen requested permission to seek proposals for outside food providers at the jail. Normally, the jail would have three cooks to prepare meals, but officials have struggled to fill two vacancies in the kitchen staff.

“We are having an extremely hard time filling positions in the kitchen,” Gillen said.

Gillen suggested they could request bids from outside food vendors to see if that might be a solution to the jail’s problem.

“How it would work is the company would hire their own people, but we would still vet them to make sure none are felons,” he explained. “They would handle all of the ordering, utilizing our kitchen and equipment.”

The board agreed to look into contracting the food services, provided the expense was equal or less than what is currently budgeted for the program.

It was a freezing day across The County, but you could hardly tell from the turnout. Even after a massive surge in absentee ballot requests across the Central Aroostook area, droves of people came out to vote in Presque Isle, Mapleton, Washburn and Fort Fairfield.
Pets END_OF_DOCUMENT_TOKEN_TO_BE_REPLACED