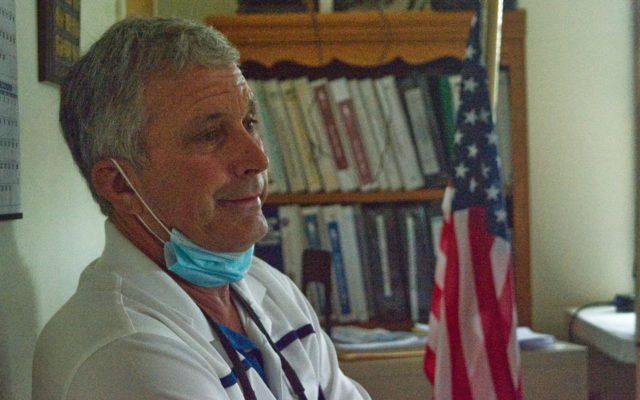 David Marino Jr. • December 2, 2020
The Caribou City Council has voted to permit the city manager to hire a private investigator to look into the leak of former mayor Mark Goughan’s resignation letter to a social media page.

CARIBOU, Maine — The Caribou City Council has voted to permit the city manager to hire a private investigator to look into the leak of former mayor Mark Goughan’s resignation letter to a social media page.

Former Caribou Mayor Mark Goughan — who was reelected less than a month ago — sent a letter of resignation to members of the city council and City Manager Dennis Marker last month over his attendance at budget workshop and committee meetings, Marker said.

Several councilors were outraged about a Nov. 19 post in the Facebook group Caribou Citizens Outreach that purportedly contained Goughan’s resignation letter. Marker did not respond to a request for the letter, but he and several councilors confirmed the post as authentic during Monday’s deliberations.

Councilors said the leak of an email only sent to Marker and the rest of the city council imperiled the sanctity of private city deliberations, especially those conducted in executive session.

They said Goughan’s resignation letter had been discussed in an executive session after a Nov. 16 council meeting that Goughan did not attend.

In the letter, Goughan said a constituent had recently brought to his attention Section 2.06 of the Caribou City Charter, which stipulates that a councilor who fails to attend 80 percent of budget workshop and committee meetings in a calendar year risked forfeiture of their seat. Marker said Goughan’s unexcused absences put him narrowly below that requirement.

Goughan said he would resign to avoid distractions, especially those related to “that Facebook group” — likely referring to Caribou Citizens Outreach, a hotbed of political issues in Caribou.

Goughan’s resignation was accepted by the Caribou City Council on Monday. It is unclear if Goughan will return to the council to begin his new three-year term in January, and he did not respond to a request for comment through his city of Caribou email.

While executive sessions are often used to discuss confidential matters — such as employment issues — Maine law states that emails sent or received by municipal officials related to government business is public record. There are exemptions, though many of them concern information unrelated to policy or operations, such as the release of health information.

There was also controversy over an email Marker had sent to the city council and department heads discussing Goughan’s resignation. Councilor Hugh Kirkpatrick, audibly angry, repeatedly asked Marker why he had sent information discussed in an executive session to department heads.

Marker did not deny that the email he had sent was related to information discussed in the Nov. 16 executive session, but said the information was “already out” on social media and was therefore no longer confidential. He said he had sent it to department heads so they could be aware of the situation.

However, Kirkpatrick was not satisfied with the explanation.

“The fact that it made it on social media doesn’t make it not confidential anymore,” Kirkpatrick said.

The council’s live broadcast of the meeting over YouTube was beset by technical difficulties, with audio from Marker being indiscernible amid heavy feedback.

Councilors acknowledged the audio issues — saying several times they were having difficulty understanding Marker — and tabled a decision on funding the installation of a splash pad and other improvements at Teague Park because of the audio issues.

Forbidden foods for our four-legged friends are many and can be very dangerous if ingested. Sometimes, we give our pets leftovers or what we consider treats. According to many sources, some human foods can make an animal very sick, and in certain cases can even be lethal.
What's Happening This Week END_OF_DOCUMENT_TOKEN_TO_BE_REPLACED