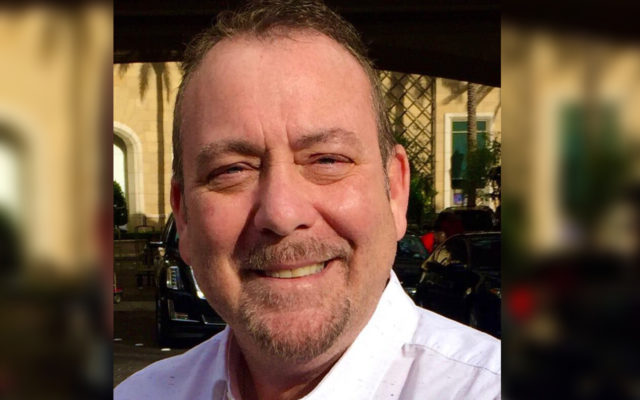 CARIBOU, Maine — Kevin Simmons, who owned the Caribou and Presque Isle Inn and Convention Centers, lost a 15-year-long battle to illness on Jan. 16.

Simmons, a Portland native, bought the Caribou Inn and Convention Center in 1994 when he was just 28 years old. Six years later in 2000, he purchased the Presque Isle Inn.

Betty Hersey, who currently manages the Caribou and Presque Isle inns, met Simmons when he first arrived in The County.

“He was 28 and I thought oh my goodness, this young kid is coming to The County. It’s totally different from Portland, but he fell into it and tried to do his best. Some people were leary of a young kid taking over a hotel, so he butted heads with some people over the years, but in the long run he won them over.”

And in 2000, Simmons met his partner David Katz, who remained with him throughout his life.

“We met down in Boston while I was working as a bartender, and we’ve been together ever since,” Katz said. “I think we would both tell you that we felt there was an instant connection, and a mutual desire for a supportive, committed relationship.”

Both Hersey and Katz describe Simmons as a big personality who loved Aroostook County.

“I think people were sort of instantly drawn to him, particularly up there,” Katz said. “Whenever he would go up to the hotel he would of course talk to all the staff, but he also really spent a lot of time with his guests, whether they were workers coming up the state, truckers, and of course snowmobilers, which is a huge part of the community up there.”

Katz said Simmons has had regular customers since 1994 and has made countless friendships.

“It wasn’t just about wanting to fill the rooms,” Katz said. “It was really about making a connection with the people that came to stay.”

Throughout the years, Simmons and Hersey developed a strong friendship.

“We were extremely good friends,” Hersey said. “I went on vacation with him and his family. We used to go snow sledding. We were always doing stuff together. If we weren’t going for bike rides, it was going for walks, and we’d discuss business while doing it. He watched my kids grow up. He was a part of my family. He was a part of us.”

But in 2005, Simmons was diagnosed with acute myelogenous leukemia, which marked the beginning of a long battle Simmons fought until his death in January 2021.

He immediately received treatment, putting the leukemia in remission, but in 2007 it came back. Katz said his only option was to receive a bone marrow transplant, leading to severe complications that shut down his liver and kidneys.

Eventually, he was put on medication and his organs began to function normally, leading to his release in 2008 and a subsequent year in isolation at his Portland home while his immune system recovered.

Simmons had ongoing health challenges, and was later diagnosed with Graft-versus-host disease (GVHD), which is the result of immune cells from a donor attacking the recipient’s tissues.

Last year, Simmons was diagnosed with a new form of skin cancer. Doctors removed a tumor and Simmons underwent radiation treatment, but Katz said they later found nodes in his lungs during a subsequent scan and determined that the cancer had spread to his lungs.

Since he was first diagnosed with leukemia more than 15 years ago, Simmons remained optimistic.

“Even when they introduced new limitations, he wasn’t a complainer; he was a fighter. He faced it head-on,” Katz said. “I can’t say enough about watching him deal with this and continuing to maintain his strength and courage in the face of ongoing health challenges.”

Following his first transplant, Simmons befriended countless patients in Aroostook County and beyond.

“He would forge relationships with them and try to support them through their medical journey,” Katz said. “I’ve had the good fortune to meet a number of those people, and many talk about how helpful he was to them, or about how they don’t think they would’ve been able to get through it without someone like him.”

He became involved with online support groups for GVHD, bone-marrow transplants and leukemia, sharing his own stories while encouraging others not to give up hope.

“Since his passing, a number of strangers have reached out to me not only to offer condolences, but to share the story of how they were connected to him, and how he helped them,” Katz said. “It has been completely overwhelming and incredible, and it speaks so highly to who he was.”

Hersey said he participated in numerous community events such as the American Cancer Society’s Relay for Life event, and that he supported the Red Cross.

Both Katz and Hersey attested to Simmons’ love of Aroostook County.

“He was proud to be part of the community, not just in owning property there, but of having local organizations come to meetings, or come out to dinner or the bar at both properties. He felt like they were a sort of vital aspect of the community,” Katz said.

“He always wanted to be a part of this community and I hope people up here realize that,” Hersey said.

They both said Simmons was known for being outspoken and authentic.

“You don’t get any realer than Kevin,” Katz said. “He was as real as they come. You knew exactly where you stood with Kevin, and he was likely to say whatever was on his mind at any moment. I think people really enjoyed being around him, largely because he didn’t put on any airs. I think that’s why so many in the community embraced him.”

Due to COVID-19 restrictions, the service for Simmons was limited. But Katz and Hersey said they are hoping to hold a large celebration of life honoring Simmons once the pandemic is under control.

“Kevin’s strength of character is super human,” Katz said. “It was just amazing what he endured. Kevin wanted to live, and he wanted to live well. He fought hard to have a good life, which he did for a long time.”