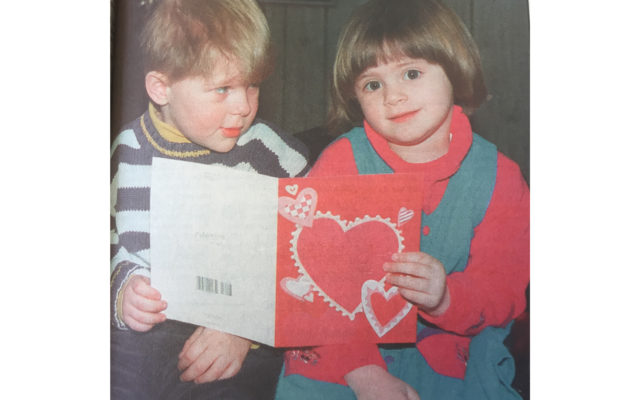 Beth Lacombe, Special to The County • February 17, 2021
100 Years Ago - Feb. 17, 1921 New location -- A. Levine and Sons are moving their stock of shoes, rubbers, etc., and also their repair shop from their store on Sweden Street, which they have occupied for several years, into the building on Washburn Street formerly occupied by the Hachy Bros., where they will be pleased to meet all their old customers and hopefully many new ones.

New location — A. Levine and Sons are moving their stock of shoes, rubbers, etc., and also their repair shop from their store on Sweden Street, which they have occupied for several years, into the building on Washburn Street formerly occupied by the Hachy Bros., where they will be pleased to meet all their old customers and hopefully many new ones.

Children’s week — One librarian writes that she, accompanied by the Superintendent of Schools, visited the children in their school rooms, gave short talks about the purpose of the week, and showed them samples of books which were to be added to the children’s library. Also, a food sale was held in the library raising about $85 for the effort.

New president — The New England Farm Equipment Dealers Association elected G. Fred Norton of Caribou its president at their annual convention in Boston Feb. 5-7. This is reportedly the first year a president has been chosen from Maine. He is presently the John Deere agent in the local area.

Veterans Information Center — The Caribou Veterans Information Center operated by the town will open its office in the municipal building on Monday. The center, which is designed to inform veterans of their rights and will help them to deal with problems they have, will be run by Philp Holts. It welcomes veterans from towns other than Caribou to take advantage of its services. Holts recently completed a training course at Togus and is a veteran of over four years.

Makes donation — Dale Dee, division manager of Maine Public Service, recently presented a $500 check to John McCormack, executive director of Cary Medical Center. The funds were donated by Maine Public Service and will be used to purchase equipment for the new building for Specialty Clinics and Cancer Services, which is now being completed at the hospital. Plans are being made for the grand opening of the new building.

Limestone names Doughty and Ward Citizens of the Year — Leitha Ward Doughty and Richard “Dick” Ward, both longtime Limestone citizens, were recognized Saturday night as the “1995 Citizens of the Year.” The honor was presented by Danny Patterson on behalf of the Limestone Chamber of Commerce and the Rotary Club. Ward and Doughty were cited by Chamber President Tim Poitras for their continuous service to others and their efforts to make the Limestone community a better place to live.