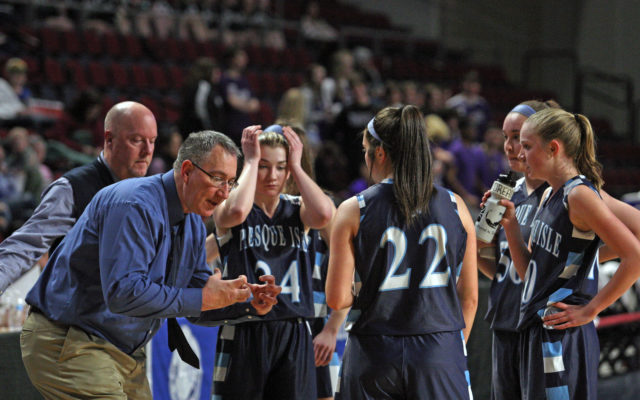 PI girls ease past Warriors in battle of unbeatens

Contributed • February 22, 2021
The much-anticipated matchup between the only undefeated girls’ basketball teams in Aroostook County turned into a runaway for the host Wildcats.

PRESQUE ISLE, Maine — The much-anticipated matchup between the only undefeated girls’ basketball teams in Aroostook County turned into a runaway for the host Wildcats.

The Class B Presque Isle Wildcats never trailed, building a 22-point lead at halftime and increasing the margin to 30 in the second half en route to a 55-30 triumph over Class D Southern Aroostook Thursday night at Presque Isle High School.

It was the first-ever regular season meeting between the schools, due to the revamped regionalized schedule that was put into place by the Maine Principals’ Association due to the COVID-19 pandemic.

PI limited the normally-explosive Warriors by putting together a strong defensive effort. The Wildcats used their length, depth and intense play to allow only 16 first-half points and followed that up by surrendering only two points in the third quarter.

Meanwhile, the offense also did its part, primarily in the first half. The hosts racked up 36 points prior to intermission, nailing seven of its nine 3-pointers during that torrid stretch.

Jenna Sargent provided a huge boost in those opening 16 minutes. The senior, known more for her defensive prowess, connected on three long range shots. Classmate Meg Casavant and junior Faith Sjoberg each netted two three-pointers to help the Wildcats get out to the comfortable lead. Sjoberg scored 10 points in a first quarter, which saw Presque Isle build a 19-8 advantage.

“Faith set the tone early with her driving and shooting, and the rest of the team followed behind,” Hudson said. “The first half may have been our best all-around half of the year.” Sjoberg and Casavant ended up as the top scorers for the winners with 17 and 13 points, respectively. Sargent finished with nine.

Presque Isle, now 9-0, concludes the regular season next week with games at Houlton Tuesday, Feb. 23 and at Fort Kent Thursday, Feb. 25 before the home finale against Caribou Saturday, Feb. 27.

The 9-1 Warriors travel to Washburn Tuesday, Feb. 23 before hosting Houlton on Thursday, Feb. 25 to wrap up their slate.