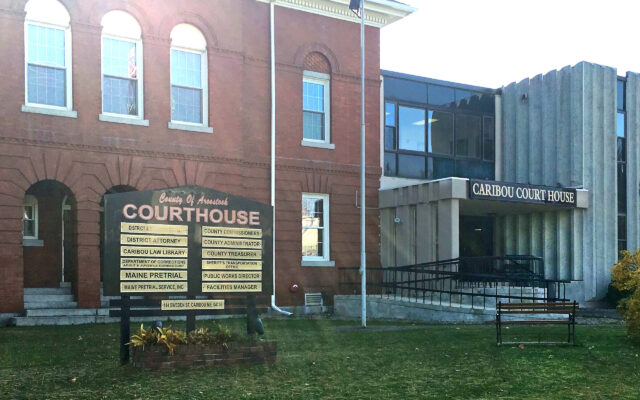 Chris Bouchard • March 26, 2021
Plaintiffs in a civil lawsuit alleging the city of Caribou violated its charter are opposing the city’s motion to dismiss along with the city’s claims that the lawsuit is legally defective.

CARIBOU, Maine — Plaintiffs in a civil lawsuit alleging the city of Caribou violated its charter are opposing the city’s motion to dismiss along with the city’s claims that the lawsuit is legally defective. The city has since responded to this objection, requesting that the court dismiss all but one count from the initial complaint. The next step is for the court to make a decision on the case.

The lawsuit, filed on Nov. 4, 2020, alleges that defendants City Councilor Doug Morrell and the city of Caribou violated the charter by allowing Morrell to sit on the council when his taxes were not paid by Dec. 31, 2019, which plaintiffs said should be grounds for him to forfeit his seat.

“Only qualified voters of the city, who are current for all annual personal and real property taxes due to the city on or before December 31st of the previous year, shall be eligible to hold the office of Councilor,” according to section 2.01(b) of the Caribou city charter.

Plaintiffs Christine Lister and Gary Aiken filed the lawsuit while they were both involved in a committee to recall Morrell from city council for several reasons, including the assertion that his taxes were not paid on time to be a seated councilor. The committee’s recall petition fell short by just 53 of the required signatures. Only 15 of the signatures were submitted to and verified by the city.

The initial complaint alleges that the charter’s rules concerning forfeiture of a council seat for unpaid taxes are clear, and that the city violated them by failing to notify Morrell of the offense in open session and in writing, failing to deliver a written copy of the offense to the city’s attorney, failing to hold a hearing about this at the next regularly scheduled council meeting and failing to judge the councilor’s qualification, make a decision on his forfeiture and hold a vote on whether a forfeiture occurred.

Lister and Aiken asked the court to review the council’s actions and requested that the city take any mandatory action required under the charter in addition to awarding legal fees and costs along with any other relief the court deemed proper.

The city’s attorneys responded by filing a motion to dismiss on the grounds that the claims in the lawsuit are legally defective, and that only the council can collectively determine if a forfeiture occurred and take corrective action.

The city said it did follow the correct procedures, as Councilor Joan Theriault made a motion during an October meeting to invoke the forfeiture process described in the charter, but according to the meeting’s minutes on record, it was not seconded.

They also said the city, in its motion to dismiss, acknowledged that there is a dispute when it comes to interpreting the charter, demonstrating there is a legal basis for the lawsuit. The city council, since this lawsuit was filed, has established a committee to review the charter for ambiguous language.

“Defendants’ Motion attempts to play a shell game that hides the pea such that Plaintiffs would be denied any avenue to challenge or check the actions of the city and its City Council,” the plaintiffs’ objection read.

They also rejected the city’s argument that only the council can determine if they are properly following the charter.

The city responded on March 25, upholding their motion to dismiss the lawsuit, and reiterated that the charter was not violated, as the provisions only apply to seated councilors and “not to voters, candidates, or Councilors-Elect.”

“Morrell was not a councilor before January 20, 2020, therefore he was not obligated to pay his property taxes owed to the city by [Dec. 31, 2019]. Plaintiffs invite the court to ignore the meaning of Councilor and expand it to include voters, candidates and Councilors-Elect, but ordinary canons of statutory construction prohibit such action,” the city’s response read.

The city’s recent response held that while Rule 80B is still susceptible to dismissal on these grounds, it may proceed if the court determines that some standing exists for the claim.

According to the Caribou Superior Court, the next step is for the court to make a decision on the lawsuit, however as of March 26 it is currently unclear when this will occur.

For the first time since 2019, there is competition for open seats on the Houlton Town Council
Pets END_OF_DOCUMENT_TOKEN_TO_BE_REPLACED

We hope everyone enjoyed a wonderful holiday season and is looking forward to the new year.  December was a busy month at the Central Aroostook Humane Society with so many people and businesses bringing in much-needed supplies and monetary donations, which help us to take care of the special temporary pets in our care.
What's Happening This Week END_OF_DOCUMENT_TOKEN_TO_BE_REPLACED