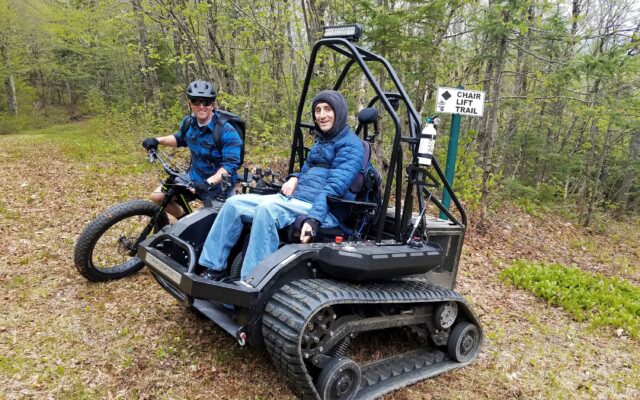 Kathleen Phalen Tomaselli • May 4, 2021
Since he was 5, Michael Chasse spent early winter mornings on the sun-dappled Mars Hill Mountain, helping his dad ready the ski patrol hut and get the old cast-iron barrel stove burning red hot at BigRock.

It was there that the core of who he is took shape, mostly on skis. His path was rooted in a deep love of the northern Maine mountains and of getting his skis on those long narrow trails of virgin corduroy, the elegantly lined pattern created by snow trail groomers.

In April, Chasse’s more than three-decade dedication to skiing was affirmed when he was named to this year’s Maine Ski and Snowboard Hall of Fame. An October induction ceremony is planned at Maine’s Sugarloaf.

It’s the mission of the Maine Ski and Snowboard Hall of Fame to recognize skiers who, through their efforts and achievements, have brought distinction to Maine skiing.

“I wasn’t expecting it and when I opened the letter, I immediately started crying,” Chasse, now 39, said. “It’s quite something to think that the work I’ve done is deserving of that.” 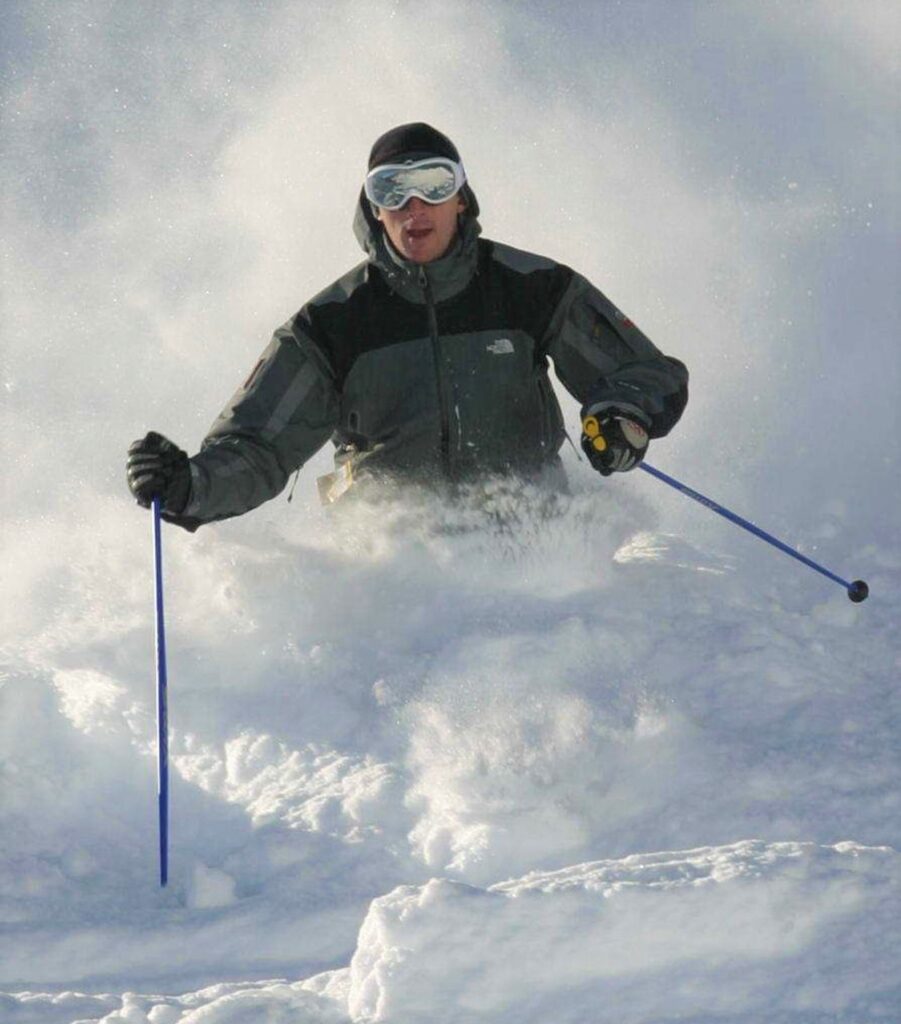 Getting to this point did not always come easily, and Chasse’s journey has taken unexpected detours on routes often at odds with the dream he had envisioned for himself.

“My career and my life’s passion were based on using my body,” he said. “And then I lost my body.”

On March 1, 2007, his parents were visiting him in Utah. They all went to Deer Valley in Park City for what they thought would be a pretty routine day of skiing. But Chasse didn’t see something buried under the snow and his ski edge got caught in a transition, causing him to lose his balance.

He landed on his head, breaking his neck.

Initially, things were pretty dicey. Chasse nearly lost his life and the majority of his body was paralyzed. After two intensive surgeries, he was on a breathing machine for three weeks and it would be months before he left the hospital, first at University of Utah and then at Craig Hospital in Colorado.

Nonetheless, the accident doesn’t really define Chasse or erase all he did for skiing up to that point, not to mention what he has done since. And it is his sense of determination, a never-give-up attitude, that has carried him through the roughest of patches, bringing him to the other side of things.

“Mike Chasse is a modern-day pioneer of the ski industry,” BigRock General Manager Travis Kearney said. “His positive attitude and approach to life is an inspiration. For as long as anyone can remember Mike and his family have been part of the Aroostook County ski culture.”

To hear Chasse tell how he got his dream job as an electrical engineer with Doppelmayr, the largest ski lift manufacturer in the world, is a bit like listening to a hero’s tale. He sent 32 impassioned letters to the top ski areas and manufacturers in the country asking for a job. Many never responded and some told him “no. But he kept improving his skills and was determined to follow his passion, working outdoors in the ski industry.

“When my first tries through the conventional job posting/human resources channels didn’t work, I beefed up my credentials and tried again,” Chasse said. “When that didn’t work, I dug into my personal network, found the right person to contact, and put it all out there, telling them I know what I want and I’m prepared to do whatever it takes to get there.  I was persistent, built a relationship and maintained contact with a company even when the job wasn’t available.”

Doppelmayr hired him a year before his accident. He was on the design team for the Whistler Symphony Express in British Columbia, the Snowbird Peruvian Express in Utah, and early engineering on the Mad River Glen single chair lift, but was injured before it was completed.

After his accident he returned home to Presque Isle and currently lives with his mom, Rhonda, and his service dog, Caleb, who is now 12. 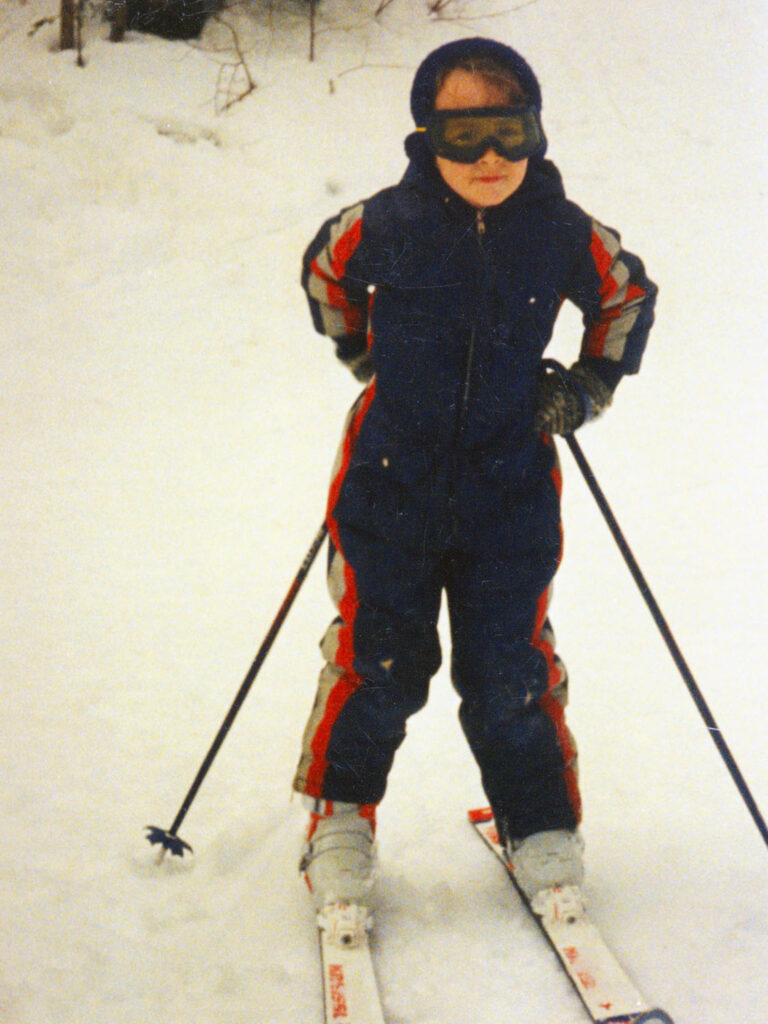 PRESQUE ISLE, Maine — May 3, 2021 — Presque Isle City Councilman Michael Chasse started skiing with his family at BigRock Mountain when he was five. Chasse was recently named the to Maine Ski & Snowboard Hall of Fame. (Courtesy of Michael Chasse)

Early on it was emotionally hard not being able to ski, especially after a lifetime of sharing the sport with his family, racing as a slalom competitor and being a member of the Maine Elite Ski Team, because he loved it more than anything.

But one day, Chasse realized it was the people he really missed. So every weekend when his dad, Tom Chasse, went to BigRock to ski, Chasse went too, and started rekindling those relationships. His father died last April and Chasse said it is sad he is not here for the Hall of Fame induction.

“BigRock Mountain has been fortunate to have Mike serve on the board of directors… his positive approach and strategic thinking help BigRock navigate the challenges that all ski areas face in the current market,” Kearney said. “In the last year, Mike has completed an extensive grant application with the USDA to replace our groomer. Most recently he solely worked with Snow Engineering Group to develop a strategic master plan for BigRock.”

Chasse is a Presque Isle city councilman and works every day at the family-owned business, Bike, Board and Ski, downtown. These days he loves to show others about skiing and outdoor sports. And he still travels up and down Mars Hill Mountain to check on trails and lifts on his tank-like ripchair.

“I’m finding my own happiness in skiing, with other people,” he said. “There was a point in my life that I was focused on myself and my family took a backseat. It took getting hurt to realize that nothing is more important than who you surround yourself with.”

Rep. Joseph Underwood, R-Presque Isle has been appointed to serve on the Legislature’s Agriculture, Conservation and Forestry Committee.
Pets END_OF_DOCUMENT_TOKEN_TO_BE_REPLACED