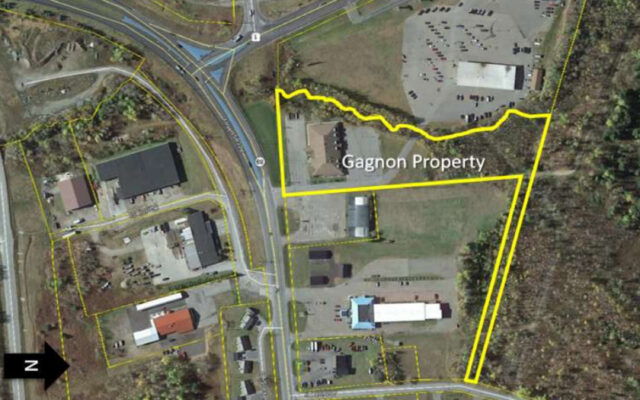 Chris Bouchard • May 19, 2021
Caribou City Council unanimously approved a TIF credit enhancement agreement with Gagnon’s Rental Properties, which would allow for the relocation and expansion of Northern Maine Dental, during a May 17 meeting.

CARIBOU, Maine — Caribou City Council unanimously approved a TIF credit enhancement agreement with Gagnon’s Rental Properties, which would allow for the relocation and expansion of Northern Maine Dental, during a May 17 meeting.

Dr. David Smith had owned and operated Northern Maine Dental from his Maine Street home since 1981, but Dr. Meagan Thompson has since acquired this business and is seeking a larger space via Gagnon’s.

Dr. Thompson plans to bring another dentist to the area, increase staffing and services, and bring more than $640,000 worth of new equipment to Caribou, according to information submitted to the city.

Gagnon’s also plans to spend an estimated $900,000 on renovations to the property as part of the effort. The new office, located on 14 Access Highway, is located within the city’s Omnibus Downtown Tax Increment Financing District, which will remain active for another 15 years. As a result, the approved agreement will last for the same amount of time.

Specifically, the agreement would allow Gagnon’s Rental Properties to keep 80 percent of the increased assessed value retained in the district over the course of each tax year.

Last year, the assessed value of that property was $690,200, and Marker said they would have paid approximately $16,000 in taxes. Assuming tax rates are the same and Gagnon’s doubled the value, they would retain 80 percent, or about $13,000, of the added value and the city would still receive $3,000 in new taxes.

Marker said the new equipment coming to the city would also be eligible for write-off via the BETE, or the Business Equipment Tax Exemption program.

A couple of councilors asked to table the item until they could get more specific numbers related to how much the value of the building would increase after this expansion, so they and residents would have a better idea of how the TIF could benefit the city.

Councilor Doug Morrell first posed this question, but reiterated that he completely supports the TIF proposal.

“This is a true win-win for both parties,” Morrell said.

Marker said that it may not be easy to know specifically what the new assessed value will be until the improvements are completed, and council later unanimously voted to move forward with the agreement.

“I congratulate Mr. Gagnon and his client,” Morrell said. “Gary’s helping us retain a solid business that’s been in this city forever, and thank you to the client who is willing to stay here and expand. We’re going to have an amazing facility in this town by the time this is all done, so my hat’s off to both of them.”

For the first time since 2019, there is competition for open seats on the Houlton Town Council
Pets END_OF_DOCUMENT_TOKEN_TO_BE_REPLACED

We hope everyone enjoyed a wonderful holiday season and is looking forward to the new year.  December was a busy month at the Central Aroostook Humane Society with so many people and businesses bringing in much-needed supplies and monetary donations, which help us to take care of the special temporary pets in our care.
What's Happening This Week END_OF_DOCUMENT_TOKEN_TO_BE_REPLACED