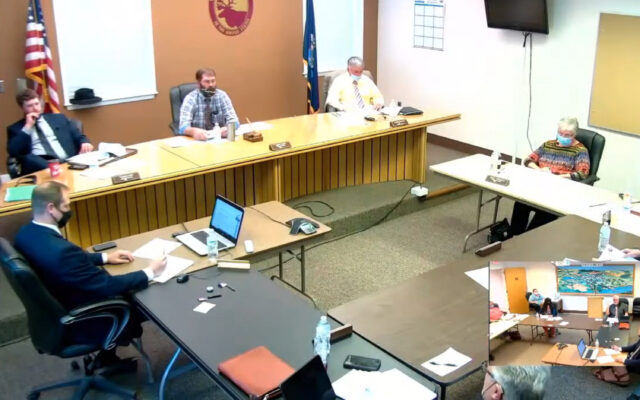 The council would need to act on the proposed amendments prior to Sept. 1 in order to have the changes placed on the November ballot for residents to approve.

The qualification amendment was introduced on April 20, and would clarify language in the charter, stating that a seated councilor must not hold any other city office or any position that has its wages based on the city council-approved annual expense budget, and that “On or before December 31 of each year, have all annual personal and real property taxes due to the city paid in full.” The revision adds that none of the eligibility requirements shall be interpreted to preclude someone from running for public office.

The city and one of its councilors, Doug Morrell, were recently the subject of a lawsuit, which the Caribou Superior Court dismissed in late April. The main point of contention in the suit was that a councilor’s taxes were paid after Dec. 31 of the previous year. In their motion to dismiss, city attorneys argued that while the taxes were paid after this date, they were paid before the councilor was formally sworn in, concluding that the Dec. 31 rule only applies to seated councilors.

The revised text clarifies that these rules specifically apply to seated councilors, but still states that taxes need to be paid on or before Dec. 31.

Councilor Mark Goughan asked City Manager Dennis Marker if the revised text would allow councilors elected in November to pay their taxes after Dec. 31 but before being formally sworn in.

“This language says each sitting city councilor,” Marker said, later clarifying that if somebody is a councilor-elect and not yet a sitting councilor, they do not have to have their taxes paid by Dec. 31, but they must be paid before they take the seat.

Changes to the meeting attendance requirements include a councilor being at risk for forfeiture after missing 80 percent of regular meetings without being excused by council, instead of three consecutive council meetings. They would also need to attend at least 80 percent of all budget workshop meetings and councilor committee meetings, excluding those in which the councilor is a liaison with no voting power.

In late 2020, former Caribou Mayor Mark Goughan resigned after risking forfeiture of his seat over missed committee meetings. Goughan was reelected in November of that year, and returned to council in January 2021. Shortly after his return, councilors began discussing clarifying the charter.

Marker said the move from a set percentage of regular meetings as opposed to three consecutive meetings could allow a councilor to miss one or two meetings in a row several times throughout the year while still not risking forfeiture.

The public hearings were recessed and will continue at the next regularly scheduled city council meeting at 6 p.m. on June 14.

June is generally a month that also marks the height of “kitten season,” when large litters of kittens are born and often end up in animal shelters.   Luckily, here at the Central Aroostook Humane Society, we have seen a dramatic drop in the cat population over the past five years, mostly due to our spay and neuter program.
What's Happening This Week END_OF_DOCUMENT_TOKEN_TO_BE_REPLACED