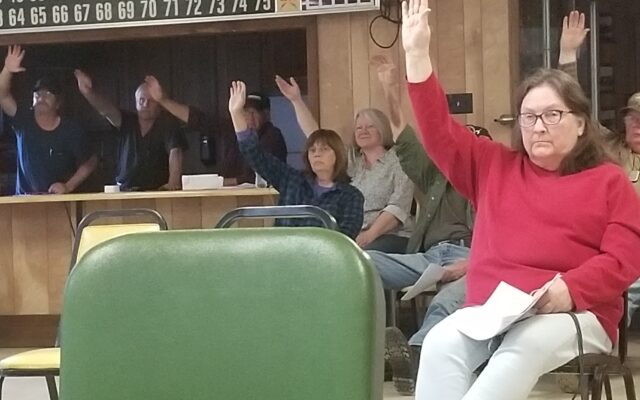 Joseph Cyr • May 20, 2021
The list of towns agreeing to form a new ambulance consortium grew by six this past week as residents of New Limerick, Smyrna, Merrill, Monticello, Littleton and Hammond all agreed to pursue a joint effort for emergency services.

MONTICELLO, Maine — The list of towns agreeing to form a new ambulance consortium grew by six this past week as residents of New Limerick, Smyrna, Merrill, Monticello, Littleton and Hammond all agreed to pursue a joint effort for emergency services.

New Limerick residents voted 17-1 on Monday, May 17, to join the ambulance co-op, while Merrill and Smyrna voted 8-0 and 9-0 respectively during meetings held Tuesday, May 18.

Those in Monticello, Littleton and Hammond met Wednesday evening at special town meetings. Monticello voted 17-0 in favor of the plan, while Littleton voted 27-0 and Hammond voted 13-4 to join the cause.

Turnouts for these special town meetings have been relatively low. For example, there are 615 registered voters in Monticello, but only 17 residents voted in Wednesday’s special meeting.

As presented Wednesday evening in Monticello by Paul Stewart, a retired Houlton paramedic who resides in Hodgdon, and Dennis Merrick, a resident of Monticello, the cost to create a new ambulance service will be about $847,258.

That expense will be shared evenly with a per capita rate by those communities that agree to join the consortium. Those communities with higher populations will pay a higher share of the total cost.

“We feel we can do this [service] as well and for the same price as Houlton,” Merrick said. “We have no problem with the Houlton Ambulance Service. The problem is we don’t have a say in it [annual costs].”

Stewart admitted Wednesday in Monticello that the initial startup costs for the new ambulance department will not save the towns any money right away.

“It won’t be any cheaper to start with, but the price and costs will go down over time,” Stewart added. 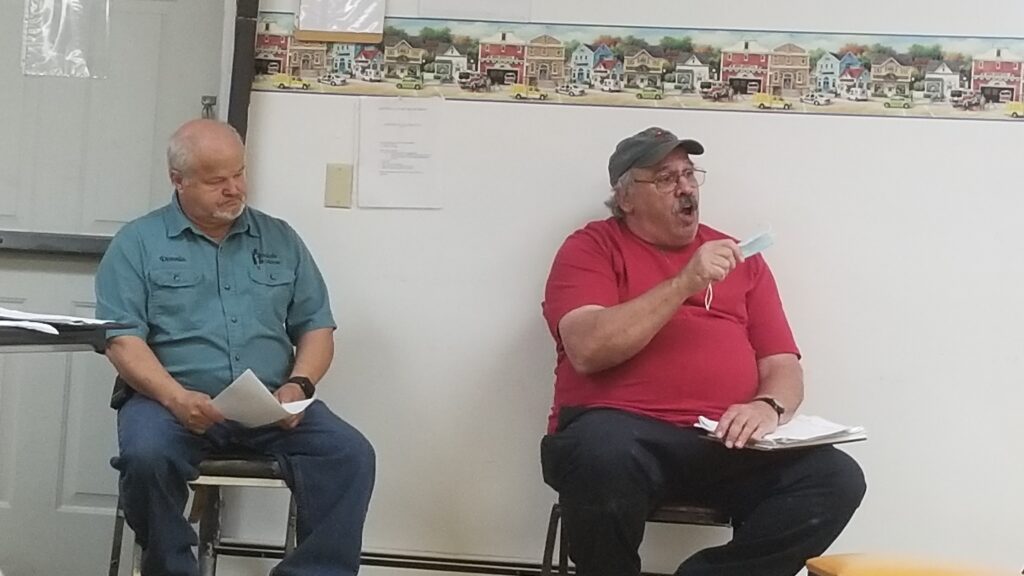 Stewart estimated that the cost for communities could be anywhere between $60-$82.47 per capita in the first few years of existence. The group hopes to bring in upward of $328,200 annually, basing those figures on 700 ambulance calls and at least 100 transport trips of patients needing to go to different hospitals.

A building will either be purchased or built on property most likely located in Houlton since it is centrally located to serve all of the needed communities, and three ambulances will be purchased. The group hopes to hire 10 people, including a mixture of paramedics and basic EMTs to staff the facility.

Back in January, Houlton substantially increased its ambulance rates for 2021 for “contract services.” Many neighboring town officials said they were given no advance notice of the increase and were stunned by the 355 percent increase for ambulance services.

The hikes in ambulance rates mirrors that of recent actions taken by the city of Caribou, which approved substantial increases to surrounding townships, such as Connor, Washburn and Perham, causing them to seek alternative options.

Historically, Houlton charged these communities $16.47 per capita for ambulance services. That fee was increased to $74 per capita for 2021. Houlton Town Manager Marian Anderson has previously said the increase was something that had been discussed informally with the neighboring towns since 2019. The rate hike was predicated by Houlton’s acquisition of four new ambulances, to units ranging in age from 2015 to 2004, and continued shortfalls from insurance companies not covering the full amount for services rendered.

Several meetings were held in the affected communities in recent months to discuss the creation of their own, independent ambulance service.

The Maine Legislature must approve the measure before it can move forward.

At least two of the original 13 communities may be hedging their decision to join the group. According to Stewart, the municipalities of Oakfield and Dyer Brook have yet to hold any town-wide vote on the matter.

Dyer Brook Town Manager Florence Hardy confirmed Thursday morning that “the town of Dyer Brook has not made a decision at this time, but we are considering all options.”

“I’d say the Selectmen are content with Houlton’s price and coverage, but will consider proposals in the future,” Morris said.

Next year's Caribou City Council will include a new member and a longtime councilor thanks to Tuesday's election.
Pets END_OF_DOCUMENT_TOKEN_TO_BE_REPLACED

I know many of you have followed DeeDee’s story. DeeDee had leukemia and was under vet care for the past few weeks. Early one recent morning, she lost her battle with leukemia.
What's Happening This Week END_OF_DOCUMENT_TOKEN_TO_BE_REPLACED