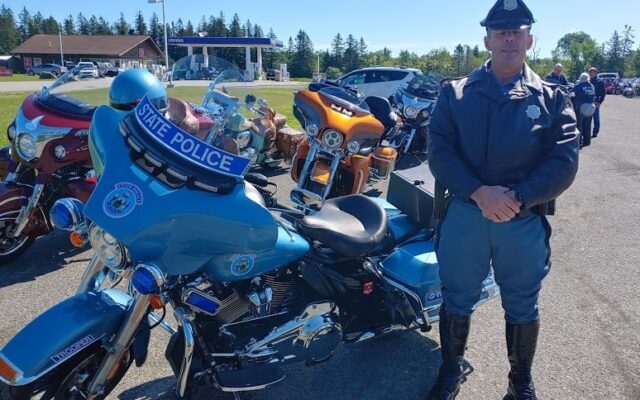 Contributed • July 22, 2021
Perfect riding weather and a strong turnout marked the 8th anniversary of the Mike and Heidi Victory Ride/Walk -- a memorial ride for Mike Kitchen and Heidi Pratt.

OAKFIELD, Maine — Perfect riding weather and a strong turnout marked the 8th anniversary of the Mike and Heidi Victory Ride/Walk — a memorial ride for Mike Kitchen and Heidi Pratt.

The annual ride began at the Oakfield Community Center on Saturday, July 10, with nearly 50 motorcycles joining.

The ride was led by Todd Stetson, one of six Maine State Troopers in the Maine State Police Motorcycle Unit. Riders travelled north on U.S. Route 212 through Merrill, taking Route 11 to Patten and Island Falls and then returning past the couple’s house lot in Oakfield.

At the lot, a memorial garden marks where their home once stood. The garden is accentuated by a metal cutout, designed and orchestrated by Carl Bustard of Jefferson and made by inmates at the Maine State prison where Bustard is employed as a corrections officer.  Riders then returned to the Oakfield Community Center for a hot meal, a chance to purchase raffle tickets on various gift baskets, and wrapping up with a lively auction.

The annual ride was cancelled in 2020 due to COVID-19 restrictions.

“It is refreshing to be able to hold a ride on this eighth anniversary,”  commented Ken Bustard, president of the Mike and Heidi Community Fund.  “The irony is, while it is such a relief to start feeling ‘normal’ again by having these types of rides, life will never again be totally normal since the loss of Mike and Heidi. That said, we are committed to preserving their memory and building a scholarship endowment in their name.”

The board decided that 2023 will be the final event, marking the 10th anniversary of the couple’s death. Kitchen and Pratt were asleep in their 331 Oakfield-Smyrna Road home on Sept. 23, 2013, when Mathew Davis entered their home, killed the couple and set the home ablaze. He was convicted of the crime in 2017 and sentenced to life in prison.

The goal is to increase the current $10,000 endowment at Northern Maine Community College to a total of $50,000, enabling a sizable scholarship to be awarded annually.

“This may seem ambitious to some”  commented  Bustard. “But I believe it is very attainable. The proceeds from our annual memorial ride, and various donations will allow us to build the current endowment to $20,000 over the next two years and raise it to $30,000 the final year. We have plans to make the final ride bigger than any other, and identify donors who will help us finish this out strong.” 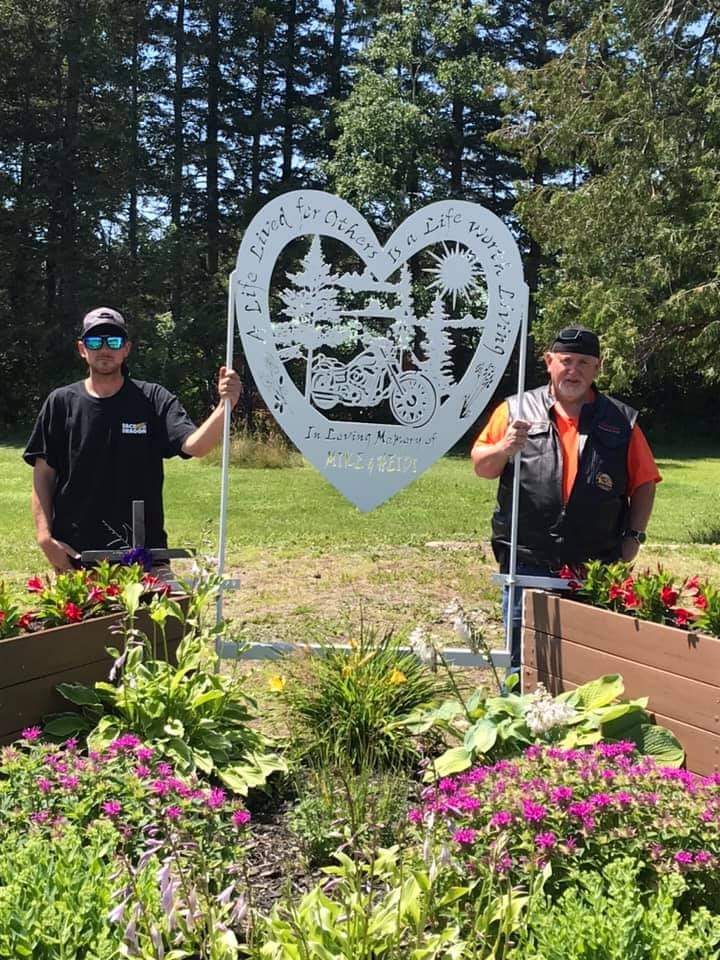 OAKFIELD, Maine — July 22, 2021 — Carl Bustard (right) of Jefferson and his son Derek take a few minutes after the ride to visit the metallic sign at the memorial garden on Mike Kitchen and Heidi Pratt’s house lot in Oakfield. (Photo courtesy of Ken Bustard) 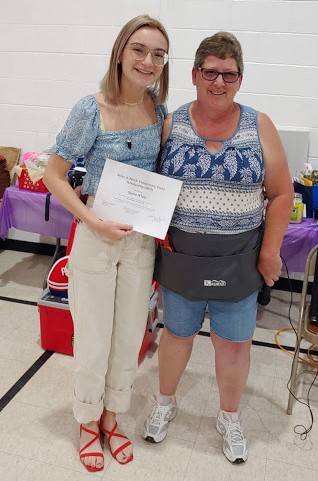 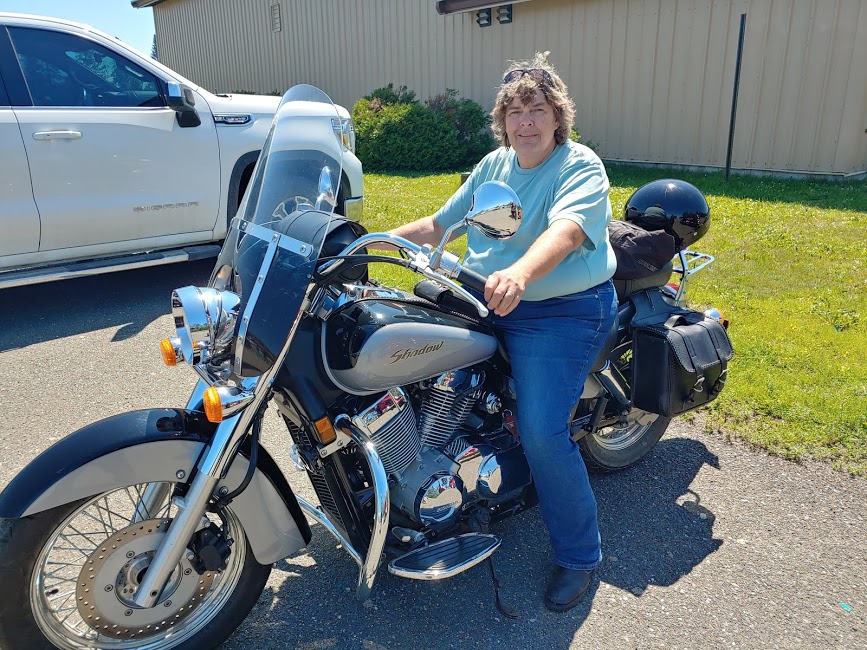 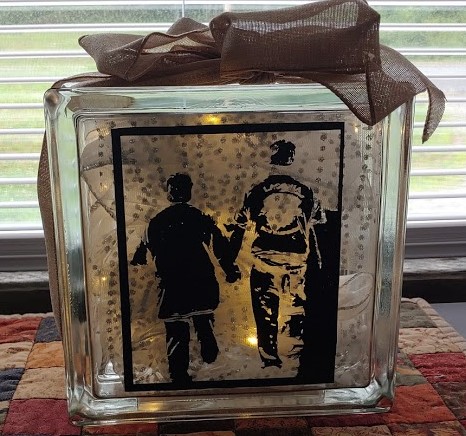 OAKFIELD, Maine — July 22, 2021 — Several personalized auction items were donated for this year’s auction. This lantern featured a picture taken of Mike Kitchen and Heidi Pratt at Niagara Falls just a month before their deaths. (Photo courtesy of Ken Bustard)

Members of the Houlton Band of Maliseets will head to the ballot box in order to determine who will be elected as their new tribal chief.
Pets END_OF_DOCUMENT_TOKEN_TO_BE_REPLACED