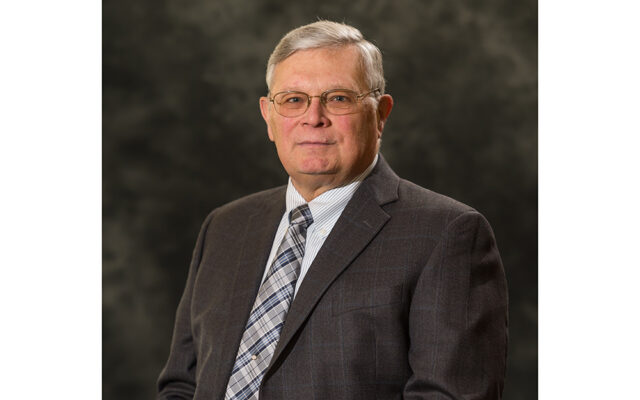 Contributed • July 26, 2021
MMG Insurance Company of Presque Isle announced the retirement of Michael D. MacPherson of Presque Isle from the board of directors at the April 14 board meeting. MacPherson joined the Board in 1997 and served as chairperson from 2017-21.

He is the owner of CSP, LLC and vice president and owner of Future Security.

He previously served as president and owner of Maine Communication Sales, Aroostook Tower, Inc., Aroostook Paging and Aroostook Communications of Presque Isle. MacPherson holds a bachelor of science degree in electrical engineering and an MBA from the University of Maine at Orono. MacPherson served in the U.S. Army from 1973-77 during which time he earned the Army Commendation Medal and the Distinguished Military Graduate award.

“I would like to extend my sincere appreciation to Mike for his years of service and dedication to MMG Insurance. We are grateful for his leadership and impact on the Board and the Company,” said Larry Shaw, president & CEO of MMG Insurance.

MacPherson is a member of the Presque Isle Rotary Club and a past president and district governor. He serves as trustee of the Turner Foundation and as a director of the Presque Isle Industrial Council and is a past secretary, treasurer, chairperson and vice chairperson. He is a past director of Eastern Maine Healthcare, Horizons Health, Healthnet, Inc., TAMC Endowments, Northern Maine Fair Association, Presque Isle Chamber of Commerce and Maine School Administrative District 1. He is a past chief of communications and technology for Nordic Heritage Sport Club. He is a Rotary International Paul Harris Fellow and Citizen of the Year for Presque Isle.

MMG Insurance Company, headquartered in Presque Isle, is a regional property and casualty insurance company with operations in Maine, New Hampshire, Vermont, Pennsylvania and Virginia. With roots dating back to 1897 and a history rich in growth, MMG has earned consistent regional and national recognition for superior service, ease of doing business and as a best place to work. Today, the Company writes in excess of $220 million in premiums in partnership with over 210 Independent Agencies across more than 545 locations. For more information, visit www.mmgins.com.

Members of the Houlton Band of Maliseets will head to the ballot box in order to determine who will be elected as their new tribal chief.
Pets END_OF_DOCUMENT_TOKEN_TO_BE_REPLACED