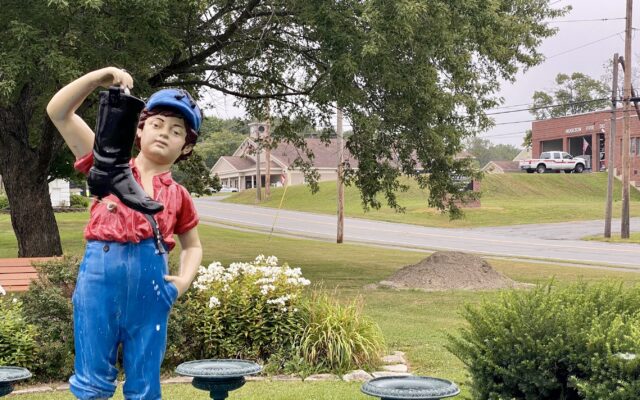 Alexander MacDougall • August 23, 2021
Pierce Park, the location of one of Houlton’s signature landmarks, is getting new benches for visitors who come to see the Boy with the Leaking Boot statue.

HOULTON, Maine — Pierce Park, the location of one of Houlton’s signature landmarks, is getting new benches for visitors who come to see the Boy with the Leaking Boot statue.

The four new benches were a gift from Monument Lodge No. 96, the local Masonic lodge in Houlton, as part of a community betterment program. Money for the new benches was raised from the Grand Lodge in Maine.

“Every year we try to do something,” said Jody Anderson, a member of the Houlton lodge who helped place the benches early on Monday, Aug. 23. “We’re not looking for any big recognition, but it is something for community development.” 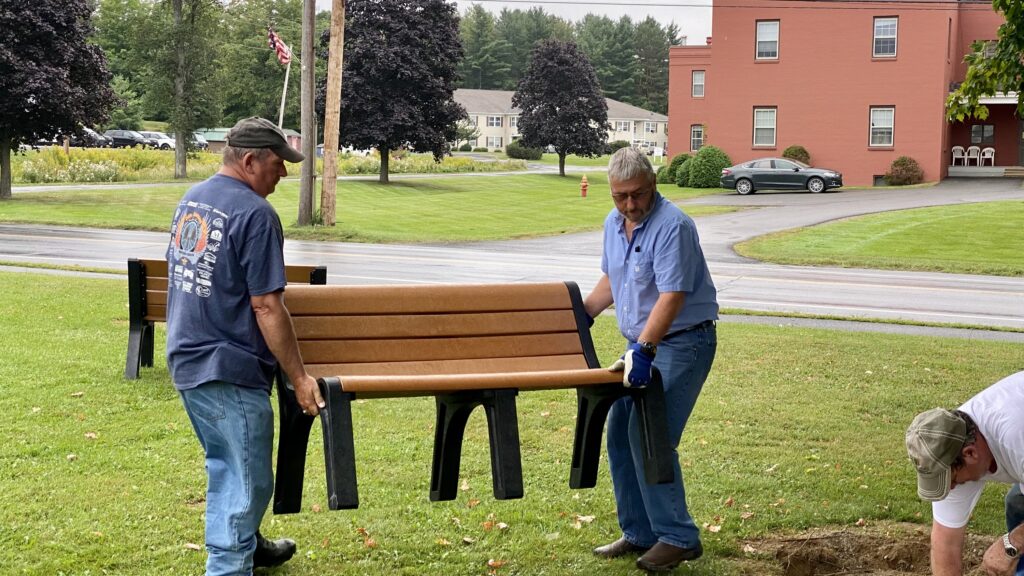 Anderson also gave credit to Steelstone Industries of Houlton, for providing the concrete on which the benches will be placed. Four benches in total are to be placed in the park, each at a different angle facing the statue.

Marie Carmichael, the director of Houlton’s recreation department, was also present on Monday to mark the occasion. The Masons had approached the rec department with the offer of installing the benches.

Located across the street from County Yankee Grocer, the Boy with the Leaking Boot statue is a landmark with a rather mysterious origin — with many identical statues appearing across North America near the start of the 20th century. Other statues appear in Winnipeg, New Orleans and even Cuba.

For the first time since 2019, there is competition for open seats on the Houlton Town Council
Pets END_OF_DOCUMENT_TOKEN_TO_BE_REPLACED