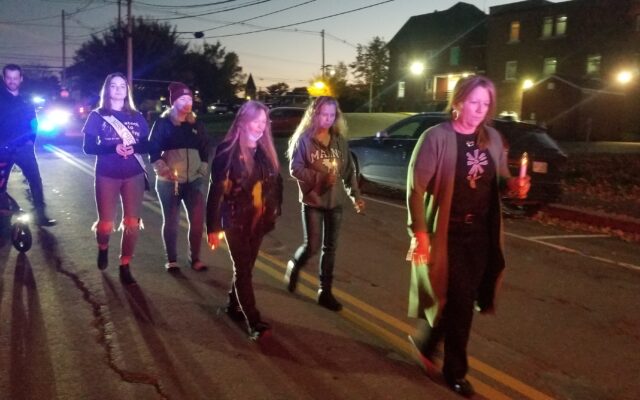 Joseph Cyr • October 7, 2021
Eight people have lost their lives in Maine thus far in 2021 as a result of domestic violence.

HOULTON, Maine — Eight people have lost their lives in Maine thus far in 2021 as a result of domestic violence.

And while that number may be comparable to previous years, it goes to show that more work is needed to bring that number closer to zero.

October is Domestic Violence Awareness month and for the fifth year the Hope and Justice Project has sponsored the “Light It Up” Houlton domestic violence awareness walk. Last year, the event was not held because of COVID-19 concerns.

This year, organizers took their event outdoors to provide additional safety and gathered on Wednesday, Oct. 6,  at the Houlton Monument Park. Leslie Gervais, prevention educator for the Hope and Justice Project, said events like the one in Houlton were crucial to raise awareness for a cause that can be prevented.

“Our theme this year is ‘A Little Piece of our Art,’” Gervais explained. “We have some tables set up around the park. We put it out there for people to paint, draw or create whatever they wanted to. We wanted it to feel significant and meaningful for those who view it.” 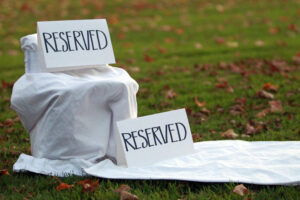 Empty chairs were placed around Houlton Monument Park Wednesday, Oct. 6, to symbolize those people who have lost their lives due to domestic violence thus far in 2021. (Joseph Cyr | Houlton Pioneer Times) 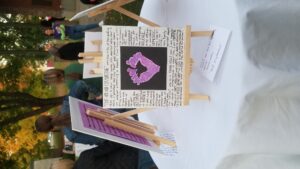 Artwork was on display in Houlton’s Monument Park for the Hope and Justice Project’s “Light it Up Houlton” event Wednesday. (Joseph Cyr | Houlton Pioneer Times)

That artwork was scattered around Monument Park, along with a tag describing the artist’s intentions. For example, one piece of artwork was a drawing of a dream catcher to symbolize the dream of a world without domestic violence. Another showcased an infant’s feet, forming the shape of a heart.

“We hope this artwork will empower our survivors and help those who have a broken heart to heal,” Gervais said.

The Hope and Justice Project is a non-profit organization that provides community education about domestic violence and offers support services for those who are affected by it in Aroostook County.

A small group of about 25 people gathered in the park to remember those who lost their lives and to support those who are still living with domestic violence. Following the ceremony, a walk through Market Square was held, with participants carrying battery operated candles to light their way.

Hope and Justice’s Domestic Violence Awareness month will continue with a similar ceremony at noon Oct. 20, at the Mark & Emily Turner Memorial Library in Presque Isle. 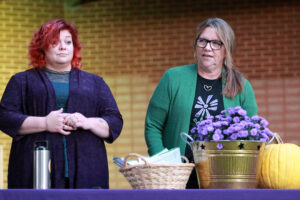 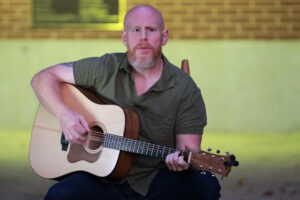 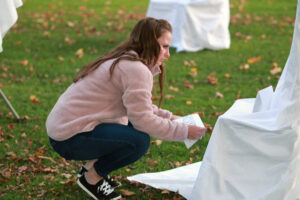 Donna Robichaud reads about one of the victims who has died in 2021 from domestic violence during a vigil in Houlton’s Monument Park Wednesday evening. Nine chairs were placed around the park — one for each victim. (Joseph Cyr | Houlton Pioneer Times)

Members of the Houlton Band of Maliseets will head to the ballot box in order to determine who will be elected as their new tribal chief.
Pets END_OF_DOCUMENT_TOKEN_TO_BE_REPLACED