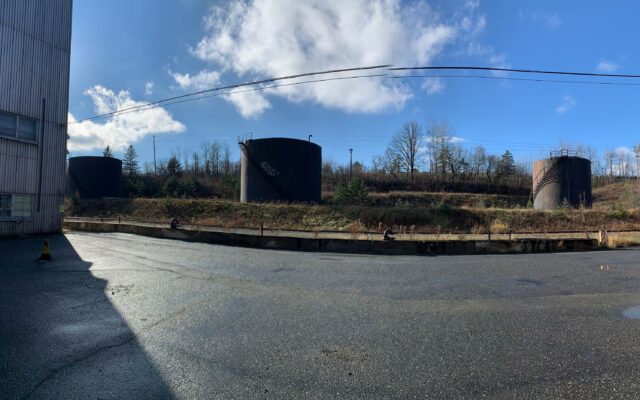 Melissa Lizotte • November 18, 2021
After looking over the latest round of tax-acquired properties, Caribou councilors voted to not foreclose on four of them on the list, citing neglect and substantial amounts of taxes owed.

CARIBOU, Maine — After looking over the latest round of tax-acquired properties, Caribou councilors voted to not foreclose on four of them on the list, citing neglect and substantial amounts of taxes owed.

Councilors were given an initial list of 38 properties prior to their regular meeting on Monday, Nov. 15. During that meeting, City Manager Penny Thompson noted that four properties — 96 Main St., 34 West Presque Isle Road, 898 Van Buren Road and 22 Veronica St. — were no longer on the list because the owners had paid all taxes that same day.

Thompson recommended that the council not foreclose on the Access Highway lots due to mobile homes being located on those properties. After recent foreclosures on similar properties, Thompson said, the owner threatened to charge the city rent.

“We’re fortunate that our public works director went out there and dismantled [the mobile homes], so the city did not have to pay for rent,” Thompson said. “But, in theory, those are things that can happen.”

Councilors also voted unanimously to waive foreclosure on properties located on the East Presque Isle Road and Lyndon Street that are owned by investment group Merlin One, LLC.

Deputy City Mayor Thomas Ayer cited a previous foreclosure of Merlin One property at 142 Lower Lyndon St. as reasons why he thought the council should avoid responsibility for such land in the future.

Though Merlin One previously rented the Lower Lyndon property to Versant Power to operate a switch station, Versant no longer uses the property and Merlin One owes the city $78,897 in unpaid taxes, Thompson noted.

While the Lyndon Street property contains two tanks from a now defunct steam and diesel plant, the East Presque Isle Road property is vacant land. Ayer said that the city’s clean-up of hazardous materials at the plant site, including asbestos, is something that he fears could happen again if the city acquires more Merlin One property.

“Anything that has to do with Merlin One, I wouldn’t foreclose on,” Ayer said.

The council also opted to leave property at 375 Belanger Road on the list of future foreclosures. Though councilors waived the foreclosure last year, no recent taxes have been paid and neighbors have complained about farm animals not being fenced in, noted code enforcement officer Ken Murchison.

In other business, the council voted 4-2 to allow a proposed amendment to the city’s charter regarding voter approval of capital improvement projects. The vote included all councilors except Courtney Boma, who was absent from the meeting.

Currently, the charter says that all capital improvement projects of $500,000 or more “shall be submitted to the registered voters” of Caribou through a referendum vote.

The charter defines a project as “a complete list of capital expense purchases combined together to build a building, purchase vehicles or machinery, provide a service to the citizens of the city, or a combination thereof, and not currently part of the schedule of City assets.”

If passed by voters during a June 2022 referendum, a new provision within the charter would require the total number of votes for or against a project to equal or exceed 65 percent of the total number of registered voters in Caribou when the election occurs. A majority vote in favor of any capital improvement project would give the project the green light to begin.

Councilor Joan Theriault voted against the provision, stating concerns about the required percentage of voters.

“To get 65 percent of total voters, you would probably need 3,500 people to vote. We don’t usually get that many voters. I think we had 1,800 in the last election,” Theriault said.

“I understand that we want to make sure everyone gets a chance to vote, but I don’t think you’re going to get that many people to come out and vote,” Willey said. “It could keep the council from pursuing projects that we want to do.”

The next Caribou City Council meeting will be held at 6 p.m. on Monday, Nov. 29, in the Council Chambers at 25 High St.

For the first time since 2019, there is competition for open seats on the Houlton Town Council
Pets END_OF_DOCUMENT_TOKEN_TO_BE_REPLACED

All of us at the Central Aroostook Humane Society hope that you had a wonderful and safe Thanksgiving holiday.  One change in shelter hours: just for the month of December, we will be closed Thursdays for training purposes.
What's Happening This Week END_OF_DOCUMENT_TOKEN_TO_BE_REPLACED