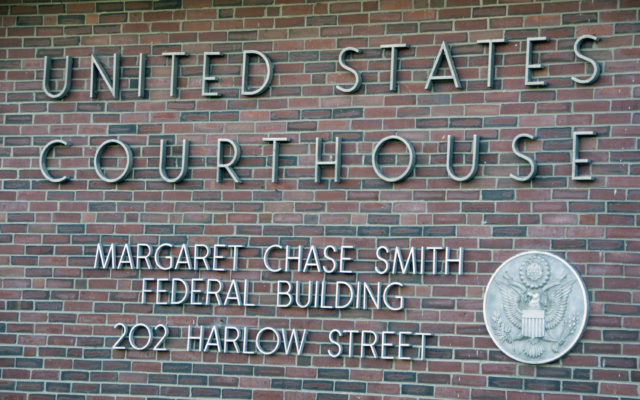 David DiMinno • December 14, 2021
A Presque Isle man was sentenced in federal court in Bangor on Dec. 10 for conspiring to distribute methamphetamine.

BANGOR and PRESQUE ISLE, Maine — A Presque Isle man was sentenced in federal court in Bangor on Dec. 10 for conspiring to distribute methamphetamine.

Deveau had pleaded guilty in January.

Court records indicate that between about July 2018 and May 2019, members of the conspiracy to which Deveau was connected had obtained methamphetamine from western and southern states, which they distributed throughout Aroostook County, as well as other central and northern Maine areas.

Deveau and conspirators also traveled to Georgia once to procure drugs which were intended  These drugs were then distributed throughout Aroostook County, as well as throughout parts of central and northern Maine. Deveau and his conspirators had also traveled to Georgia on one occasion to obtain drugs intended for distribution in Maine, court records stated.

The operation was undertaken by the Organized Crime Drug Enforcement Task Forces, who seek to identify, disrupt and dismantle high-level criminal organizations that threaten the United States, McElwee said.

For the first time since 2019, there is competition for open seats on the Houlton Town Council
Pets END_OF_DOCUMENT_TOKEN_TO_BE_REPLACED

One week ago we took in these two kittens and their mom who were considered barn cats and pretty much left to their own devices. With the cold weather temperatures and no food mom took her babies to the neighbors who took it upon themselves to get them to a safe place.

Every year thousands of unwanted pets are returned, given away or abandoned to their fates. Some of these pets were gifts for birthdays, Christmas or other occasions.  We have shared this information in the past, but we feel it is worth repeating.

ave you ever been around your dog and wondered what she is thinking or feeling?  Surely you have caught your canine doing something bizarre that has made you question his or her mental status.  Even the position that your dog sleeps in means something.
What's Happening This Week END_OF_DOCUMENT_TOKEN_TO_BE_REPLACED

Check out what's happening this week in the central/southern Aroostook County area.