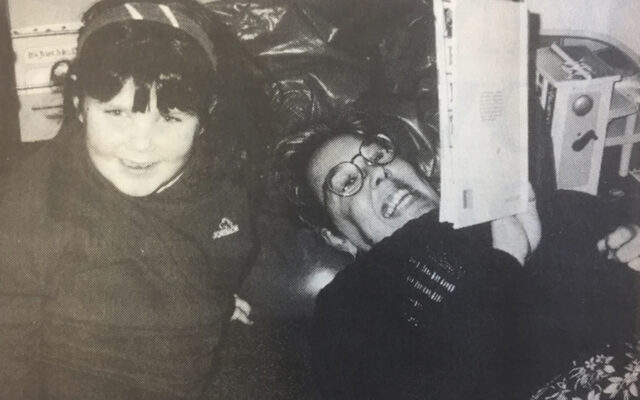 Beth Lacombe, Special to The County • December 29, 2021
100 Years Ago - Dec. 29, 1921 Unemployment bureau -- A further step to relieving unemployment in Houlton this winter and providing work for those in need was taken this week with the establishment of an Unemployment Registration Bureau at the office of the Selectmen.

Unemployment bureau — A further step to relieving unemployment in Houlton this winter and providing work for those in need was taken this week with the establishment of an Unemployment Registration Bureau at the office of the Selectmen.

Siren replaces police bell — The electric bell on the lamp post at Purlington’s corner to summon the police has been replaced by a modern siren atop the Rice block which can be heard as far away as the Grange Store and the B&A Station.

Exchange Hotel burns — One of the early landmarks of this town, the Houlton Exchange Hotel on Patten Street, was destroyed by fire causing a loss of $15,000. The lobby also contained a grocery store. It was the only hotel in the community.

Play area in the works — Director of the recreational department, Robert Hunter, announced today that plans for a playground at the empty lot near St. Mary’s. The town donated the land to make a playground for the children in the area. Funds for this play area were raised through local clubs of the community.

First MooseStompers underway — Plans are progressing for the area’s first MooseStompers Weekend on Feb. 7-9, 1997. The event is sponsored by the Town of Houlton and three local ski doo clubs. All sorts of games, activities and events will take place at the event.

Annual auction — The Houlton Rotary Club has termed this year’s Radio/TV Auction a success to date as the club has made over $15,000 to fund their charities with some additional money still to come in. It was the first year for the TV coverage to go along with the radio coverage. Club President Chris Anderson said the auction is a success due to the generosity of local businesses and citizens.

For the first time since 2019, there is competition for open seats on the Houlton Town Council
Pets END_OF_DOCUMENT_TOKEN_TO_BE_REPLACED

We hope everyone enjoyed a wonderful holiday season and is looking forward to the new year.  December was a busy month at the Central Aroostook Humane Society with so many people and businesses bringing in much-needed supplies and monetary donations, which help us to take care of the special temporary pets in our care.
What's Happening This Week END_OF_DOCUMENT_TOKEN_TO_BE_REPLACED