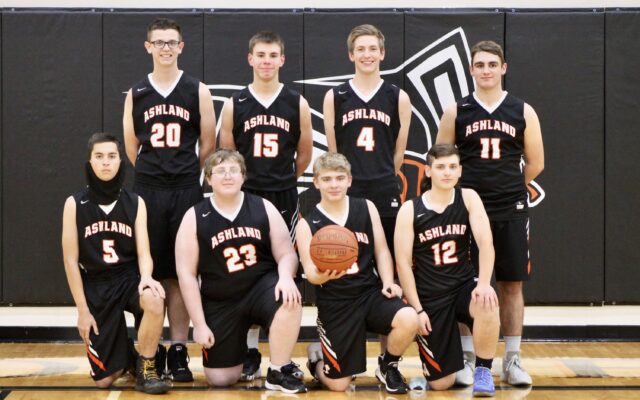 Kevin Sjoberg • January 8, 2022
As late as Dec. 2, Lucas Belanger didn’t know he was going to have a team to coach this winter due to a lack of numbers.

ASHLAND, Maine — As late as Dec. 2, Lucas Belanger didn’t know he was going to have a team to coach this winter due to a lack of numbers.

But with seven players signed up, the Hornets were given approval to proceed and Belanger is ready to begin his seventh season as the head coach.

“For now, I have been focused on trying to keep a healthy group together,” Belanger said. “For a small team, when one person is missing, it definitely does not go unnoticed.

“But this group has started to develop some chemistry and figure out each teammates’ habits as practices continue,” he added.

Freshman Cole Eastman, who plays up front, and sophomore guards Inyas Janoch and Andrew Dotson are the only returning players from last season, in which the Hornets competed in an abbreviated schedule within an Aroostook League pod due to COVID-19 restrictions.

“Last season was just full of new experiences and some of those experiences we hope do not stick around for the future,” Belanger said. “This year’s group knows everyone needs to stick together and work hard, but nothing will be easy.”

Newcomers to the Ashland squad are freshman Hunter Cunningham and juniors Dakota Sutherland, Austin Clark and Brady Berry. Cunningham and Clark will compete for spots in the frontcourt, while Sutherland and Berry will look to contribute in the backcourt.

Freshman Grant Thomas and homeschooled student Benjamin Davis were added late to the squad to help bolster the roster.

“As of now, I do not have a set starting lineup, but I know everyone will have to contribute to be successful this year,” Belanger said.

The veteran coach said his coaching philosophy changes depending on the team’s makeup, “but working hard and not quitting on anything is always a constant with me.”

Belanger said that with four of the seven players being new to the team, the Hornets will be working to create an identity early in the season, especially on the defensive end of the floor.

“I’ll also be trying to tailor the offense to better suit the team’s needs,” he said.

Belanger said with the low numbers combined with a tough schedule, he and his squad know they face some lofty challenges ahead.

“Going back to an 18-game schedule is not going to do this team any favors,” said Belanger, whose team competes in the Class D Northern Region. “We have some longer travel times and some truly difficult opponents.

“The key elements to be successful this year is for us to grow and improve as basketball players and stay healthy during the lengthy winter season,” he added.

For the first time since 2019, there is competition for open seats on the Houlton Town Council
Pets END_OF_DOCUMENT_TOKEN_TO_BE_REPLACED

We hope everyone enjoyed a wonderful holiday season and is looking forward to the new year.  December was a busy month at the Central Aroostook Humane Society with so many people and businesses bringing in much-needed supplies and monetary donations, which help us to take care of the special temporary pets in our care.
What's Happening This Week END_OF_DOCUMENT_TOKEN_TO_BE_REPLACED