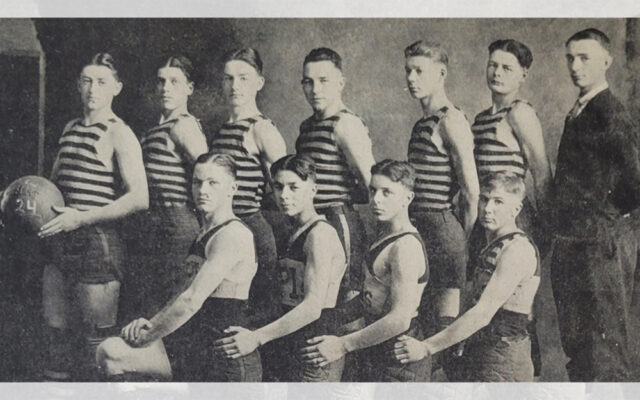 Roy Nickerson home from Italy — Pfc. Roy Nickerson arrived home from Gorizia, Italy, where he had been stationed the previous six months. He served with the Public Relations section of the 88th “Blue Devil” division on duty at the Morgan Line in the disputed Venezia Giulia area in northern Italy. He was formerly associated with the Army newspaper, “The Stars and Stripes,” in Rome. He spent a furlough with his parents, Mr. and Mrs. Jasper Nickerson of Mountain View Apts., and he expected to receive his discharge Jan. 29. He left afterwards for South America, as fieldman for the Pan-American Society of Tropical Research in Ecuador.

Fort firm bought into Star City — H.G. Slipp Inc. opened up shop on Main Street in Presque Isle after closing and leaving behind their facilities in Fort Fairfield. The Ford dealership, in business in Fort Fairfield since 1956, moved into what became known as the Osborn Ford Sales plant in Presque Isle with long-range expansion plans. The company, owned by Harold G. Slipp of Fort Fairfield, was seeking more business and needed the space to grow. The Osborn Ford Sales facility provided a much bigger shop space for the Slipp company, and the size of the service garage could double the size upon moving to Presque Isle. Sales manager Fairfield Boulier,  along with the rest of the Slipp employees, moved to Presque Isle, and the company planned on employing some of the personnel working for Osborn. H.G. Slipp bought Osborn Ford Sales from Everett Osborn of Presque Isle, who had been operating the Presque Isle dealership since he bought it as Berry Motor Company eight years prior.

Currier and Campbell were named as sergeants — Members of the Presque Isle Police Department promoted two officers, Patrolman Laurie Currier and Patrolman Detective Bill Campbell, to the rank of patrol sergeant, following an extensive testing procedure. The promotions were brought about after then-Deputy Chief Naldo Gagnon was named to the chief’s position,  which left a vacancy in the second-in-command seat. Currier, 32, a graduate of Presque Isle High School, brought 10 years of service with the PIPD to her new position. The local department served as Currier’s first police job following a four-year stint in the U.S. Army, where she served as an interrogator. Campbell, 34, started his police career in 1986 after graduating from the police academy, when he went to work for the South Berwick Police Department, from there, he moved on to the Lebanon Police Department before arriving in Presque Isle. He had been with the force since 1989.

CCM announced position change — Catholic Charities Maine announced that the position of Aroostook Parish Social Ministry Coordinator was renamed Associate Director for the Office of Social Justice and Peace. Leo Paquin Jr. occupied this position. This change was being made in order to better reflect the responsibilities of the position. The Parish Social Ministry seeked to support and enhance the work of parish volunteers meeting the social needs of their communities. The Associate Director was the primary staff person responsible for supporting Catholic parishes in Aroostook and Washington counties.

For the first time since 2019, there is competition for open seats on the Houlton Town Council
Pets END_OF_DOCUMENT_TOKEN_TO_BE_REPLACED

We hope everyone enjoyed a wonderful holiday season and is looking forward to the new year.  December was a busy month at the Central Aroostook Humane Society with so many people and businesses bringing in much-needed supplies and monetary donations, which help us to take care of the special temporary pets in our care.
What's Happening This Week END_OF_DOCUMENT_TOKEN_TO_BE_REPLACED