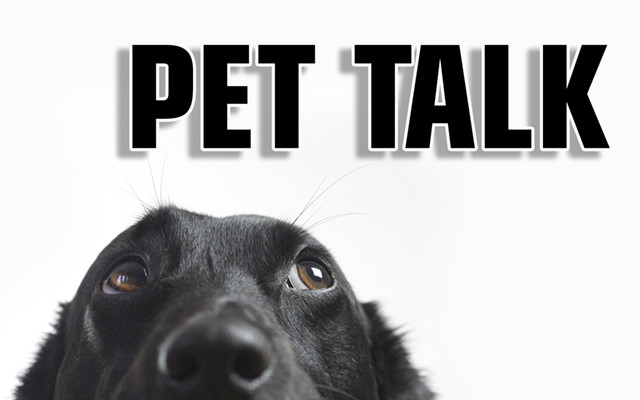 C.J. Virgie, Special to The County • March 9, 2022
On Dec. 7, 2017, 19 dogs were seized by Animal Welfare. Charlie, his sister and six other dogs were brought to Houlton Humane Society. The remaining dogs from the state seizure were placed in shelters around Maine. Unfortunately, none had a good start.

On Dec. 7, 2017, 19 dogs were seized by Animal Welfare. Charlie, his sister and six other dogs were brought to Houlton Humane Society. The remaining dogs from the state seizure were placed in shelters around Maine. Unfortunately, none had a good start.

Charlie was terrified of everything and would freak out when staff walked him. If we accidentally scuffed our feet or a car drove past, he would cower and try to get away.

Charlie was at the shelter for three years because he couldn’t trust people other than a few staff he saw on a regular basis. Finally, the shelter manager took him on as a foster. The idea was to remove him from the sterile environment of a shelter and into a home setting. The hope was to get him to start trusting again. He loved his foster home and all the animals that lived there, plus all the fosters that came and went daily, weekly, and even those that stayed for months before they found their new forever homes.

When other fosters were brought into the home, Charlie would comfort little kittens and small older dogs. A lot was learned about Charlie while he was being fostered. He was tolerant of cats and dogs, not food aggressive, was house trained, loved to ride in cars and side-by-sides, and would come immediately when called. But he also liked to get into the trash and take the foster parent’s personal items for comfort when he was left at home — not to destroy but to lay with.

But Charlie still had trust issues. Whenever people came to our home, Charlie would cower, shake or hide. If people tried to show affection or reach out to pat him, he would snap at them and try to hide.

Charlie and his foster family were waiting for the right person to come along. Charlie needed someone with a kind and patient soul that understood the trauma he had gone through. He needed a quiet home with a single owner, in a remote area, without a lot of people who visit.

Charlie had two meet and greets with a man who wanted to adopt him. The first meeting was done at a neutral location. He knew Charlie’s history and didn’t try to force himself on Charlie. While Charlie didn’t jump into his arms, he also didn’t shrink away from him. Charlie walked by him, sniffed his leg, and even jumped on the back of his truck. He even took a couple of dog bones from him.

The second meeting was at the man’s home. If this meeting went well, the plan was to leave Charlie with his new owner. While this was what we had been working toward for two years, it felt like we were abandoning Charlie. Well, the meeting went very well. Charlie met the man, seemed to remember him, and went into his house without hesitation. We visited, ate lunch, and explored the grounds. It was apparent that Charlie was at ease in this environment.

Today was the most challenging day for us, because we had found the best person and home for Charlie. Even though this was our goal, it was tough to let him go.

We love you, Charlie, and only want the best life for you. Happy life, Sweet Boy!

Such a bittersweet day with lots of tears.

The Houlton Humane Society is located on 263 Callaghan Road, Houlton, ME. Officials can be reached at 532-2862 or via email at info@houltonhumanesociety.net.

A familiar face to Aroostook County residents has announced her candidacy for the Maine State Senate.
Pets END_OF_DOCUMENT_TOKEN_TO_BE_REPLACED

One addition to last week’s “Kindness abounds” story on the generosity of local area youth: Just last week, 11-year-old Michaela stopped by the shelter armed with bags of dog and cat food and special treats.
What's Happening This Week END_OF_DOCUMENT_TOKEN_TO_BE_REPLACED