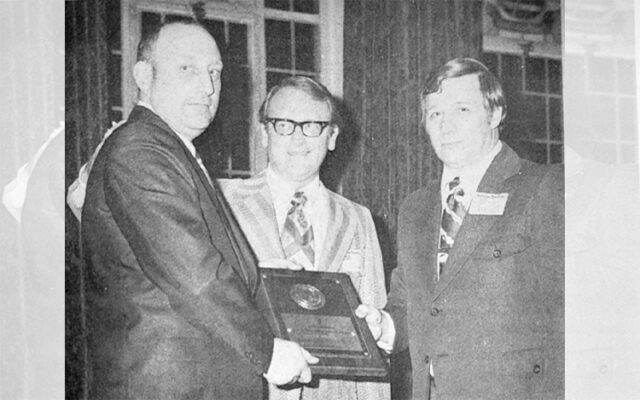 Contributed • April 14, 2022
115 Years Ago - April 17, 1907 New block tenants -- The rooms in the Times block, Which have been occupied by the Elk’s Club for the past three years, Will be occupied by a branch of the Young Men’s Catholic Union, of which James Donelly, a prominent  young lawyer is president.

New block tenants — The rooms in the Times block, Which have been occupied by the Elk’s Club for the past three years, Will be occupied by a branch of the Young Men’s Catholic Union, of which James Donelly, a prominent  young lawyer is president.

Opening back up — The Palmer House of Patten, which has been closed since last fall, has opened again, under the management of G.L. Foss.

Airport news — Linwood Lawrence announced that the new Cessna, Model 120, arrived Tuesday this week and that it is available for the public to see at any time. This model is the less expensive of the two models that Mr. Lawrence carries at this time.

Abnaki archers take two from Houlton F. & G. — The Houlton Fish and Game Club archers suffered a second defeat at the hands of the Abnaki Club arrow slingers at Presque Isle Sunday when both the first and second teams dropped their matches. The varsity team showed the strength it is developing when it pushed the host club to three ends before a decision was reached. The final margin in this contest was 36 points.

Open house in Bridgewater — Area citizens are invited to the ribbon cutting and open house ceremonies at the newly developed Bridgewater Family Practice on Sunday, April 27.

A familiar face to Aroostook County residents has announced her candidacy for the Maine State Senate.
Pets END_OF_DOCUMENT_TOKEN_TO_BE_REPLACED

One addition to last week’s “Kindness abounds” story on the generosity of local area youth: Just last week, 11-year-old Michaela stopped by the shelter armed with bags of dog and cat food and special treats.
What's Happening This Week END_OF_DOCUMENT_TOKEN_TO_BE_REPLACED