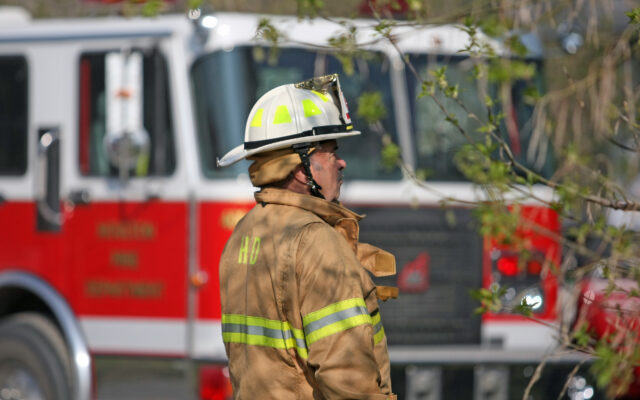 Joseph Cyr • May 13, 2022
The Houlton Fire Department is experiencing a busy stretch of activity due to several fires in the area over the past week.

HOULTON, Maine — The Houlton Fire Department is experiencing a busy stretch of activity due to several fires in the area over the past week.

Three fires over a three-day period kept Houlton Fire Chief Milton Cone and his crew busy. Two  of those were grass fires.

On Thursday, May 12, the department was called to 24 Franklin Ave. for reports of a structure fire at 7:45 a.m. The building is owned by Violet and Arlo Hall but was being rented to Matthew Roy and Katie Mountain. 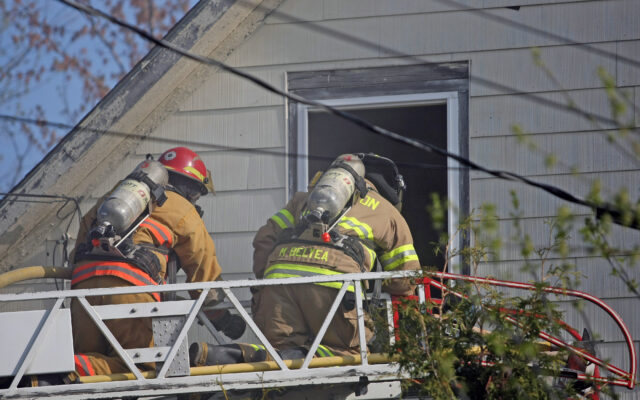 Two members of the Houlton Fire Department try to gain access to a second-story fire to a home on Franklin Avenue Thursday morning in Houlton. The Maine State Fire Marshall’s Office was called in to investigate the source of the fire. (Joseph Cyr | Houlton Pioneer Times)

The fire was reported to the department by Roy, who said there was a fire in an upstairs bedroom. Roy attempted to extinguish the fire himself, but was unsuccessful.

Chief Cone said the conditions inside the building made it impossible for firefighters to gain access to the upstairs because of a large amount of garbage and debris found inside.

“There was barely enough room for a walking path,” Cone said.

Firefighters instead were forced to attack the fire from outside the second story windows by using the department’s ladder truck. Approximately 500 gallons of water were used to extinguish the flames.

The occupants of the home escaped the building unharmed. The Maine State Fire Marshal was called in to investigate the cause of the fire.

Later that same day, the Houlton Fire Department responded to reports of a grass fire at the Houlton Community Golf Course. The fire was ignited when branches made contact with electrical wires, sending a shower of sparks onto the ground, which ignited.

The fire was contained to a 100-square-foot area on the golf course.

A familiar face to Aroostook County residents has announced her candidacy for the Maine State Senate.
Pets END_OF_DOCUMENT_TOKEN_TO_BE_REPLACED

A big shout out to Carter Cyr of Sinclair. This kind and compassionate 12-year-old boy started his own business in the Long Lake area and donated a portion of his proceeds to the shelter.
What's Happening This Week END_OF_DOCUMENT_TOKEN_TO_BE_REPLACED