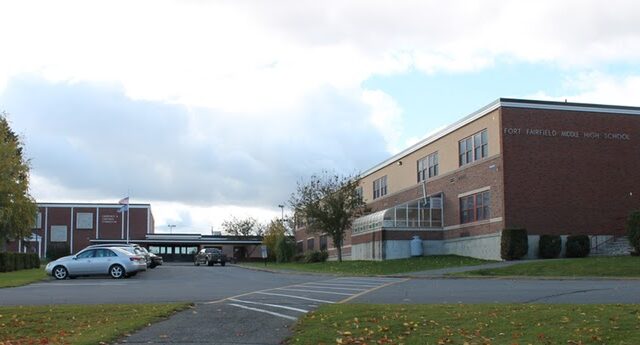 Contributed • June 2, 2022
The Fort Fairfield High School Athletic Hall of Fame has announced its 8th class to be inducted on Thursday, July 14, at the high school.

FORT FAIRFIELD, Maine – The Fort Fairfield High School Athletic Hall of Fame has announced its 8th class to be inducted on Thursday, July 14, at the high school.

Tickets are now available for the banquet and induction ceremony which begins at 5 p.m. with a social hour, followed by the meal at 6 p.m. with the induction of this year’s class of five athletes/contributors.

Only 125 tickets will be available. Tickets can be purchased by contacting Larry Gardner at 551-5001 or emailing him at lgardner@msad20.org.

This year’s sit down meal will have a choice of prime rib or baked stuffed haddock, along with twice baked potatoes, buttered peas, macaroni salad, dinner rolls and dessert. Ticket prices are $35 per person. Fort Fairfield student athletes will again be servers for the meal which adds a great touch of class to the event.

Honored guests will include previous inductees, along with this year’s two student-athlete recipients of the Athletic Boosters Clubs Scholarships. A video slideshow and introduction will highlight the evening, along with the presentation of Hall of Fame jackets and plaques to each inductee.

A special presentation will be made to the “Team of the Year,” a team from the past selected for the honor. This year’s team will be all the 1980 Class B field hockey team. All team members will be invited and honored prior to the induction of this year’s new members.

The 2022 FFHS Athletic Hall of Fame inductees and a short biography of some of their accomplishments, are as follows:

Maranda Butler Bubar (athlete) – A 2003 graduate and strong, physical player, Butler was an outstanding 5-sport athlete who lettered in basketball, soccer, cross-country, softball and volleyball. She was team captain and leader of all five sports. Butler won the Mahaney Award for outstanding senior athlete along with the Nelson Award as the top soccer player where she was the second highest goal scorer at the time upon graduation. She helped lead her basketball team to four tournament appearances at the Bangor Auditorium and was selected to the All-Tourney Eastern Maine team in Class D. She also led her softball team to an Eastern Maine runner-up finish in 2002.

Caleb Daigle (Athlete) – A 2015 graduate and multi-sport star athlete who lettered in basketball, soccer and track and field, Daigle was the 2015 State Class “C” Champion in the 220 Meter dash and helped lead his basketball team to the 2015 Class C Eastern Maine Championship. Daigle was All-Aroostook in soccer and won the Nelson Award as the outstanding soccer player. He helped lead his volleyball team the “County” Championship and was selected tourney MVP.

John McCrea (contributor) – A 1972 graduate, McCrea was selected for his outstanding contributions and service to FFHS athletics and community work. He has coached girls volleyball since 1994 where his teams have captured eight County Championships and several second and third place finishes as well. He has been assistant coach for varsity baseball and softball teams and has kept the clock for basketball games since 1985. McCrea has been involved in the Athletic Booster Club for many years, always willing to help with any projects and fundraisers. He has been a member of AVCC since 2000, a board director since 2002 and president in 2020-21.

Patty Morneault (athlete) – A 1981 graduate, Morneault competed in basketball, field hockey, softball and volleyball earning several varsity letters. She was a gifted all-around athlete and her contributions to each of her teams was invaluable. Morneault was one of the most revered and feared penalty strikers in Eastern Maine and led her 1980 Field Hockey team to the Eastern Maine Class B title.

Morneault also was an avid basketball, volleyball and softball player where she helped lead her teams to several postseason appearances. Her contributions to the Fort Fairfield High School girls’ sports programs was undeniably valued by her classmates and was voted by those same peers at “most athletic”’ for the Class of 1981.

Recently we took in a cat named Joe. He is a very sweet cat with a multitude of problems. He was rescued from the streets here in town, but Joe turned out to be a very sick kitty and was surrendered to The Ark because the resources were not there to help him.
What's Happening This Week END_OF_DOCUMENT_TOKEN_TO_BE_REPLACED