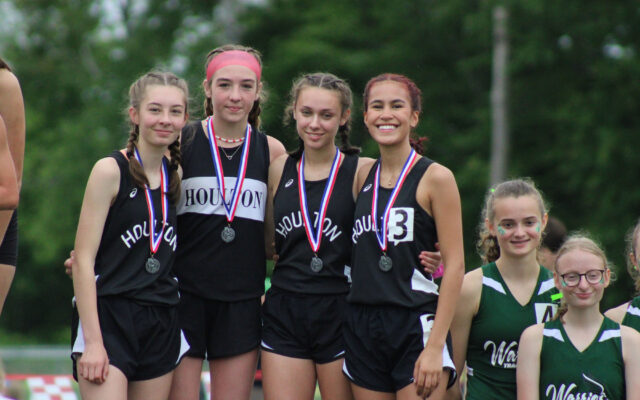 Joseph Cyr • June 6, 2022
A strong overall effort was put in by members of the Houlton-Greater Houlton Christian Academy track and field squad over the weekend as the Shires competed in the state Class Class C championships at Lewiston High School.

LEWISTON, Maine — A strong overall effort was put in by members of the Houlton-Greater Houlton Christian Academy track and field squad over the weekend as the Shires competed in the state Class Class C championships at Lewiston High School.

The day started out unseasonably cool, according to coach Chris Rines. And while that temperature was a treat for the distance runners, it may have been detrimental for other athletes in the field.

“Despite this, our girls team was able to rack up 36 points among the best competition we have faced all year, which is our highest total accumulation at the state level ever,” Rines said. “This was good for sixth place overall, which ties our best placing from a year ago.”

Freshman Teanne Ewings captured the state championship in the 1,600-meter run with her time of 5 minutes, 2.47 seconds. “Her finishing time was a two-second improvement over her time from just a week ago, and after the Class A and B results are figured into the mix, is the third-fastest girl’s 1600m in the state regardless of class this season,” Rines said.

Ewings also won the state title in the 800-meter race, with an impressive time of 2:24.77, which was about six seconds faster than the next runner.

“Teanne has really been a dominant force in the 800m all season,” Rines said. “She has had some close calls in her 1600m wins, but when it comes to the 800m, there really hasn’t been anyone near her all year.”

The girls 4x800m relay team of Natalie Johnson, Leanne Ross, Abby Duff, and Elena Ardell (running order), started out strong and actually led for the middle two legs of the event before a strong anchor leg out of Orono eventually pulled away, the coach said. The Shire squad finished second with a time of 10:47.39.

In the girls 400 event, senior Samantha Johnson placed sixth with a time of 1:05.26. “Sam has been super consistent with this event every season of her career and it was no different this day,” Rines said.

The girls 4×400 relay team of Sam Johnson, Isabella Ardell, Elena Ardell and Ewings placed third with a time of 4:33.37.

The boys had a single lone scorer, Daniel Ross in the 1600m.  He managed to run ahead of his seeded placement and claim fourth place for 4 team points. 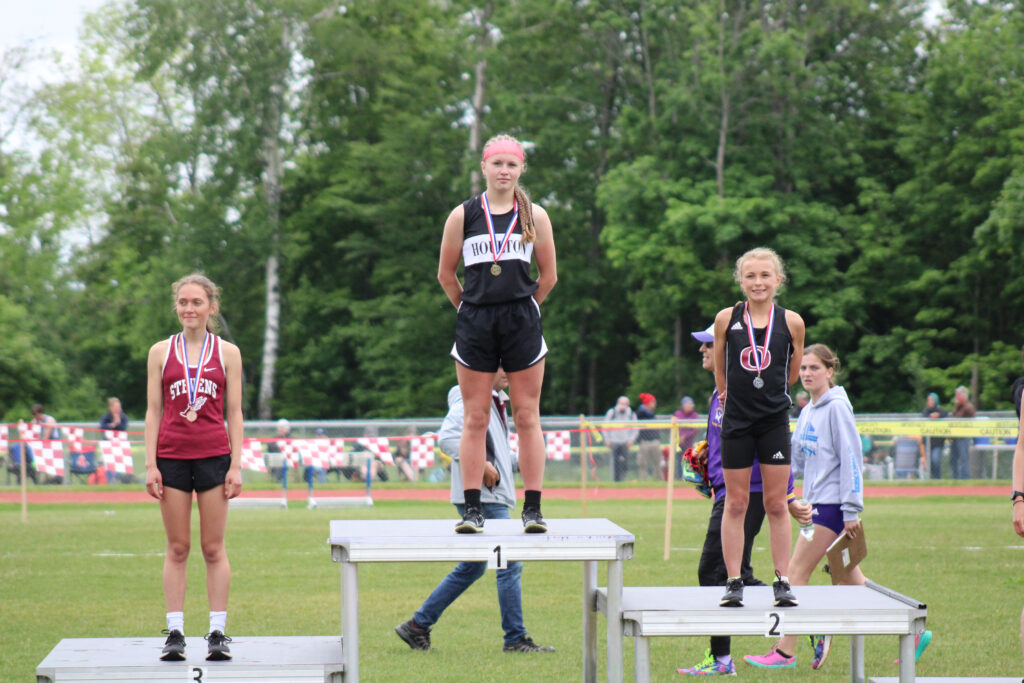 LEWISTON, Maine — June 6, 2022 — Teanne Ewings of the Houlton-GHCA track and field team captured the state championship in both the 1,600 meter and 800 races in the Class C championships Saturday in Lewiston.

A familiar face to Aroostook County residents has announced her candidacy for the Maine State Senate.
Pets END_OF_DOCUMENT_TOKEN_TO_BE_REPLACED

If you're a parent and your child is old enough to talk, chances are you've heard the phrase, "Can we get a (cat? dog? hamster?) Please, please, I promise to take care of it.”  To say that you feel pressure to ‘give in’ would be an understatement.
What's Happening This Week END_OF_DOCUMENT_TOKEN_TO_BE_REPLACED