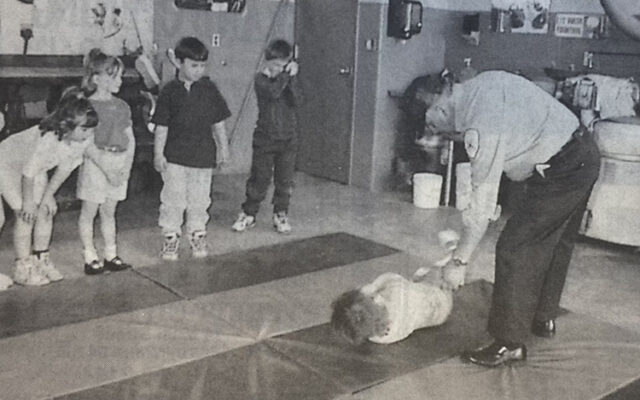 Lanette Virtanen • June 8, 2022
115 Years Ago - June 6, 1907 New sign -- The L.J. Sherwood Co. have placed a new sign 21 feet long over their store front. Raised or block letters covered with gold are used in its construction. These letters are as beautiful as they are rare and it is another proof of the fact that the best is none too good for this progressive corporation.

New sign — The L.J. Sherwood Co. have placed a new sign 21 feet long over their store front. Raised or block letters covered with gold are used in its construction. These letters are as beautiful as they are rare and it is another proof of the fact that the best is none too good for this progressive corporation.

Attractions being offered — C.H. Merrill of the Vaughan House offers attractions which are not found at every hotel. For a couple of years he has had three deer to show the public; they are kept in a small park with a high fence around it and always are interesting to watch. Tuesday there was an addition of two more deer, twins having been born that morning, and the little animals have attracted a large amount of attention.

And the winner is — In the contest of commercial students at Fort Fairfield last Saturday, Miss Marguerite Dudley of this town was the winner in the beginners typewriting contest.

New greenhouse to open — L.A. Hutchinson is planning to erect his new greenhouse sometime in July. The building will come knocked down, the same as most of the structures of this kind do, and will be assembled here. The erection of this greenhouse will mean considerable to Caribou and all near-by towns, enabling them to get fresh flowers for all occasions and at a short notice. Mr. Hutchinson has engaged the services of C.C. Newell of Waverley, Massachusetts, formerly of Aroostook, to take charge of the new enterprise. Mr. Newell has had several years experience in some of the best greenhouses in Massachusetts and is thoroughly qualified in every aspect.

Scholarship Funds — Representing friends and family of the late Richard Pratt, Mike McCormack presented a check for more than $1,000 to David Ouellette, principal of Caribou High School. The money is to go toward funding the Richard Pratt Memorial Scholarship. Pratt is remembered for his work as an English and Spanish teacher at the school for 35 years.

Concert tickets are selling fast — Come mid-August, the fields of Aroostook County could be filled with thousands of music fans in what may be the largest outdoor concert event ever held in northern Maine. County merchants are busy preparing to reap the benefits of a two-day concert planned at the former Loring Air Force Base Aug. 16-17. The Vermont-based rock group Phish is expected to attract more than 70,000 fans for the two-day musical event. The cost of the ticket is $70, which includes concerts on both days, parking and camping for the weekend.

June is generally a month that also marks the height of “kitten season,” when large litters of kittens are born and often end up in animal shelters.   Luckily, here at the Central Aroostook Humane Society, we have seen a dramatic drop in the cat population over the past five years, mostly due to our spay and neuter program.
What's Happening This Week END_OF_DOCUMENT_TOKEN_TO_BE_REPLACED