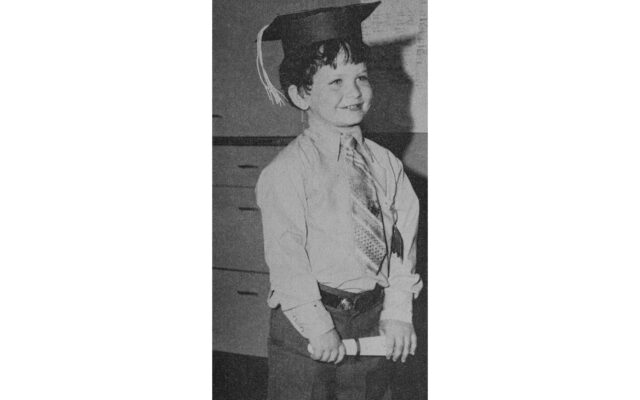 Contributed • June 8, 2022
115 Years Ago - June 12, 1907 Sport action – Houlton High played Gardiner High on the Tenney grounds Friday afternoon, winning by a score of 10-5. Up to the seventh inning the game was very interesting, but after that Gardiner went to pieces and Houlton won.

Sport action – Houlton High played Gardiner High on the Tenney grounds Friday afternoon, winning by a score of 10-5. Up to the seventh inning the game was very interesting, but after that Gardiner went to pieces and Houlton won.

Flour prices – John Alden Flour is the highest product from the choicest material.  Price $7 per barrel at your grocer’s. John Watson Company distributors.

Fire damages forge plant – Valiant work by the Houlton Fire Department undoubtedly saved a group of buildings adjacent to the forge plant of the Aspinwall Watson Company here early Sunday morning when flames caused damage. Company officials said damages may reach $10,000. Four lines of hose poured tons of water into nearby wooden buildings to keep the flames from spreading and the fire was brought under control in less than two hours.

Elks support enlistment program –  The War Department is making a special appeal to the young men who will graduate from high school this year to volunteer for military service, according to Thomas C. Vose, exalted ruler of Houlton Lodge of Elks. This word has been received by the Elks National Veterans Service Commission, which is cooperating with the War Department in its campaign to recruit 30,000 men required each month to keep the Army on the footing so vital to national defense. This year’s high school graduating class will be the first since 1940 that will have the opportunity to enter the Army service on a voluntary basis, and the number of these graduates who volunteer will be a factor in the solution of the problem of military manpower which has been complicated by the ending of Selective Service.

Bell selected for college program –  James Bell, a junior at Hodgdon High School, has been accepted to spend six weeks this summer at the University of Maine at Orono campus as one of the qualified high school juniors in UMO’s College Summer Program. Enrollment in the program is limited to about 100 students who may take two academic courses during the six-week summer session from July 10 to Aug, 18. The juniors attend classes as regular students, and their instructors do not know that they are high school students.

St. Mary’s School excels in testing –  Recent reports from the Roman Catholic Diocesan Office of Education in Portland indicate outstanding performance of St. Mary’s School children in the Science Research Associates tests of mental abilities and scholastic achievement taken in the fall of this school year.

Rotarians receive Paul Harris awards – Three Holton residents were recently presented Paul Harris Fellowships for their hard work and contributions to the area. The Paul Harris Fellowship is given to either a Rotarian or a non-Rotarian, in appreciation of tangible and significant assistance for the furtherance of better understanding and friendly relations between peoples of the world. This is the highest award that Rotary International bestows. For each award given, a contribution of $1,000 is given to Rotary International.  David Cotton was recognized for his work in making the Ricker College Scholarship program a success. Cheryl Clark, honorary Rotarian, was acknowledged for her dedication to the Houlton Rotary Club, assisting past club secretary Will Ruliffson with various duties. Rotarian Floyd Haskell was honored for his work in establishing a matching fund program to help educate, feed, and provide better living standards for the mountain children of Guatemala.

McSweeney gets Fitzpatrick scholarship –  Tenille McSweeney of Houlton was the proud recipient of the first annual Health Services Foundation Memorial Scholarship, awarded in memory of John T. Fitzpatrick, at Houlton High School’s Last Chapel ceremonies June 2. The $1000 scholarship was made possible by the outpouring of memorial donations made in Fitzpatrick’s honor after his untimely death last winter. As a dedicated and caring advocate for both quality healthcare and excellence in education, he demonstrated a lifelong commitment to improving both. A dedicated student who has shown drive and self-motivation in achieving her goals, McSweeney meets all the criteria and then some. She has been accepted in the registered nursing program at Northern Maine Technical College, where she will begin her studies next fall.

June is generally a month that also marks the height of “kitten season,” when large litters of kittens are born and often end up in animal shelters.   Luckily, here at the Central Aroostook Humane Society, we have seen a dramatic drop in the cat population over the past five years, mostly due to our spay and neuter program.
What's Happening This Week END_OF_DOCUMENT_TOKEN_TO_BE_REPLACED