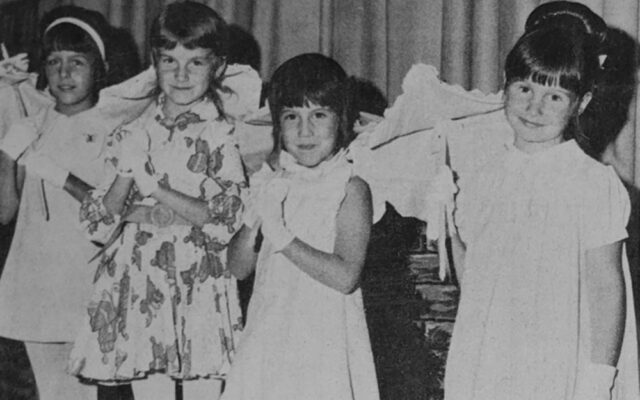 Yvonne Tardie • June 22, 2022
75 Years Ago - June 19, 1947 Henry J. Willett elected head of K. of C. — Henry J. Willett was elected grand knight of the local council of Knights of Columbus at the annual meeting. Other officers elected were:

B & A won a bronze — The Bangor and Aroostook Railroad was one of 12 American railroads to receive medals June 14 for outstanding employee safety records. The Maine road won a Bronze E.H. Harriman medal among Class I railroads reporting less than 5,000,000 man hours for 1971. Judging in the annual competition was conducted in four groups, three based on man hours worked and the fourth made up of switching and terminal companies. Other Bronze Medal winners were the Penn Central, the Elgin, Joliet and Eastern and the Indiana Harbor Belt. The Bangor and Aroostook had received seven individual awards by the National Safety Council for its 1971 performance.

Brown was elected district governor — Ralph A. Brown was elected top Rotary official for his home area by delegates to the Rotary International convention meeting June 15 in Houston, Texas. Brown was one of more than 330 men from 149 countries of the Rotary world elected a district governor for the 1972-73 eyar. As governor of District 781, his obligations coordinated the activities of some 30 clubs in his district. President of the Maine Public Service Company in Presque Isle, Brown was a trustee of the Maine Council of Economic Education, a member of the Maine Community Betterment Program, director of the Electric Council of New England and regional director of the Maine State Chamber of Commerce. He was past president of the Northeast District YMCA, The Presque Isle United Fund and the Presque Isle Area Chamber of Commerce. A Rotarian since 1957, he was a member and past member of the Rotary Club of Presque Isle.

Mapleton couple earned 1997 corporate award — David and Hannah Paiva of Aroostook Music Company in Mapleton were the recipients of the 1997 Corporate Award from the Maine Education association (MEA) for their personalized service to more than 30 public schools in northern Maine. The MEA’s Corporate Award recognizes companies that are making a significant contribution to public education. The Paivas and the Aroostook Company had kept instrumental music programs vital during five years of tight school budgets. Their staff provided free at-site repairs where needed, in the schools and at local, regional and state music festivals. The provided guest conducting, educational materials and clinics free to both students and music staff.

Dialysis donation — Steve Bowler, vice president of public information at The Aroostook Medical Center, accepted a $1,000 check from Susan Grove-Markwood of First Citizens Bank. The presentation was made to benefit the County Dialysis Center in Presque Isle, which to date had received more than $200,000 in local donations. The center opened May 28 with an open house that followed after a month.

June is generally a month that also marks the height of “kitten season,” when large litters of kittens are born and often end up in animal shelters.   Luckily, here at the Central Aroostook Humane Society, we have seen a dramatic drop in the cat population over the past five years, mostly due to our spay and neuter program.
What's Happening This Week END_OF_DOCUMENT_TOKEN_TO_BE_REPLACED